Sometime ago, a friend of mine who is a writer decided to decamp to Dumaguete to live—if only for a few years. [That was the plan; it was nothing permanent.] A native of Zamboanga, she had been living in Quezon City for some time and soon came to Dumaguete to be part of the Silliman University National Writers Workshop. Like others before her, she was immediately besotted with the place. So when her brother decided to pursue college at Silliman, she took that as a chance to make Dumaguete home as well—and in 2019, she moved.

She tweeted the following on the day she settled in: “Hello, sea! Hello, mountain! Hello, trees! Running on zero sleep and basically a bag of emotions today, but boy oh boy, this view from earlier [shows a photo] made me all the more smitten with this place.”

This is not the first time we’ve known this to happen. It’s almost a phenomenon—and us locals even have a word for it: “na-dagit.”

It means, of course, “kidnapped”—but one of the more benign and gentle variety. It is a take on the fabled origins of Dumaguete’s name. Legend has it that Dumaguete’s name came from the marauding expeditions of pirates from the South, who regularly pillaged villages around the Visayas and took as slaves their inhabitants. This was during the Spanish colonial period. [While history tells us these raids certainly happened, they mostly came as a response to Spanish incursions into Muslim Mindanao. History also tells us that a village called Dumaguet already existed, with the name pre-dating the pirate raids which reached its peak in the 18th century, spurred by the great market demand for slave labor for the Dutch East Indies. But all this deserves space for another article.]

This time around, however, we have turned around that terrible association with “kidnapping” into a kind of marketing ploy: to “dagit” now means to charm Dumaguete’s visitors enough that they decide to stay for good. Na-dagit.

This actually has so many anecdotal bases. I know a friend who was on his way to Manila from Mindanao, and when his boat docked for a few hours at the Dumaguete pier, he decided to go around the city—after which he went back to the boat, took his bags, and settled in Dumaguete for good. (He’s still here.) I know of another friend who went for a scuba diving vacation in Siquijor, passing through Dumaguete only to get to the airport and then home to the U.S.—but something about the place charmed her so much that she moved her entire family from America and settled in Dumaguete for good. I know of another friend who came to Dumaguete to visit his best friend—and soon found himself building a house overlooking Sulu Sea somewhere in Siaton.

These are stories we have taken to be regular fodders when we talk about our origins as Dumaguetnons—and chances are your parents or your grandparents were langyaw as well, settling into Dumaguete after studies in Silliman or after being assigned here for work—and now they and their offsprings are Dumaguetnons through and through.

There is much to love about Dumaguete—but truth to tell, there is also much to dislike. The City of Gentle People, alas, is not always so gentle.

Off the top of my head, I hate most the following things:

[2] The unbelievably high rentals—which rival that of more industrialized cities like Cebu.

[3] The over-abundance of expats.

There are other things I also dislike, but these take the cake.

But to go back to my writer friend. She posted something else on Twitter only a year ago: “Two years in and I’m no longer smitten with this place. Right now, it’s a mixture of love, hate, and righteous anger. Been writing about this place a lot—or at least been trying to—and it’s just incredibly challenging oscillating between introspective tenderness and fits of vituperative rage. Haaaaay, Duma.”

To be honest that made me laugh. Because it fits exactly one of the developmental stages of becoming Dumaguetnon, especially if one is a langyaw newly-migrated to the city.

I remember reading this blistering Philippines Free Press article on Dumaguete from 1969, written by the great Kerima Polotan, who was briefly a resident—and I love its candor:

“Dumaguete City is described by its radio station as ‘the city of gentle people.’ The presence of Silliman University is its one claim to fame; visitors like the Luces and the Rockefellers drop in, and the university is constantly rolling out the red carpet for some foreigner who, given his hot bath and his coffee promptly, might just leave a donation. Few seashore towns can match its beaches, the gray-blue-green scene across Tañon Strait, and the cross above the Santander town church in Cebu that you can see when there is no mist.

“The city has all the virtues and the drawbacks of the small town, a warm and generous people, but at the same time, a parochial mind, a pharisaical touchiness, a country-cousin kind of conceit, insulated against the rest of the world by a smugness deeper and broader than the sea around it. What saves Manila from being swept under by its filth is the irreverence of its inhabitants, its people’s willingness to question the demigods, and to be disenchanted. Manila survives its seasonal circuses and grows hardier than ever because it is not so touchy it cannot meet the antics of clowns like Antonio Villegas with therapeutic laughter.

“But the small town can’t do this. It is not capable of this kind of healing humor. Dumaguete hardly ever laughs at itself—if it did this, it would never recover. It takes itself very, very seriously. At any one time, there are seminars, forums, and workshops going on about demography, food production, manuring, modern math, history—things like those—but the town itself manifests a squeamishness about taking a long hard look at its own backyard. Anything that doesn’t smell of the status quo is rejected posthaste; anyone who disturbs the status quo is suspect; and the stranger who doesn’t do what the well-mannered guest is supposed to do—pat the horses, walk through the park, socialize—is marked for the butcher’s block.

“There is, among many, this pathetic ache to belong socially, to be counted as one in the elegant circle, to say and do only what will not bring one social disgrace, to speak softly and walk gently around and about the rich and the powerful, lest they shake their coattails at you. It matters little if the rich are rapacious, and the powerful are conscienceless: if they run for congress and are elected, they are ‘vindicated’ enough.”

Ouch. But I love this glorious, no-holds-barred read. It’s fundamental in our seeing this city in another light.

I’d like to quote another writer who also grappled with the same love/hate relationship with Dumaguete. The fictionist Timothy Montes, who hails from Eastern Samar, lived in Dumaguete in his youth, studying Biology at Silliman University, began pursuing his literary career here, and taught for sometime here as well—until he bolted for Davao City in the late 1990s. For the Sillimanian Magazine, he wrote an essay about why he “hated” Silliman—but in my quote, I’m going to replace “Silliman” here with “Dumaguete,” because the impression is really the same:

“[Dumaguete] is a beautiful place—so silent, so profound, so…dull. I hate [Dumaguete] for this poetic beauty, which so distracts us from intellectual verve and dampens our spirits into slothful dreariness as we watch each leaf twirl to the ground; listen to God in the silence of trees; and abstract the reality of our lives as we grapple with the historicity of each tree bark. Every day has a dramatic atmosphere of sad farewells. Lovers thrive on these farewells, and we listen to the dull echoes of our laughter in the cocoons of our rooms…

“Nothing happens. The [newspaper] can’t find enough dogs bitten by men, everybody knows everybody, and one resorts to gossip in the face of the uneventfulness of leaves falling to the ground. / Still, when one says goodbye, one never really leaves the place. The mild sadness grows within you and when you ask yourself what makes you hang around this place transfixed in time, you realize the irony of leaves falling to the ground.

“I love [Dumaguete]; that’s why I hate it. Like leaves falling to the ground, we are suspended in mid-air, and never quite reach the ground until we learn to despise it.”

Do you despise Dumaguete? How much? 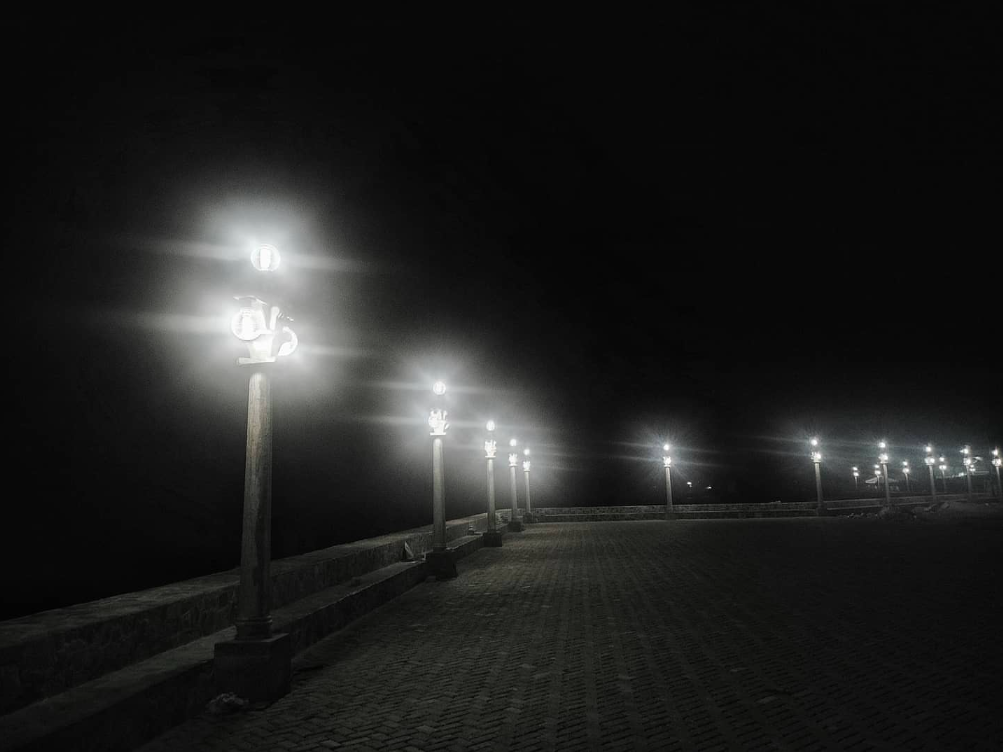