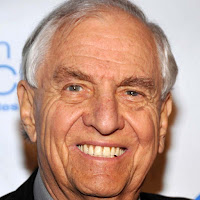 Two film directors I not-so-secretly loved -- Emile Ardolino and Garry Marshall -- gave us films that were the very epitome of guilty pleasure. They embraced the unabashedly commercial but infused their stories with a measure of intelligence that made their saccharine nature perfectly fine, perfectly bearable. Ardolino, who gave us Dirty Dancing and Sister Act, died many, many years ago from complications from AIDS. And Marshall, who gave us Pretty Woman and Beaches and The Princess Diaries, died today. Their best films captured a rare mood, a fantastic lightheartedness you don't see often in Hollywood films. Their colleagues in spirit, Nora Ephron and John Hughes, both of whom I adore, are also gone. (Only Ron Howard remains of their ilk. And let's not talk about Chris Columbus, shall we?) We will probably never see those kinds of films again. Commercial filmmaking today has become a different behemoth -- it has become the world of superheroes and fast cars and James Wan, and almost nothing else. So thank you, Mr. Marshall, for the laughter and the tears, while it lasted. (And thank you for casting Hector Elizondo in everything.)