For a few weeks now, I've been fiddling with the camera which my dear brother Edwin gave me before I left for India. My constant muse has always been Mark -- but, of course. I'm still tweaking some of those photos I took of him recently for a possible show, but in the meantime, here's one that he has posted in his blog... 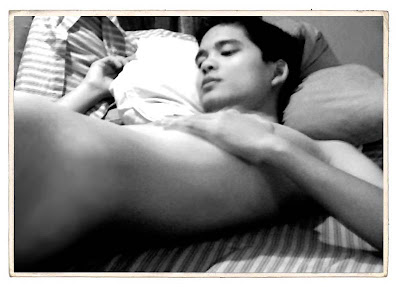 This one's inspired by the photography of Sakiko Nomura, whose iconic black and white photography seemed to me to be both subtle and raw at the same time.