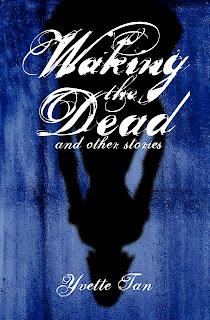 There is one simple reason why the horror stories of Yvette Tan come off with such a sense of satisfaction, and can be rightly considered as being among the best in the genre: reading her debut collection Waking the Dead and Other Stories [Anvil, 2009], I soon realize that at their darkest hearts, these stories are really all about love and longing. The malevolence at the center of each story can be quite terrifying, but somehow Tan manages to go above the fray of mere horror to underline the human element that is at its core. This is what makes them transcendent. Consider the title story, where a lovelorn man unlocks a secret language that can summon the dead -- all to call from the other realm the woman of his affections. You read on, and you are confronted by a vast variety of horror -- both human and supernatural -- but it all goes back to this: there's one, and there's the other, and there's the longing to connect or to love, but there's the darkness between them that consumes. This is most darkly exploited in "Stella for Star," where a tiyanak story becomes a dark fable of "motherly" love. In "Delivering the Goods," the precise and unfeeling butchering of a young boy for underworld reasons becomes a reflection for connection and fatherhood. In "Kulog," a kapre makes a connection with a little girl, to his own detriment. In "Daddy," a father's ghost phones in, to leave one last bilin. In "Boss, Ex?," a futuristic contraband movie chip becomes a means of dealing with the ghosts of the past, and loves lost. In the end, while you reel from the horror and the graphic details and the sense of dread of many of these stories, you are pulled in by the strange comfort of knowing that what lies beneath them is a pulsing heart -- bloodied and bruised, yes, but alive and filled with aching longing.