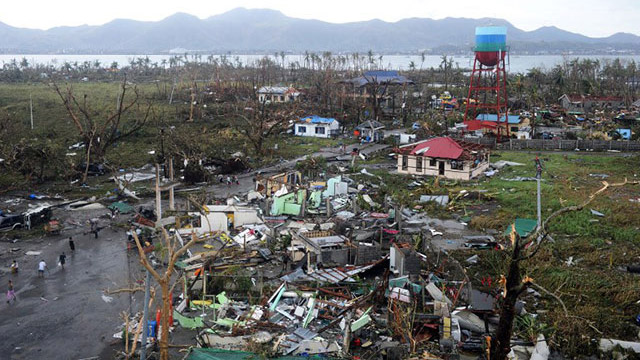 Earthquakes, typhoons. You always wake up in the aftermath of these devastations thanking the fates you have lived through the bad, and thanking even the higher fates for how the worst had missed the city where you live by pure accident of geography. Yet somehow it feels wrong to do even the slightest sort of thanksgiving: there are other people and other places who are living through the nightmares you have miraculously been spared from. So what do you thank for, really? Suddenly, to give thanks seem to have become an exercise in selfishness. Silence seems to be the most appropriate response. There will be no talk about the slightest inconveniences of having no electricity, for example. Better that than full-on devastation. So you turn on the television or the radio or the Internet instead, and the full horror of what has happened in the past 24 hours mounts for you in such graphic news clips and sound bites and social media links. The statistics and the pictures do not lie, and you are left to ponder once more the incessant questions about fleeting life, and the helplessness you feel in the glare of natural monstrosities. How do you deal? How do you help? How do you escape the glare of deaths and destruction everywhere and still remain human?