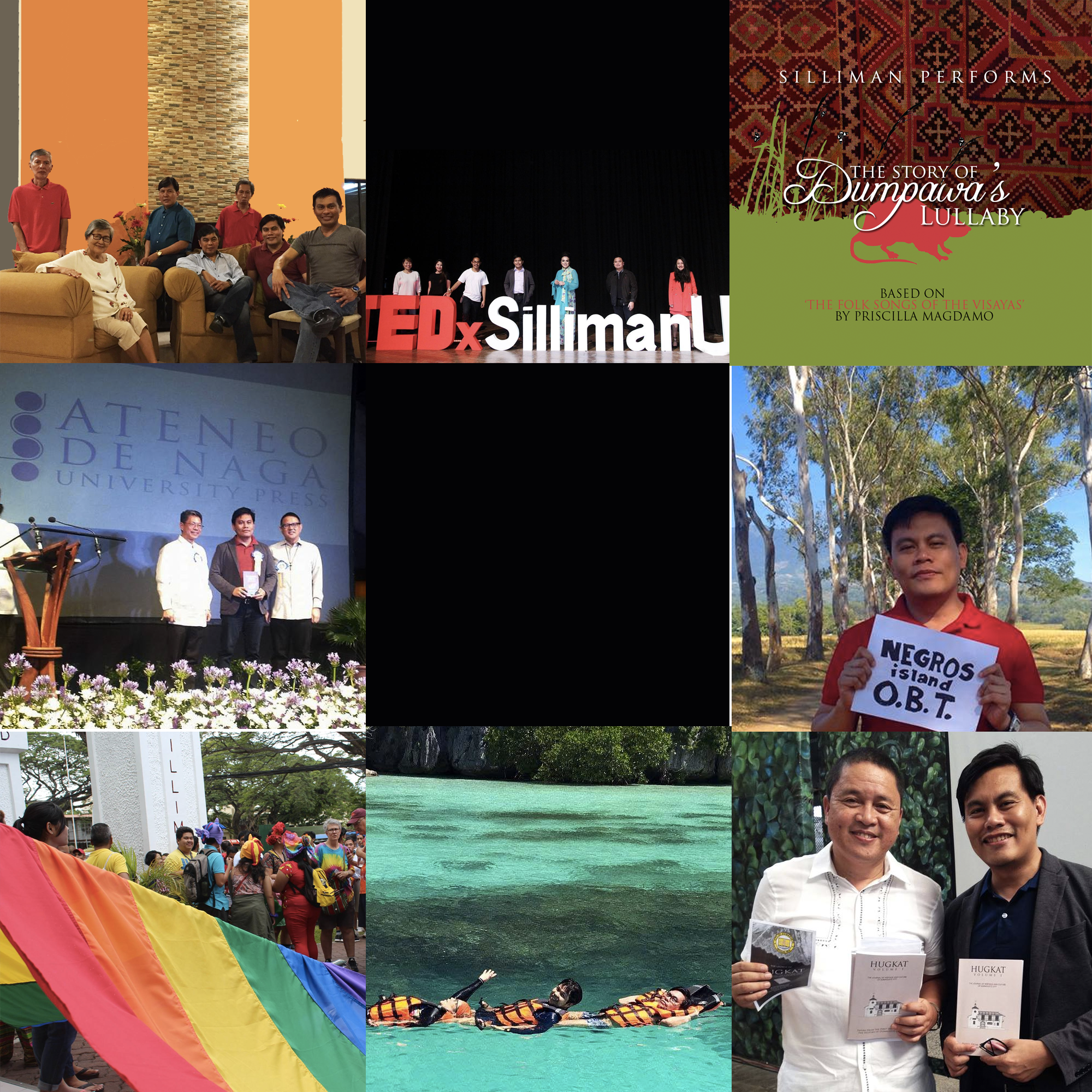 I resisted at first, not wanting to jump on the bandwagon of #BestNine2018 -- but soon I thought that if I was not going to join the Great Essay Writing Contest for the New Year, how else to assess the personal year that was? So I finally gave in -- and found out that despite the extreme challenges I faced last year, 2018 was actually a pretty swell year. So good in fact that I had to sacrifice so many other important highlights just to come up with the Best 9. What's gathered here are not just my personal gilded moments; each one also becomes a representation of many other things. So there was a grand family reunion like no other, a TEDx talk, a play I wrote [among other things I do for the CAC], a new collection of short stories, a magnificent road trip with good friends, a Pride Month celebration, a trip to Palawan with the NCCA, a heritage journal for the Tourism Office [among other things I do for it], and a black hole of a challenge in the middle of the year that on the whole made me a better man. Life's about appreciating all the best and all the worst. I survived 2018, I also lived it beautifully.