Someone recently asked what is my reason for staying in Dumaguete. A long time ago, the same question was asked the literary power couple Edilberto and Edith Tiempo, and their answer was simple: “The Dumaguete shoreline.”

On good days, when I walk by the famed Rizal Boulevard, I get what they meant. There is something about this specific view that tugs at the heart, and convinces you this is ample reason for staying. But I’m starting with a Tiempo story because my own answer is different—but literary.

People forget that the literary is in the heart of being Dumaguetnon, or of being Oriental Negrense. We who live here live in a place that’s practically the heart of Philippine literature—or at least one of its vital organs—and not just because this is home for many of our beloved writers, but also because its landscape has been thoroughly etched in so many poems, so many short stories, so many essays, so many novels, and so many plays. And not just by our homegrown writers; Dumaguete lives in the pages penned from so many writers from other places, all inspired by what they see as its bucolic air and its gentle people (and often its mystery), seduced by the “literary” spirit of the place, with many of them coming here to incubate in that particular atmosphere.

I remember the American writer Tim Tomlinson going for a diving vacation in Apo Island without prior knowledge of Dumaguete. “When I passed through the place,” he told me, “something struck me about it as a haven for writers for some reason.” Once he got back to Manila, he asked a poet friend, “What do you know about Dumaguete?” And that’s when he got to know a bit of Oriental Negrense literary history—that it is home to the oldest creative writing workshop in Asia, that it is home to two National Artists (Edith Tiempo and Eddie Romero), that it is home (and incubator) to so many contemporary writers who fill the pages of our anthologies and the shelves of our bookstores.

Grace Monte de Ramos is a poet from Siaton. Simon Nino Anton Baena is a poet from Bais. Rolin Miguel Cadallo Obina is a playwright also from Bais. Bobby Flores Villasis is a poet, fictionist, and dramatist from Bayawan. (His short story collection, Suite Bergamasque, is a sinful take on the denizens of the Rizal Boulevard sugar mansions, and many of his plays tackle the highs and lows of our landed class.) Ernesto Superal Yee is a poet and fictionist from Tanjay. (His novel Out of Doors is a scintillating love story with the backdrop of his city’s sugar country.)

Then there are the Dumaguete writers, like César Ruìz Aquino (read Chronicles of Suspicion), David C. Martinez (read A Country of Our Own), Artemio Tadena (read This Craft, As With a Woman Loved: Selected Poems), Jose V. Montebon Jr. (read Cupful of Anger, Bottle Full of Smoke), Rowena Tiempo Torrevillas (read Upon the Willows and Other Stories), Myrna Peña-Reyes (read Memory’s Mercy), and Edilberto Tiempo (read More Than Conquerors)—each of those books containing either glimpses or full vistas of life in Negros Oriental, for better or for worse (at least for drama’s sake).

A lot of them do reflect on some painful truths and social commentary—for example, the Dumaguete in Lakambini Sitoy’s novel Sweet Haven (hidden under the moniker Donostia) goes deep into social hypocrisy, and the Dumaguete in Elsa Martinez Coscolluela’s play In My Father’s House chronicles the sundering of family at the height of the Japanese Occupation during World War II. In Edith Tiempo’s story, “The Black Monkey,” a crippled woman battles her fears in the hills of Valencia also during the war.

Merlie Alunan has anthologized literary memories in The Dumaguete We Know, and together with Villasis edited the seminal Kabilin, the coffee-table book commemorating the provincial centenary in 1991. Dumaguete figures prominently in the fiction of Aida Rivera Ford (read “There’s a War Out There!”), Jaime An Lim (read “The Axolotl Colony”) and Antonio R. Enriquez (read “Butong”), the poetry of Anthony Tan (read “To a Tree Near a Boulevard”) and Ricaredo Demetillo (read “Banyan Tree”), and the plays of Lemuel Torrevillas (read “Looking for Edison or What’s the Name of the Guy Who Invented Something”), all of whom lived in the city in the formative years of their writing lives.

When you tackle the works of writers not from the province, you’ll be surprised to find Negros Oriental at the heart of some of their works: discover Bacong’s Leon Kilat in Krip Yuson’s novel The Great Philippine Jungle Energy Café; climb the foothills of Valencia in Gemino Abad’s poem “Casaroro Falls”; chart the heartbreaks of the Rizal Boulevard in the poems of Cesar Aljama (“Dumaguete Nights”), Ricardo M. De Ungria (“Dumaguete Blues”), Nerisa Del Carmen Guevara (“Boulevard Tree”), Jose Wendell Capili (“Hugging the Shore”), Jeneen Garcia (“On a Night Boat From Dumaguete”), and Diana T. Gamalinda (“Dumaguete”); dive into the dark (and sometimes fantastic or erotic) side of Dumaguete in the stories of Marianne Villanueva (“Dumaguete”), Leoncio Deriada (“Tartanilya”), Rosario Cruz Lucero (“Conundrums”), Dean Francis Alfar (“Six From Downtown”), and Susan S. Lara (“The Other Regina”); court nostalgia in the essays of Marjorie Evasco (“Tertullias at San Jose and a Family Album”), Francis Macansantos (“Two Masters”), and Timothy Montes (“Silliman in the Eighties: Of That Time, Second Person”).

There are our prominent historiographers who helped create the story of our past, such as Earl Jude Paul Cleope (read Bandit Zone: A History of the Free Areas of Negros Island During the Japanese Occupation), Caridad Aldecoa Rodriguez (read Negros Oriental: A History), and T. Valentino Sitoy (read A History of Christianity in the Philippines: The Initial Encounter), as well as cultural researchers whose outputs are foundational in Philippine cultural studies, such as Elena Maquiso (read Ulahingan and Mga Sugilanon sa Negros) and Priscilla Magdamo-Abraham (read The Folk Songs of the Visayas).

I once hosted a “litera-tour” of Dumaguete sometime in 2017—and I loved the energy of literature brought to life in the actual geography. There’s a kind of voodoo in that conjunction. That’s the seaside bench in Villasis’ short story “Menandro’s Boulevard.” That’s the Redemptorist Church in Alunan’s poem “The Bells Count in Our Blood.” That’s Escaño in Justine Yu’s “Sweet Baby.” That’s Jo’s Chicken Inato in my own story “A Tragedy of Chickens.”

An anthology should really be compiled, if you ask me.

So why do I stay in Negros Oriental? There are many reasons—but foremost among them is the privilege of being at home, literally, in the place conjured in the literary dreams of many writers I love and respect. It’s enough of a reason to stay. 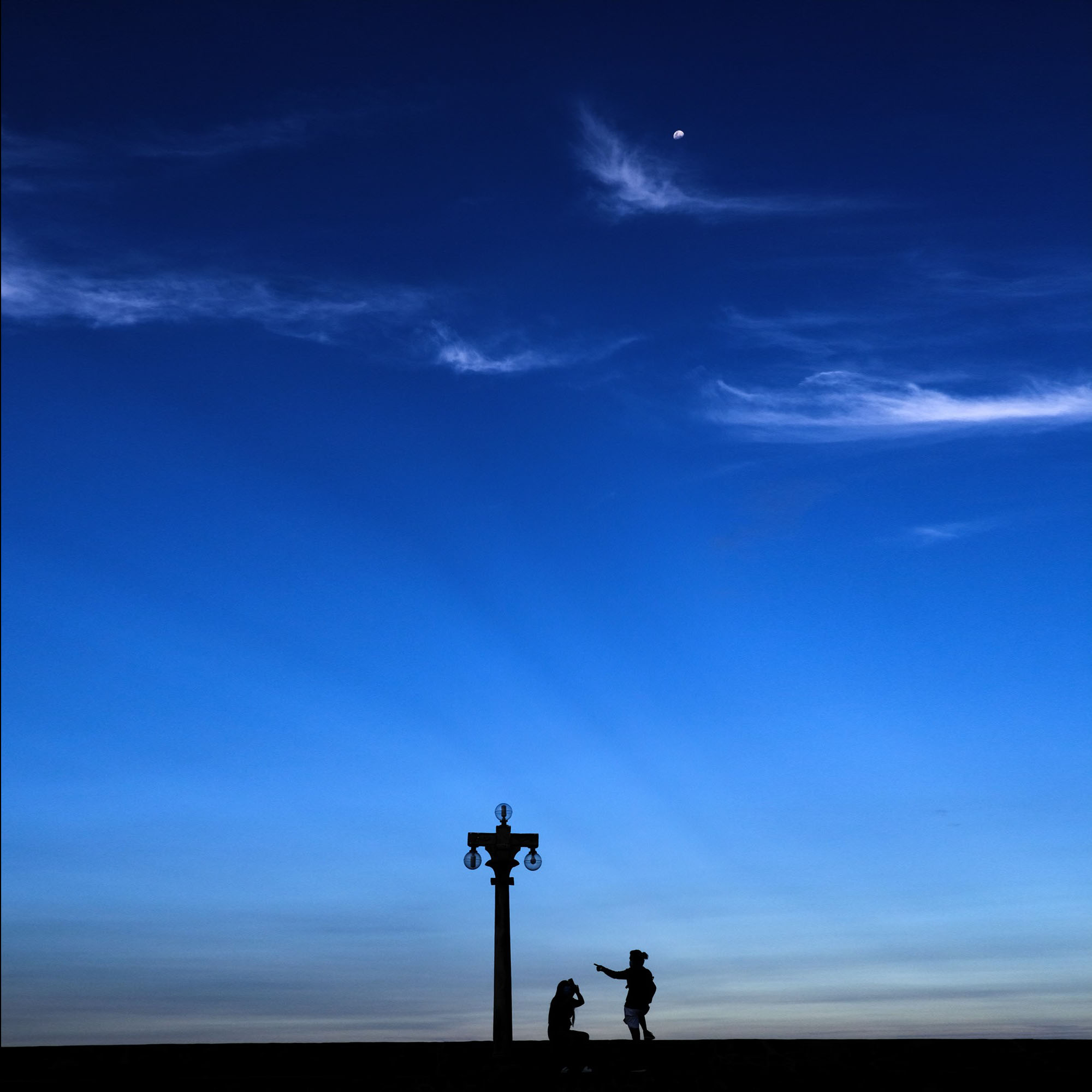