The haircut was long in coming. We tried to catch our regular barber over at the Food District along E.J. Blanco but we didn’t expect the past few weeks to be so busy we found making time impossible. [We went to our book launch with hair that needed trimming, to our personal consternation.] And then the barbershop closed down without notice, our barber virtually disappeared.

I panicked a little: hair is a personal business that requires familiarity and easily induces anxiety when that familiarity is disturbed. My mother, a former beautician, exclusively cut my hair until I was a junior in high school. Every time she did, she would tell me that my hair was particularly difficult to manage. “Daghan ka’g alimpolos! You have too many strange whorls! It will take someone patient enough to do your hair right,

” she said, again and again. That someone was always her — and so, come senior year in high school, when I had to graduate from her haircare to a barber who would give me the required crewcut for CAT class, I did so with much trepidation.

I found Manong Max at the old Tavern Barberia. He was this quiet, gentle soul who looked like a librarian, a strange duck in the company of other barbers who were macho in their ways and loquacious in their talks about local politics. [I swear they all had solutions to the world’s problems. When Erap was about to be ousted from the Presidency, I remember one of them asking earnestly:

“Asa sya mo-hatag og resignation letter? Sa Presidente sa United States?” Ah, the good old days.] Luckily, Manong Max was someone patient enough to do my hair right — and I stuck with him through the years until he unexpectedly died from cancer.

I was back in my limbo, and I hopped from one barber to the next, never satisfied with what they gave me. There was a brief time in my late 20s and early 30s, when I was at my prime, and I frequented beauty parlors for a more stylish cut. But then soon it was back to barbers, and more disappointments.

And then, upon the recommendation of a friend, there was Manong Denmar, who knew my hair well and gave the best after-cut back and head massages. I followed him from his old post somewhere along Silliman Avenue to his new one along E.J. Blanco, which promptly closed for a few months because of the pandemic.

When barbershops were allowed to open again, I was back in his chair, my hair quite long and my mental health in shambles, and I came with one request: I wanted to have all my hair cut off. Totally shaved.

[What is it about trying times that make you do crazy things to your hair? It was also an effort to stem the copious hairfall I was suffering from because of the stress and the depression.]

But I dithered — and he gave me an extreme crewcut instead. He was really good, and I was loyal — but now he was also gone.

There was a note in the premises that informed us of a relocation and a phone number to call. But we went over and the venue does not seem to exist. And from what we've been told in the few text messages we’ve received from the advertised number, Manong Denmar was keeping strange hours in the new place because he has another [new] job at a local hospital and now only does haircutting on the side. [Times are hard.] And now the number does not even bother replying anymore to queries about reservations or appointments or more specific directions.

It was time to find another barber. [Sad.]

For now it's Manong Rodney over at this new place also along E.J. Blanco, Black and Copper Co., a barbershop that doubles as a cafe and gives free Americano or espresso for every cut you get. It certainly is an enticement. Will Rodney be the embodiment of my hairdresser mother

’s wish for hair patience? Let’s see how this goes. 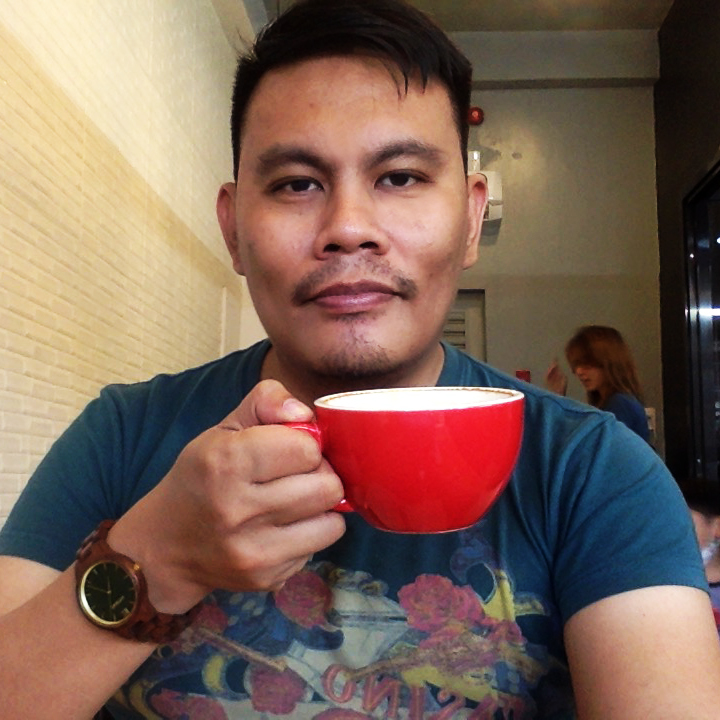