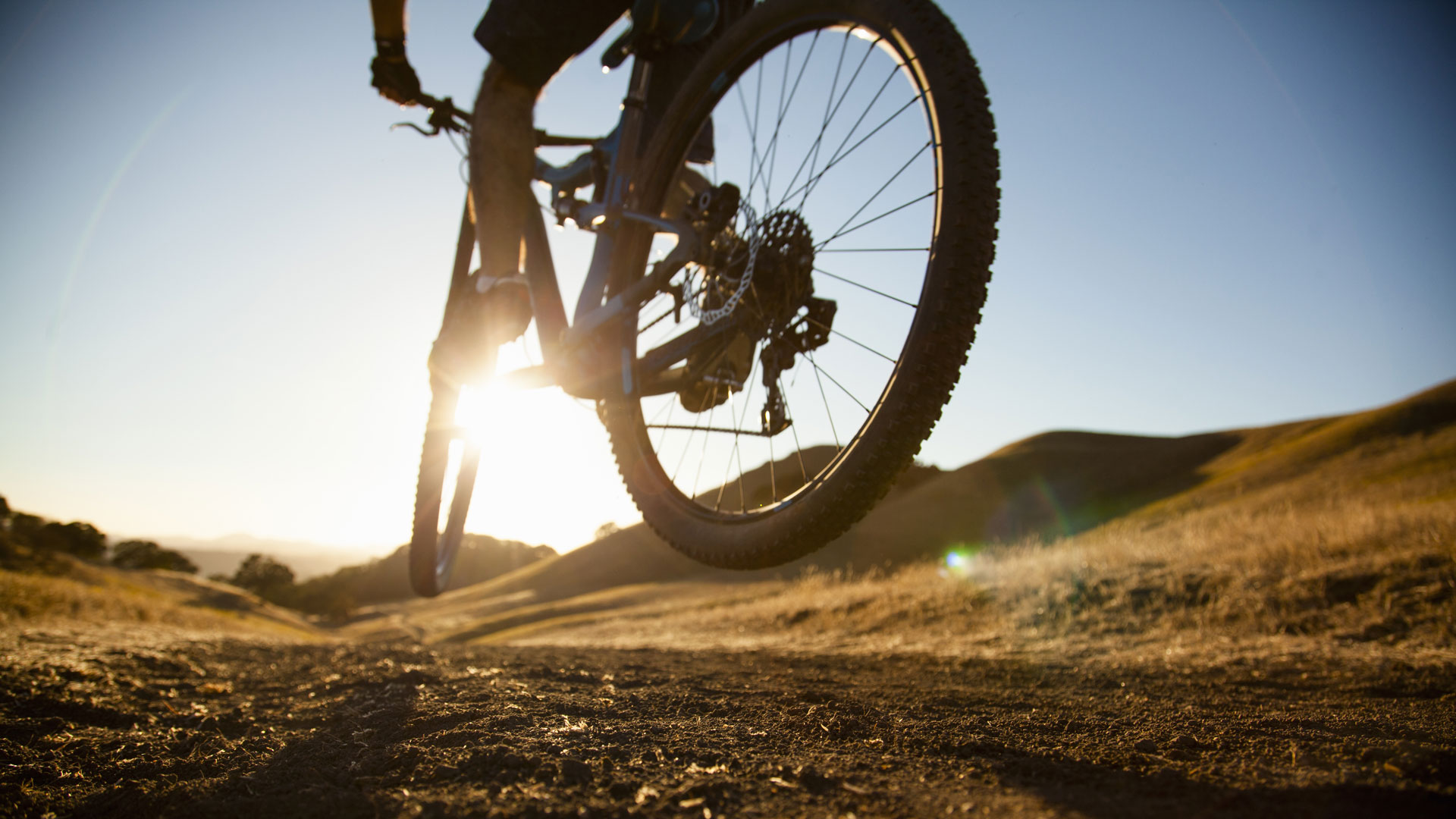 It’s not at all like riding a bike. You remember the proverbial promise, of course: that once you get on one after years of not doing it all, all the memories of biking will come running back to you. The skill was dormant—it only needed awakening.

There I was at the very beginning of June—or more truthfully, the end of May—and I was surveying the landscape of things-to-do for Pride Month. With some familiar trepidation I set about making the blueprint of activities, consulting certain trusted people I knew on what they wished for to happen for 2022’s return of Pride Month—and ascertaining how to set about making things actually happen. The trepidation was par for the course. When you try to reach for the moon, as all plan-making eventually is, the fear of not being able to leap towards luna-tic goals is a normal by-product of the process.

But then something else happened. I found myself seized by doubt and fear. This double-whammy was beyond the scope of mere trepidation. Trepidation is just normal nervousness as you embark on a journey—but you nonetheless make the first step. Doubt and fear are something else entirely. They are dark shadows that whisper to your ears, “You will never be able to do this”—an insidious pair that can paralyze you if you let them overwhelm you. What struck me was that what I was about to do was something I have always done before, often to great success. For all my years of doing events and cultural shows in Dumaguete, I realized that the pandemic had extracted a terrible cost: it made me forget the instincts and the muscle memory I used to rely on when I went about organizing things.

I didn’t know what to do anymore, and I panicked.

It was not at all like riding a bike.

For our first event for Pride Month, I had planned to do a screening of the gay films directed by Jay Altarejos. I’ve always wanted to do this, as far back as 2018—but there were always circumstances that prevented their proper implementation. This time around, I was determined to make this screening work. I knew how to program it: I wanted to do two screenings, plus a little lecture sandwiched between. I found the most appealing venue to hold it: the first time I saw the screening room of Mugna Gallery in Bong-ao, Valencia sometime last April [way before the gallery opened], I wanted to do screenings in its perfectly appointed space. And I knew I could get the films to screen: the director is one of my closest friends—and I knew he’d be more than willing to help. [In fact, he flew in to Dumaguete from Manila on his own volition, just to help out and be present during the screening—which I found very touching. I love the generosity of good friends.]

Nonetheless, I was so panicked about the logistics that I found myself gasping for air. Will people be patient enough to stay for five hours, to do two screenings and a lecture? Will people find Valencia too far away to bother going? Will I have the time and energy to prepare the lecture I wanted to do? Will we do chairs, or will benches do?

The questions suffocated me.

On the day itself, while we set about prepping the venue for the eventual activity, Mugna Gallery’s Vince Lopez noticed my shallow breathing and my nervous ticks, and quickly read what was going on in my head. He told me: “Don’t surrender to the fear. Worry and work, but don’t fret. Let things flow.”

He was right. The event was a success, despite all my doubts and fears! People came, people stayed, people took part in a rigorous Q and A with the director himself. Why was I worried? It took me a while to fully grasp Vince’s advice though. As I moved on to tackle the next event in my list, the doubts and the fears returned, gnawing at me—sometimes paralyzing. It worsened when I was locked out of Facebook, and could not properly facilitate all the things I needed to do. But Vince’s words eventually cut through my own paralysis—what people with ADHD call “the wall of awful”—and I realized I could do one thing: work as hard as I can, and as best I can—but then just let things flow. There is no reward for fretting over things beyond our control. When the challenges come, be creative [and brave] with your solutions—but just let things flow.

My biggest challenge was holding the panel on same-sex civil unions. It was happening at the tail-end of the week when I was totally cut off from communicating with the necessary people involved in the program—I had lost my cellphone and I had been locked out of social media. When my means of communication returned, I was faced with an immediate challenge: the host had an important work-related event he had to attend to and thus could not be present during the live-stream of the panel. I thought, Fine, I’ll do the hosting. Luckily enough, we got a good venue, and a good set of guests to talk about the issue—although one of them would be joining us from Manila through Zoom. Something I have never ever done before in all my years of curating and presenting panels. [I actively avoided Zoom events during the pandemic. The format just did not make sense to me.] And an hour before the event, we found out that the tech guy who was going to handle the livestream would not be coming—but he did leave us with a video camera. I immediately nixed the idea of the livestream, and settled for a taping we could edit later for uploading as a video. And then the Zoom. The terrible Zoom ordeal. We had two premium accounts at our disposal to use—but the first one needed a code which was sent to the owner’s email [and the owner was apparently napping and could not be reached], and the standby one just could not be accessed via normal channels [and our repeated attempts at log-in eventually had Zoom suspending the account temporarily]. I made the choice to use my free Zoom account with its dreaded 45-minute limit—and because we were frantic for time, we started the panel, with the camera filming us and banking on Zoom to record the video participation of our esteemed Manila guest. It was a fantastic panel. The guests were very forthcoming and articulate, and the audience was firmly with us all throughout the discussion. We wrapped up the event with a bang—interrupted only by having our Manila guest log-in twice because of free Zoom’s time limit. And then I discover that in the haste of starting the program, I had forgotten to press Zoom’s record button. By then I had begun to rely on Vince’s advice: Don’t fret. Let things flow.

And this was my take: the meat of the panel was the scintillating conversation between the panelists and the audience. It was an enjoyable talk, and we learned a lot. But the technical side was all snafus. Do I consider the event a success or a failure? I chose success. It did what it set out to do—engaging people in a conversation about same-sex civil unions. We couldn’t share that conversation outside our room in Bethel Guest House, of course—but why fret over things beyond our control?

For the rest of the month, despite all the obstacles and challenges [and occasional skirmishes with people], I found the mantra—Don’t fret. Let things flow.—to be a source of comfort. I began to relax. And I began to see how things just fall into place when you just try to handle them with creativity [and bravery]. For Pride Pechakucha, for example, we only managed to book our venue for sure five days before the event because of unforeseen circumstances—but we got it. Then we lost our provider of the LCD projector and screen—but managed to tap the help of friends who lent their own equipment. [I was especially touched by Mayor Ipe Remollo’s generosity. We could not find anyone to lend us an LCD projector, but the City Tourism Office told us that the only machine that was not attached to a wall at City Hall was the one at the Mayor’s Office—but no one was allowed to take it out or borrow it. So I sought out Mayor Ipe that very day, luckily found him right in front of the Presidencia, and when I made my case—he immediately released the machine for us to use. And then Silliman University Culture and Arts Council’s Diomar Abrio contacted me, providing me another machine to use. So we had another LCD projector on standby! Which was eventually helpful, because the cords of the LCD projector from the Mayor’s Office was incompatible with my laptop, which we discovered an hour before the event—so I used the cords of the CAC machine instead. Talk about serendipity.]

Part of my reprieve was finally allowing myself to think of all the events as experiments in post-pandemic behavior. We used them as gauges to measure participation and interest. Let’s see if people are ready to mingle and to partake of events despite pandemic fears. Let’s see if people will come on their own accord, without having to be urged by a teacher requiring classes to attend such and such [hahaha]. Let’s see if people are willing to go to not-so-accessible venues for an activity. Let’s see if people will care. Let’s see if an intimate set-up, following COVID-19 protocols, is enough to conjure magic. All these among other things. But I’ve been pleasantly surprised, again and again, by how things turned out, given the challenges of the times. We even had devoted attendees who tried to go to all our events—and some of them even turned out to be tourists in Dumaguete and were just visiting! It was amazing.