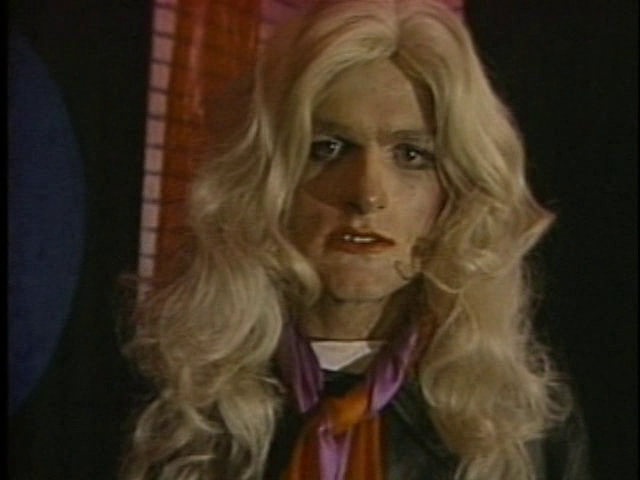 If you’re Richard LaVon Griffiths, you pretend to just have a deep and abiding love for Olivia Newton-John — but insist you’re not gay. But in the first few minutes alone, when filmmaker Trent Harris accidentally bumped into the likeable young man in a parking lot doing his bit, you could feel the overtness of his male performativity. [All gay boys, who have been forced to act a certain way so as to be invisible in a heteronormative world, know the gestures, the cadence in the way of talking, the masculine air you have to project just to make everyone around you will believe you’re not “one of them.”]

I’m watching The Beaver Trilogy [2001] now and I feel sad for its subject. It's truly a remarkable film whose conceit reminds me of Liane Brandon’s Betty Tells Her Story (1971), where the repetition of the narrative adds a deeper emotional context to the story being told. The documentary is a hybrid work of real life and dramatization, each layer of which actually adds to what you know of the subject, which will only break your heart as each segment unfolds. The first part, “The Beaver Kid,” was shot in 1979 and contains that original footage of the director meeting Griffiths [known as Gary by friends] in the parking lot, and then shooting him as he performs his “Olivia Newtwon-Dawn” act in a Beaver, Utah club. The second part, “The Beaver Kid 2,” shot in 1981, is a dramatization of that first part, with Sean Penn in the role of Griffiths — but a dramatization that gives us a bigger context of that meeting and that drag show, the things we didn't get to see when the camera wasn't rolling, and the sad aftermath of that drag act. [There is a suicide attempt after the club owner tells him he has just made a fool of himself.] And the third part, “The Orkly Kid,” shot in 1984, sees Crispin Glover reprising Penn's role, in a production that's obviously more professionally executed than the first two, complete with new supporting characters, bigger context, and new plot twists.

Your heart genuinely aches for this young man who truly just wants to do his thing, get on television any which way, and perhaps become famous — and you can appreciate his striving to make his mark in a world that's obviously not friendly to his idea of life or entertainment. When we learn for example that he had to go to a funeral parlor to be made up to look like Olivia Newton-John right before the show, your heart just breaks. When we see people laugh at him, including the director himself, your heart breaks even more. When you see the intense backlash he faced after the entire town saw him perform in drag, the remaining shards of your heart shatters even more.

I truly wish “Groovin' Gary” lived in a time like now where everyone’s crazy for RuPaul's Drag Race. [Gary died in 2 February 2009 — ironically the day the first episode of RPDR aired.]