A few days ago, in the midst of the hubbub that was the long-awaited return of “normal” Founders Day festivities for Silliman University, the Elizabeth Susan Vista-Suarez [ESVS] International Choral Festival was officially launched at the Claire Isabel McGill Luce Auditorium. It is scheduled to premiere in 2023, a year from now. According to its organizers, the competition hopes to bring in choral groups from all over the world to Dumaguete, in celebration of this distinctive type of music, and in honor of a woman who has been my mentor [and also artistic collaborator] for many years. I say it’s something that’s long time in coming.

The first time I truly met Ma’am Sue on a personal level—I’d seen her around Silliman campus before that, leading various choral performances—it was when I was cast as one of the Jets for a local production of West Side Story, for which she was musical director. This was in the mid-1990s. It, however, turned out to be an abortive production. Suddenly, the show was being replaced by Godspell. A bunch of us from the West Side Story cast was handpicked for the new production—and once more, Ma’am Sue served as our musical director.

It was the start of a long friendship and mentorship, which I will always cherish to the end of my days. Because it was a small cast, we all had solos—and our ability to deliver well the musical requirements of the show was under Ma’am Sue’s direction. To sing under her tutelage was an eye-opener—part learning technique, and part accommodating therapy. It was not just about hitting the right notes. It was also about delving deep into ourselves so that those notes would matter in a storytelling level. And it wasn’t about singing bombastically either. Ma’am Sue taught us to value the quiet moments, the spaces between breathing, the right cadence and the right volume.

Afterwards, she welcomed me to sing with the storied Silliman University Campus Choristers, where I was first bass throughout most of my college life. It was a wonderful time, a period in my life where my dreaming consisted of kundimans and staples of the Filipino Songbook which we had to learn to sing for this show and that, for this competition and that. That was also when she mentored me and the rest of her disciples her longstanding musical philosophy of “timpla”—essentially, an exercise in the exquisite mixture of varied harmonies, and fine-tuned in the best way possible. You see, Ma’am Sue was regularly horrified by the fact that for many choral groups, to be loud and bombastic was what was considered de rigueur. And what was worse was the fact that these groups kept on winning choral competitions, because their “loudness” was just too impressive to ignore. Ma’am Sue never believed in that. She believes in restraint, she believes in the graces of small notes, she believes in the drama of just the right combination of vocal prowess to give us the exact feel of a song.

She has been waging this “timpla war” for a long time, to be honest. With this international competition that bears her name, she has taken the battle to a new level. It’s about time.

But the launch of the ESVS International Choral Festival is also testament to all our collective love for music here in Negros Oriental, something which we hope to share more fully with the rest of the world. It recognizes and accomplishes two things that are important to consider in terms of the legacy of music in Dumaguete City:

First, it cements first the heritage of music in Dumaguete, which is very much a City of Music—a distinction made by its history of nurturing a culture of appreciation and a culture of application through performance. This history and heritage though has been largely ignored in the larger scheme of Philippine music history—something which we have been fighting to change of late. But a quick look at that history will give you the idea that Dumaguete has contributed a great deal to the development of music in the Philippines—from the pioneering ethnomusicology of Priscilla Magdamo, William Pfeiffer, and Frank Englis to the cathartic performances of Elmo Makil, Constantino Bernardez, and Emmanuel Gregorio; from the piano-playing of Ruth Pfeiffer, Isabel Vista, and Ricardo Abapo Jr. to the violin-playing of Gilopez Kabayao, Zoe Lopez, and KayCee Galano; from the classic voices of Gamaliel Viray and Katrina Saga to the contemporary tones of Enchi and Hope Tinambacan; from the choral triumphs of Albert Faurot to the concert band popularity of Joseph Basa; from the pioneering musical researches of Elena Maquiso to the pioneering technological innovations of Juni Jay Tinambacan. The list goes on.

We truly have a great heritage of music here—but among all the ones I’ve mentioned, one kind of music has come to define Dumaguete City the most: choral music. We are pioneering in the development of this genre of music, an observation once made by National Artist for Music Ryan Cayabyab. And if there is one person who has done the most in that regard, it is Elizabeth Susan Vista-Suarez.

Thus, the ESVS International Choral Festival is also a celebration of one person’s commitment and dedication to bringing unique chorale sound to the national and international stage. Over the years, she has led a variety of choral groups to successful international tours and recordings, and in that time has come to refine a kind of choral music that we—as her disciples—have come to regard as, “lami og timpla.” Not bombastic for bombast’s sake, but choral music that uses voices “just enough” to respect the integrity of the choral piece.

The choral festival, scheduled for next year and which will bring outstanding choral groups from all over the world to Dumaguete City, is an experiment in that timpla. We can’t wait. 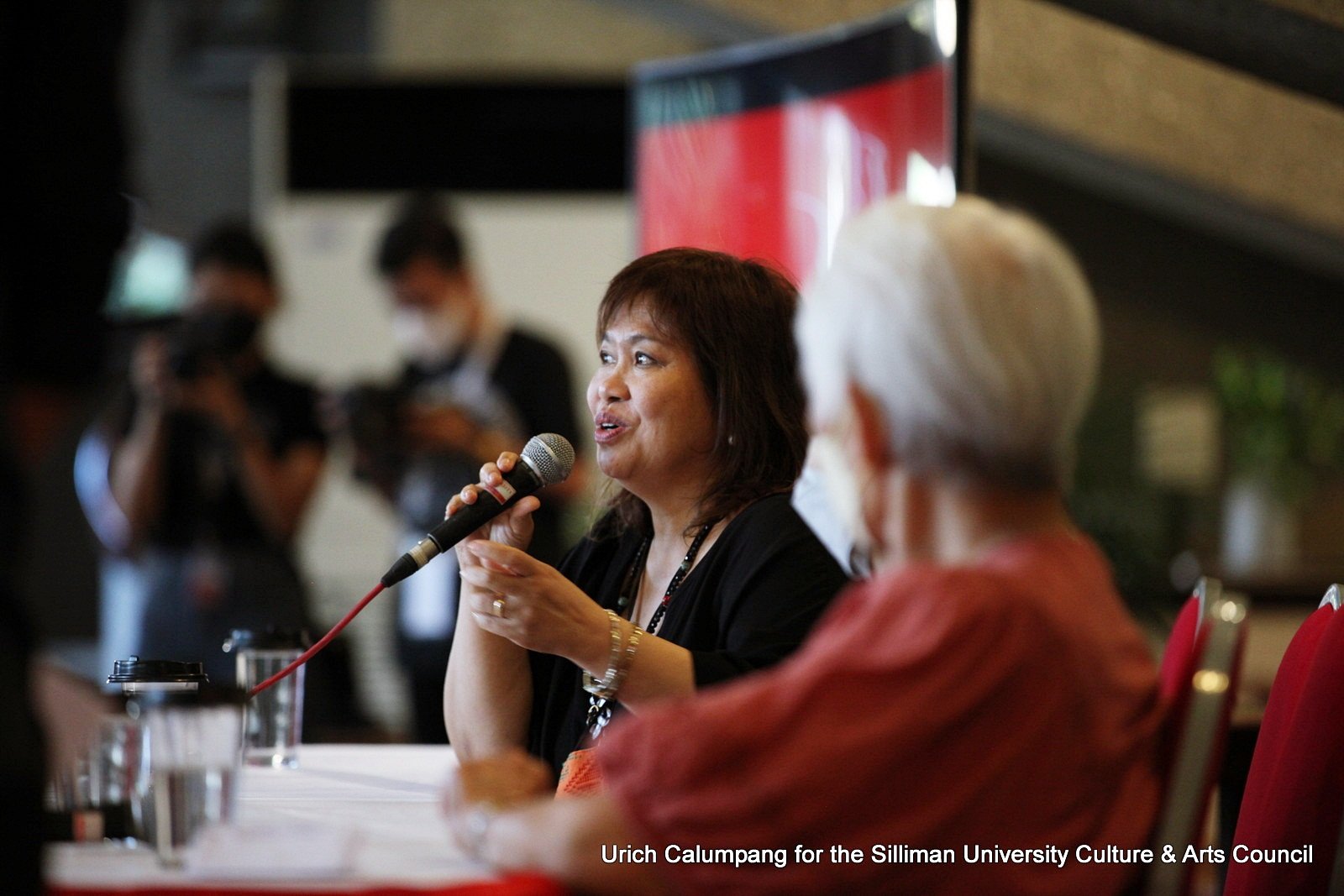