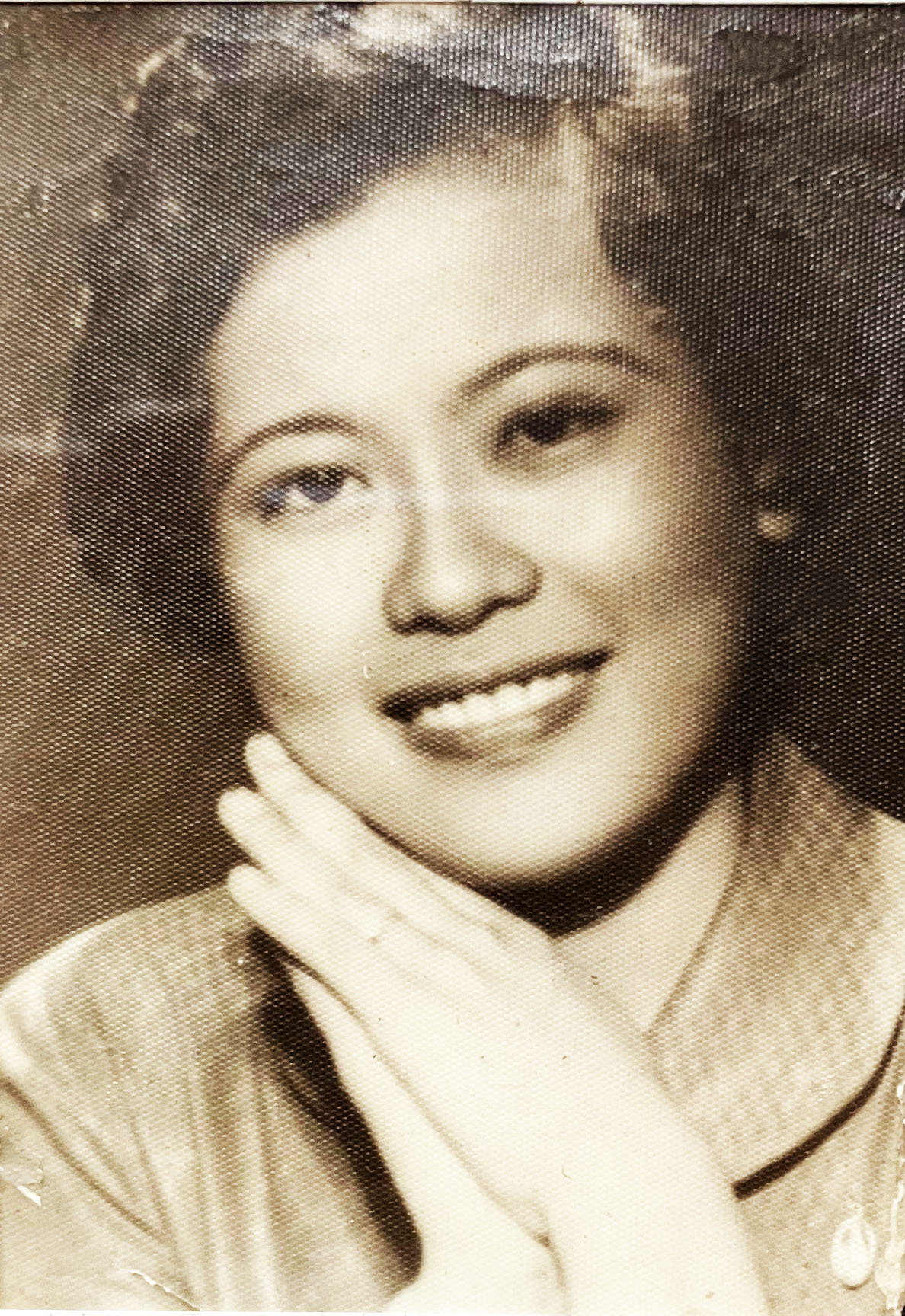 My mother turned 90 today. We share the same birthday. This is a biographical shorthand of her life so far, a few things one might want to know about her…

Mother was a child of the bamboo. She was a very young child when she lost her mother, Bebang, to childbirth [but which was spun off later on as being “gi-engkanto” by some spirit residing in a mango tree]. She had to live with her older sister Epefania with an assortment of aunts and her maternal grandparents in Bayawan, which was then called New Tolong. Mother’s father, a langyaw from Bohol, apparently disappeared after his wife’s death and had not been heard from since. In later years, when Mother would ask what happened to her parents, her aunts would tell her: “Gikan ka sa liki sa kawayan.” She would believe this story for many years. I have written an essay about this.

Mother is really Ceferina, not Fennie. Her birth name was Ceferina Malazarte Rosales, although for the longest time she thought Malazarte was her family name. Her sister was named Epefania. When they were younger women, however, my aunt made them change their names so that they would have “a better future,” because apparently, nothing of significance happened to young women named "Ceferina" or "Epefania." So my aunt renamed themselves "Fennie" and "Fannie." I’m not sure they did this legally though, and their usage of both names old and new has been erratic over the years. When you go over our birth certificates, some of us have a mother named Ceferina, and some of us have a mother named Fennie. Essentially, my brothers and I were born, according to official records, to two different women. I have written a story about this.

Mother escaped Bayawan by making tira-tira. This was after high school, and she was jealous of her more affluent friends who went to study college in Dumaguete and elsewhere. She wanted to leave the stifling life of small town Bayawan, and study in Cebu. But her aunts told her that only the worst things could happen to young women living alone in the big city. So she secretly made tira-tira to sell and earn money, and when she had enough saved, she bought a one-way ticket to Cebu to study to become a nurse, because a distant relative promised to fund her college education. When that promise was broken, she found herself making a living becoming a beautician in Cebu City. I have written an essay about this.

Mother fled Cebu to escape heartbreak, and found her way to Mindanao, in Nasipit, near Butuan, where she met my father, who was her landlord. She rented the space for her beauty parlor from him. He was a dusky bachelor with a penchant for dreams and beautiful women—and soon enough, she found herself married to him. They would stay in Agusan del Norte for many years. I have written an essay about this.

Mother returned to Bayawan in the late 1960s to help my father’s dream to become a sugar planter. They enjoyed a decade of success as hacienderos—but soon lost everything because of the sugar shenanigans of the Martial Law. We became very, very poor. I have written an essay about this, which became viral only a few months ago when it was published on Rappler.

When my father left for Davao to seek another fortune that never came, Mother virtually became a single mother. After selling what she could, she moved the family to Dumaguete in 1980, and for the next decade we moved nine times to seek cheap rent. She sold peanut butter and baye-baye to feed us, while at the same time plied her trade as a beautician without a parlor. She had one goal in mind: to put all her six sons through college at Silliman University—even though it was an expensive dream she could not really meet given her financial circumstances. She persevered. I have written stories about this period in our lives.

What point am I trying to make? That a lot of what I have written—my stories and my essays—have been inspired by my mother’s life. In a sense, she has always been my muse. When I write about her, I think I also write invariably about my own life and where I come from—and from her I take inspiration. My mother’s life has always been a source of encouragement. She defied all odds when she was younger to build a life for herself beyond the constraints of a small town existence. When she met challenges, she overcame them with determination and hard work, even when it took all of her. When the going became even tougher, she relied on her faith, but also on her will to survive. She was all guts and gusto. And through all that, she remained a beautiful person.