[This is Part 1 of my birthday essay, a memory piece to celebrate my upcoming 47th birthday. I’m trying to remember who I was and what made me by trying to recall four specific ages—7, 17, 27, and 37.] 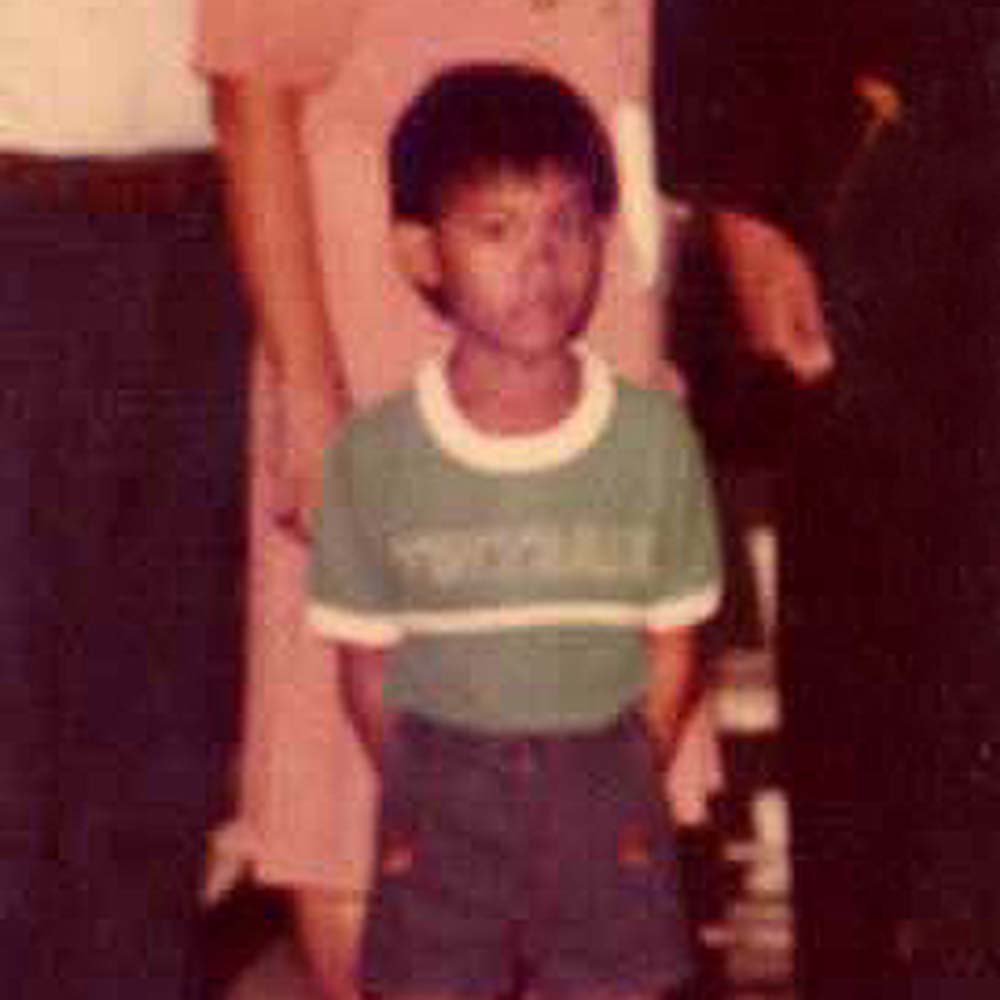 When I was seven, I did not know the vagaries of time. [No child does.] The past did not exist when we were seven, or at least we were not aware of its growing but inchoate shadows; the future did not matter. There was only now, the waking moment, both in the short morning hours and the long afternoon march to evening—punctuated midway by the martial calls by Mother to take naps, to get out of her hair while she went about doing chores.

We resisted the naps, of course, and stewed with vehemence when we could not get out of the daily obligation. We’d ultimately succumb to sleep but in the defiant prologue before slumber, we anguished to spend those siesta hours furiously looking for play instead. Or looking for isolated space to spend solitary joys, away from the admonishing rejoinders of older, other people.

It was probably more the latter, when I was seven. Although I had yet to discover books at that age, I could already recognize the pleasures of the solo idyll, adventures without playmates: on my own, I imagined battlefields and lurking monsters in the vast backyard of the house we rented in front of Silliman Village; I imagined the wooden walls of our house hiding nooks and crannies that hid entire villages of tiny people; I imagined entire worlds sprung from my hand with my arsenal of paper and pen.

“Ian draws very well,” a friend of my Mother remarked. “He should be an engineer.”

I did not know what an engineer was.

When I was seven, I learned to read, so to speak, from a sticker posted on our front door, which contained the following phrase: “Jesus is Love.” I learned on my own that each letter was a sound, and that when I put all the sounds together, they formed a word I could understand. My portal to words was gnomic theology.

When I was seven, my world smelled of peanut butter and baye-baye and the acrid smell of chemical treatments to curl hair—the things with which Mother made a living.

When I was seven, I refused to go to school. Mother had enrolled me in first grade at North City Elementary School—although everyone called it “Piapi,” like the barangay it existed in—and I had gone along with what was expected of me those first few months of the school year of 1982-1983. I had a teacher named Mrs. Limpiado, and I liked her. She is fixed in my memory as a gentle, kind, and patient soul with white hair and spectacles. One morning, I arrived at school to find out that she had gone “on leave,” apparently to visit family in America—and we were going to be under a new teacher.

I did not like the new teacher at all.

She was not as nice as Mrs. Limpiado, not to my estimation.

She made me feel nervous—and one day, my nervousness probably got the better of me and I peed in my pants during class. Somebody noticed the uncharacteristic puddle on the wooden floor, and the telltale wetness on my khaki shorts. The new teacher was flustered, and my classmates laughed. I don’t remember the humiliation, but I remember thoroughly the resolve:

The next day, I refused to go back to school.

[This is the first time I have ever demonstrated a fierce refusal to endure something I could not bear, and how I could never be moved come hell or high water. I would do similar things later in life.]

Mother begged and cajoled me to go back. “You have to go to school!” she said. “You’re seven years old!” She promised me ice cream and toys and assorted things I was certain she could not afford. I refused.

I never did go back to school that year. [Which is the story of why I’m older than most of my classmates in later years.] The June before I turned eight, my family moved from that house in Bantayan in front of Silliman Village to a house inside a poblacion block along Silliman Avenue. I remember vividly the morning Mother took me to the corner of Alfonso Trese Street [now Perdices Street] and Calle San Juan, and said:

“If we go there”—pointing to the eastern side of the stretch—“we will find Chung Hua High School. Your brother Rey goes to school there. If we go there”—pointing to the opposite stretch—“we will find West City Elementary School. I have a lot of friends who are teachers there. Where would you like to go to school? Chung Hua? Or West?”

It must have made me feel like I had agency—a choice between two schools to restart my elementary school journey. For reasons clear to me that moment in that crossroad, all of me decided to go to West. I quarreled too much with my brother Rey.

When I was finally under the tutelage of the delightful Mrs. Valencia—who later became Mother’s regular hairdressing customer, and in whose house I first encountered Sinbad and James Bond on Betamax—I was not at all surprised to find out that the new principal in my new school was Mrs. Limpiado.

There are no coincidences.