7:00 AM | How Dumaguete Got Its Name—and It’s Not Exactly the Kidnapping Story 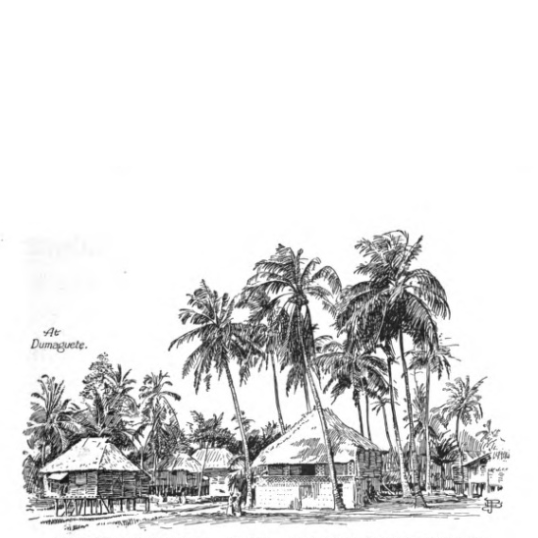 There are four competing stories as to how Dumaguete got its name.

The first one, which we can glean from the Historical Data Papers on Dumaguete City prepared for the National Archives of the Philippines in 1953, posits that the original name of Dumaguete was “Dumalaguete,” which means that the town had a unique power of keeping a visitor or a stranger for good and those that do leave to later come back and die in the place. According to the records, the name lost its middle “L” when settlers from neighboring Cebu—who “[came] in increasing number and … stayed for good and developed their own influence in the community”—modified its pronunciation, resulting to “Dumaguete.”

It feels like a stretch of a story, but the compilers of the historical data papers insist that this “information is considered reliable.” Elsewhere in the document, however, we get another origin story.

The second narrative follows the typical naming story involving an encounter between natives and inquiring Spaniards, and the miscommunication that transpires—which is the same basis for many places in Negros, including Bais, Amlan, Jimalalud, and others. According to this legend, long before the Spaniards came to our shores, the settlement which is now known as Dumaguete was abundant with coconut groves. The chief occupation of many natives was gathering the juice topped from the bud of coconut trees, which is known as tuba. The local term for these “tuba gatherers” was mananguete. When the Spaniards came to the settlement, they wanted to know the name of the place. They met a mananguete carrying on his back a bamboo tube filled with tuba—and when the Spaniards asked him for the name, he mistook the question as a query for what he was doing.

“Mananguete,” he responded, referring to himself and his occupation.

The Spaniards took that answer and began calling the place Mananguete, which soon evolved into “Dumaguete.”

The third narrative is thoroughly ingrained in our sense of local history that almost all opportunities we have to tell of Dumaguete’s naming repeat it without question. Locals espouse as definitive the following narrative: that the name comes from the word daguit, which means “to snatch,” or more specifically, dumaguit, which means “to swoop down and seize.”

The context, sadly enough, is violence, and we point to a historical time when the settlements at the boot tip of Negros Island that would become Dumaguete would be regularly pillaged by marauding forces sailing from the South—stealing what they could, putting to death villagers and domesticated animals, and carting off able-bodied men and women to be sold as slaves. This became a regular occurrence that lasted almost three centuries, and it also happened elsewhere in many places around the Visayas and Luzon—a deadly regularity that was borne out of many reasons: religious, political, societal, and economic.

The first fifty years of Spanish presence in the Philippines was actually marked by a peaceful co-existence between Christian settlers and Muslim natives. But soon enough, Islamic societies in Mindanao reacted strongly to Spanish incursions into their territory, and took to conducting these raids as attacks on these Europeans who had already waged a deadly war called the Reconquista on the Moors of the Iberian peninsula.

“Snatching” people from other places to be taken into slavery was also a societal necessity and a robust economic enterprise. According to historian Domingo M. Non, “slaves had a considerable role in the socio-political and economic life of the Moros, who used them for housework, fieldwork, and craftwork.” Having slaves was an important base for these societies’ ideas of wealth and happiness, and “moreover, their possession of slaves brought them power and influence.” In Tausog society, for example, “slave-holding was the primary form of investment and slaves were used as a unit of production and medium of exchange.” Pillaging also answered a “great market demand for slave labor for the Dutch East Indies,” and “sometimes the slaves were not sold for money but were exchanged for arms and ammunition.” The raids then “presented a source of power.”

These raids against Christian settlements in the Visayas and Luzon began in 1599, when a Maguindanaon force—which consisted of 3,000 marauders sailing in more than 50 large but swift vessels, attacked the Visayas. In Jose Rizal’s annotation of Antonio de Morga’s Sucesos de las Islas Filipinas, he noted that the 1599 raid was “the first piracy of the inhabitants of the South recorded in Philippine history.”

Many settlements in Negros Island and elsewhere suffered from these raids in the ensuing years in the 17th century. But they soon stopped for about half a century, only to resume with even more fervor and barbarity in the 1720s. The renewed round of attacks came about because the Spaniards moved their fort from Labo in Palawan to the southern end of the Zamboanga peninsula, which angered the Maguindanaos and the Tausogs. The most prominent marauder that rose to vicious prominence in this period is Datu Malinog of Maguindanao, who began pillaging Christian settlements along the coast of northern Mindanao in 1721, and then at the end of 1722 began training his sight on the coastal Christian settlements in Negros and Panay. He was defeated by the Spaniards, but by 1723, he returned with even more ferocity, destroying many towns, and taking away many people marked for slavery, using the cove of Siit near Siaton as base to prepare for their attacks. The two most devastated towns in Negros were Ilog and Dumaguete—with the latter only able to muster 50 individuals to defend the town. Dumaguete was almost destroyed.

But is the historical fact of these raids and kidnapping into slavery—now collectively referred to as “daguit”—the origin of Dumaguete’s name?

This is the fourth narrative—and I’m leaning towards this one.

He writes: “There are at least three reasons … which pose serious difficulties with this idea. Firstly, according to Spanish records, there were only three villages in Dumaguete in 1565, two along the shore, one with about 25 houses, and another with 50. The third was situated on an elevation visible from the sea and had another 50 houses. With about 100 houses in the area and about 400 or at most 500 inhabitants, who were so situated as to easily escape into the interior, the area did not seem a likely place for habitual seizure of captives. In any case, if it was a place where raiders were wont to snatch local inhabitants, why was it not rather more appropriately called dalagitan or dagitanan?”

He continues: “Secondly, the term dumaguit is an admiring ascription to the actor of the verb dagit. Was it in honor then of the valiant Moro commander, whoever he was, whose process his Christianized victims decided to celebrate with a glowing epithet? At best, this is unconscionably inappropriate; at worst, it is unfathomably absurd.”

And finally: “Thirdly, there is the presumption that there were frequent recurrent raids, so that in time the place came to be given this name as a result. But a Spanish Augustinian record says that one of their members, a Fray Francisco Oliva de Santa Maria, O.S.A., was assigned in ‘1599’ to ‘Dumaguete,’ though later that year he was transferred to the Augustinian’s Panay missions when Negros was handed over to the secular clergy from the cathedral of Cebu. Yet the Moro raids … began only that very same year, 1599… How can Dumaguete be named as a result of Moro raids, when the Moro raids began in 1599, and in 1599 Dumaguete was already known by the Spaniards as ‘Dumaguit’ or ‘Dumaguete’?”

Sitoy then goes on to posit that “Dumaguete” in fact was a name of an ancient chief, a legendary figure in the island, after whom the settlement came to be named after.

Sitoy bases his theory on a 1582 Spanish document titled Relación de las yslas Filipinas written by Miguel de Loarca, the Spanish encomendero of Oton, Panay. According to Sitoy, Loarca drops in this account the personal name of “Dumaguet.”

He cites the relevant 16-century Spanish passage, which reads: “[Q]uando los prinçipales desçendientes de dumaguet … muere El principal de aquella mesma muerte matan a un esclauo el mas desuenturado qe pueden allar para qe los sirua en el otro mundo y siempre procuran, que sea este esclauo estranjero y no natural porqe Realmente no son nada crueles.” In English, we read: “When the chiefs descended from Dumaguet die, a slave is made to die by the same death. They chose the most wretched slave they can find to serve the chief in the other world. They always chose a foreign, not a native, slave, for they are really not at all cruel.”

According to Sitoy, the phrase prinçipales descendientes de dumaguet (“chiefs descended from Dumaguet”) implies that Dumaguet was a great Visayan chief, “who seems to have been a folk-hero honored by the epithet ‘Dumaguit,’ and this perhaps because of his prowess in attack with such fury and swiftness that he always succeeded in seizing hapless captives for slavery. Moreover, he must have lived several generations before 1582 for Loarca to be able to speak of los prinçipales descendientes de dumaguet.”

Sitoy ends with implications of this fourth narrative of Dumaguete’s naming: “If [this is] so, then ‘Dumaguete’ does not then carry with it a sense of weakness, ignominy, and defeat”—referring to the victim story of being kidnapped posited by the third narrative.

“Rather,” Sitoy continues, “it is a tribute to the might, valor, and greatness of an ancient Visayan chief who continued and deserved to be long remembered despite the passage of generations. If so, then Dumagueteños can regard the name of their city with lively disposition and even with justifiable pride, and do not have to paradoxically celebrate the prowess of an enemy chieftain, whoever he was, who had in fact inflicted painful and ignominious defeat on early Dumagueteños.”

An old word, “dumalaguete,” signifying charm, and losing the “L” in the ensuing years?

A word, “daguit,” that tells of Moro kidnapping and slavery?

Or an ancient Visayan chieftain legendary for his fury and swiftness in battle?