Sometimes, when I despair about the state of the world -- complete with images of Hitler, Stalin, Lenin, Pol Pot, Marcos, and Arroyo flashing in my head -- I think about the lowest levels of depravity we sometimes unwittingly allow ourselves to wallow in. There is scientific basis for this.

In 1963, the psychologist Stanley Milgram decided to do an experiment that would test the capacity for evil by the most normal of human beings. He called this controversial experiment "Behavioral Study of Obedience." The results of that study stunned the world, and gave us an unsettling view of the darkest depths of our psychology.

Milgram recruited more than 1,000 participants from all walks of life to be a part of his studies. They would arrive individually in the lab and be told they were helping psychological science to find new ways to improve memory through punishment and thereby help in the education processes.

Teacher, the role assigned to the participant, helps the Experimenter, who is wearing the white lab coat, symbolic of his status, to connect the Learner, a lovable middle-aged man, to the electrical shock apparatus; the victim is in an adjacent room. On the first trials, learning is going well, the word associates are being recalled, and Teacher says, "Good, fine."

But then the Learner starts making errors and punishment begins, first small, then ever escalating. As it does, the Learner begins complaining, then yelling and screaming. The Teacher is upset, having never imagined it would come to this. Turning to the Experimenter, Teacher dissents, indicating he or she does not want to continue, which is cast aside as the Teacher is reminded of the contract agreed to previously. More shock, more yelling, complaining of a heart condition, and insisting he wants to quit. "Who will be responsible if something bad happens in there to the Learner, Sir?" asks the Teacher. "I will; please continue, Teacher." At 375 volts the Learner screams, there is a loud thud, and then only silence from the shock chamber thereafter. Teacher is now really distressed (the women often cry, the men wince), says the experiment should be terminated because the Learner has stopped responding.

Not so easy. "Remember the rules," reminds the Experimenter, "Failure to respond is an error, and all errors must be punished immediately with the appropriate level of reaction, Teacher." And there are five more higher levels possible to the extreme of 450 volts.

Before starting his research, Milgram invited 40 psychiatrists to predict the percentage and type of person who would indeed go all the way in this study that he described to them in detail. In their collective wisdom based on their medical training in dispositional, individualistic analysis, they concluded that fewer than 1% of the Teacher-Participants would go all the way, and they would be the sadists.

So the psychiatrists were all wrong; everyone's predictions were all wrong. Not 1% compliance, but 65% compliance -- two thirds of the subjects went all the way up to the final level. That quantification of evil went as high as 90% or down to 10% compliance across 18 studies in Milgram's research program -- each study varying one aspect of the social situation.


This explains why there can be absolute acquiescence by the most normal of people even in a deluge of so much palpable evil, and sometimes even contribute to its perpetuation: there were the ordinary Germans in World War II, the Cambodians during the Khmer Rouge bloobath, the Spanish during the Catholic Inquisition, the Chinese during the Cultural Revolution, and so on and so forth...

This scenario is more or less echoed in Alex Gibney's Enron: The Smartest Guys in the Room (see the IMDB data here), which for me is a powerful indictment of corporate greed in recent history. 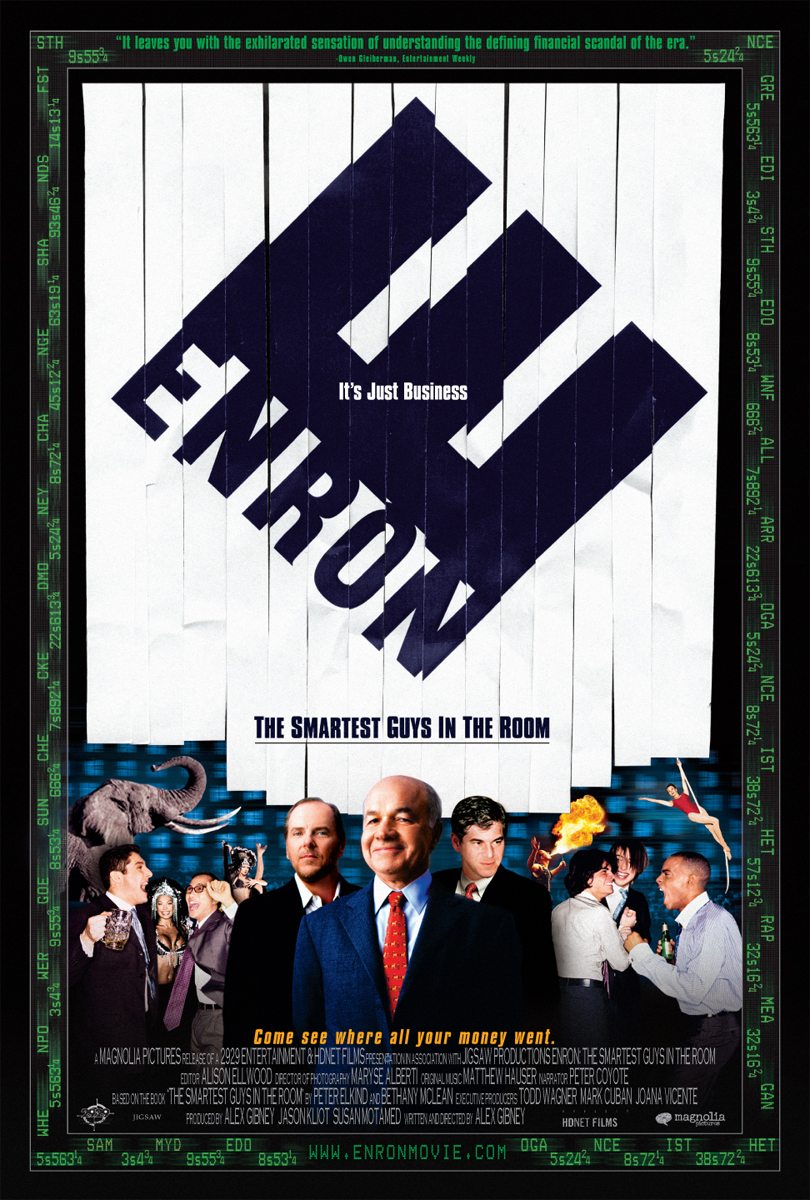 According to one description, the movie "takes a look at one of the greatest corporate disasters in history, in which top executives from the 7th largest company in [America] walked away with over one billion dollars, leaving investors and employees with nothing. The film features insider accounts and rare corporate audio and movie tapes that reveal colossal personal excesses of the Enron hierarchy and the utter moral vacuum that posed as corporate philosophy. The human drama that unfolds within Enron's walls resembles a Greek tragedy and produces a domino effect that could shape the face of our economy and ethical code for years to come."

The writer of that note happens to have posted the entire movie over at YouTube. This is part one:

Watch the film, and cringe with horror over the ordinary gestures people do to create evil -- and even relish it.