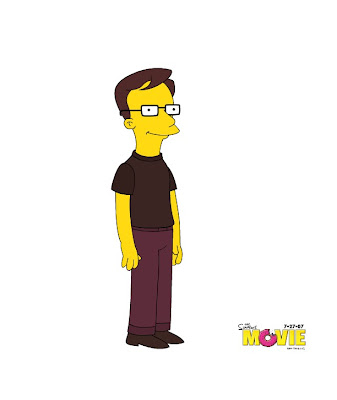 I remember my cousin's son Ucho (who is about my age) once answering the question, "What's your religion?" with this: The Simpsons. I felt that to be so true of my generation. Because, really, everything one needs to know about life can be found in a Simpsons cartoon.

Introducing me (above) as a resident of Springfield, and neighbor of Homer. Yep, I've been Simpsonized. (Get your own avatar at the upcoming movie's website.) Like the rest of the world, I can't wait to see how our yellow four-fingered favorites fare on the big screen. It's bound to be, well, nuclear.