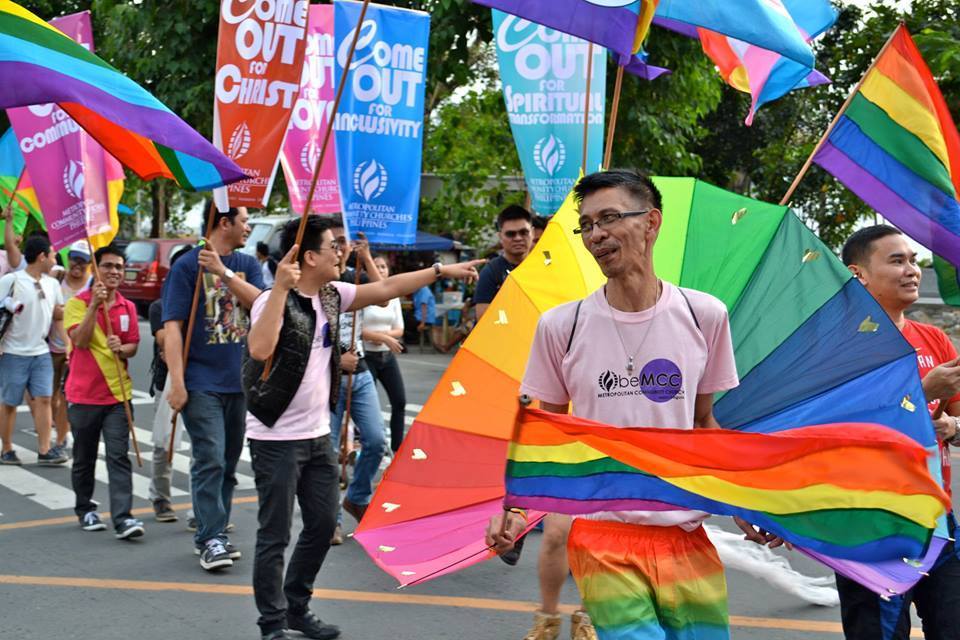 Interaksyon gives us an update about today's Manila Pride Parade! In co-celebration of this year's Pride parade -- which centres around the theme of “Let Love In: Kahit Kanino Kailan,” and which organisers say is "a battlecry to end hate that promotes the culture of violence, and to just let love reign" -- here's a few pink links for you to enjoy...

Slant: Here's another attempt at a list. The 75 greatest LGBT films of all time...

Buzzfeed: Tom Hiddleston has some new half naked photos and they are very nice...

Vulture: RuPaul on the Orlando shooting: "Don’t f*ck with my family."

The New York Times: Orlando massacre inspires some to come out as gay.

The White House: A video of Obama's announcement about the Stonewall monument.

Out: Matt Bomer talks straight roles, pride, and the greatness of Montgomery Clift.

After Ellen: What do I say to women on Tinder?

WFMT: 15 classical musicians who are out and proud.

And finally, here's Leo Herrera's fascinating, if provocative, 50 Years of Faggotry in 5 Minutes over at Vimeo...