Part 1 of the Dumaguete Heritage Series 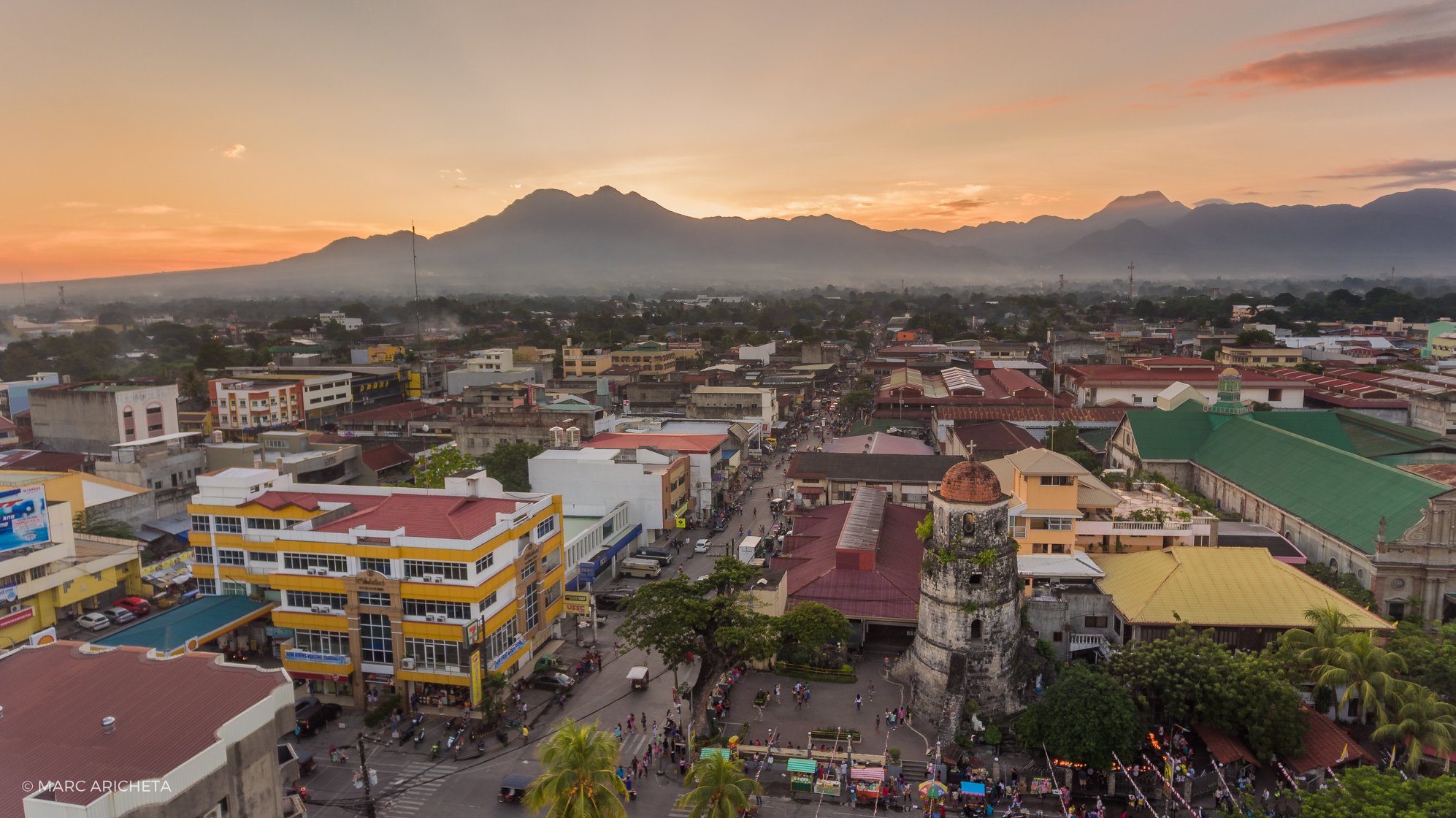 A place is only as good as the happiness we derive from it. We stay for the most part, wherever we are, because we are fulfilled in some fundamental way by the place we have decided to call home. It becomes mooring and anchor, refuge and sustenance, for better and often even for worse. And it may not always be a perfect place—sometimes other places beckon with siren songs that can prove irresistible; but we stay anyway because, in the final analysis, this has been where our happiness have been most thoroughly defined.

Over the holiday season, the New York Times decided to run a slew of archived articles that was meant to guide readers seeking a way to better themselves especially in the wake of another year, which invariably meant finding a comfortable measure of happiness to define a life. There was something in that overview about exercise, and something about surrounding yourself with people of positive thinking, even something about finding meaning in old age.

One particular article, written by Tara Parker-Pope, provides a thorough rundown of what contemporary behavioral experts have come to agree as definitive factors that can lead to personal happiness. And this was what struck me the most: a crucial ingredient to personal happiness, the Times concluded, was “community,” citing a study made by the Knight Foundation and Gallup, which had interviewed 43,000 people in 26 disparate communities to find out exactly what entailed a “happy” one.

It boiled down to three things. The first was “openness,” and the article explained that people were generally happy “when they live[d] in a community that [was] welcoming to all.”

The second one was “beauty,” which meant that “living in a scenic, picturesque, or charming community, with lots of trees and green space, [made] people happier.”

The final one was “social opportunities,” which was closely tied up to urban design and how it influenced social interaction: “When a community is designed to foster social connections—restaurants, community spaces, sidewalks, trails, and other public spaces—people are happier,” the article posited.

The article also considered other studies that tackled the impact of community on personal happiness, citing for example the famous ranking of “happy countries” by the World Happiness Report, which utilized the so-called “happiness ladder” as a tool to quantify and contrast the relative perception of happiness of people from across the world, which invariably reflected the strength of each country’s economy and their people’s quality of life, skewing the list to favor the nations of the First World. As of 2018, Norway, Denmark, Iceland, Switzerland, and the Netherlands, in that order, are apparently the happiest countries in the world, with the Central African Republic at the bottom of the list. [The Philippines is 71st.]

The World Happiness Report is exhaustive and thorough, its results culled elegantly from statistics and economic numbers—but ultimately, for me at least, it was a top-down assessment of personal happiness. I was more interested in the results that the Knight Foundation and Gallup came up with, because it gave a matrix of perception that people themselves provided, defining for themselves the factors of what made a place happy.

Is Dumaguete a happy place then? Let’s see.

Are we a city known for “openness,” of being welcoming? Perhaps we are. The idea that this is indeed the case has long been “institutionalized” in various ways—and for a start, our popular moniker of being a “city of gentle people” points to that perception we have of ourselves as being open, as being friendly. Then there is the way we have come to ritualize our history, famously through the Sandurot Festival, which is essentially a story of cultural convergence—that of several waves of settlements coming together in Dumaguete to make a common culture and heritage. A large part of this mythologizing comes from the fact that we are a “university town,” perpetually a community composed of students—many of them langyaw, or strangers, who come to our shores for the basic purpose of matriculation, and often staying for good, or nadagit, completely taken by the city. A new chapter to that mythologizing is being written as Dumaguete has come to find itself being positioned as a prime destination for retirement—something banded constantly about in popular media, resulting to a significant [and growing] community of expats which is slowly becoming a huge part of the community’s makeup. Expats in Dumaguete have become such a normal sight that locals don’t even see the phenomenon anymore for what it is, only to be reminded of it when we get visitors from other places in the Philippines and their first comment about Dumaguete is a perplexed question: “Why are there so many white people here?” We answer as best as we can, of course. But is this narrative we have of ourselves truthful and honest? Are we truly “open” and “welcoming”?

Next: Are we a city that values “beauty of place,” defined by the scenic and the picturesque and the charming? Do we have lots of trees and green spaces? Perhaps we are. A quick look at Dumaguete from above the air, as our plane lands at the Sibulan Airport, convinces us that trees are indeed plentiful, and green is the dominant color of a city filled with foliage of all sorts. The view of the Rizal Boulevard is always breathtaking, and the city itself seems blessed by cradling land that embraces readily mountain and sea. One minute you can be snorkeling off Tañon Strait or the Bohol Sea, chasing dolphins and turtles, and the next minute, you can decide to hike the foothills of Valencia to bathe in the soothing chill of Casaroro Falls, or to Sibulan to canoe across the calm waters of Lake Balinsasayao. Within the city itself, the acacia trees loom large, ancient with knowledge of a growing city. But our acacia trees are dying—and almost no one cares. We cut down other trees to make way for unnecessary widening of roads, and we have no discipline with our trash. A few days after the New Year, I walked down Perdices Street, and on that stretch between Po’s Marketing and Lee Super Plaza, I found the decorative plant pots along the sidewalk becoming receptacles for discarded bottles of water, junk food packaging, and cigarette butts. The way we feel for our city is always reflected in the way we care for its public places. We cannot claim “beauty of place” for Dumaguete if we are so thoroughly, if mindlessly, engaged in trashing it.

And finally: Are we a city of consummate “social opportunities”? Let’s break it down.

Do we have restaurants? We have plenty, and Dumaguete is fast becoming known as a food lover’s mecca.

Do we have community spaces? Quezon Park remains a draw for many in the community—although it can stand a thorough rehabilitation and beautification. Rizal Boulevard remains our best showcase, and as a place for the community to mingle, it has become venue for people doing exercise, or for people engaging in heated religious debate, or for concerts, or for people just hanging out eating street food. One end of the boulevard is punctuated by the new pantawan—or “window.” And indeed this is the very “window” of the community, a brick square lit up by the city signage, embracing of whatever. I’ve seen magicians doing tricks there; I’ve seen people walking their pet rabbits; I’ve seen a bagpipe player give an animated concert of Scottish tunes.

But we don’t have a cultural center yet, or a cinematheque. We lack a good bookstore—which is ironic for a university town. And the public library needs help.

And what of our sidewalks? Why are sidewalks important? Contemporary urban planners have long defined a successful city as one that is “walkable,” and certainly not a city defined by its use of cars. [In fact, many modern cities are ditching cars as definitive of urban living, and are transforming many highways to pedestrian walkways and parks. Of course, it has to be said that this is feasible in cities with good transportation systems.] A walking population actually improves the local economy: people who walk on sidewalks are more likely to enter shops than people who drive by in cars. In Dumaguete, we largely walk because the city is still small enough to do so—but we are increasingly plagued by the number of cars infecting traffic in our streets. And our sidewalks are laughable in their narrowness; sometimes they become the parking spaces for motorcycles, rendering them impassible; and more often, there is no uniformity in design to them—the city’s sidewalks are transformed in parts according to how the establishment behind it deems necessary, resulting to uneven stretches that sometimes recall climbing a mountain range. Dumaguete is a city where people walk, but it is not really a “walkable” city.

All these—sidewalks, restaurants, public spaces—are indicative of a community in constant interaction with itself, which is how we can come to define ourselves as people of a place. A city thrives when people manage to talk to each other, when people are able to walk together, when people can do all manner of activities together. We are still small enough that there is no strict regimentation of what areas in the city constitute “residential” and “commercial”—and that is a blessing we need to continue and foster, because strict zoning actually kills the vibrancy of a place. Think of the big city whose business centers embrace only the commercial: they are alive in the daytime, but become dead at night. Think of these big cities and their surrounding gated suburbs which are only lived-in at nighttime but are mostly deserted during the day. Dumaguete is not there yet—and hopefully we will never reach that kind of deadening.

The New York Times article cites Jay Walljasper, author of How to Design Our World for Happiness, who once said that “the key [to a happy city was] to [have] a place where neighbors can encounter each other spontaneously.” This means a city with “neighborhoods with a green commons, sidewalks, parks, street festivals, and community gatherings.” This means having a city with “apartment[s] with shared backyard[s], or [along] street[s] known for [their] Halloween festivals or community newsletter[s].” A happy city is a place where “people are connected and [who] create opportunities to connect with each other on a regular basis.” Are we a happy city then?