Ige Ramos reminds us that "a 16-year old girl from Sweden asked the world to slow down and take care of the planet; nobody listened to her. Now an invisible nano-sized bug has ensured we stop, not just slow down." Actually, we did not just NOT listen, a lot of us called her a brat. [Didn't you?]

Which brings me to this New York Times article from 2012, where Jim Robbins writes: "Disease, it turns out, is largely an environmental issue. Sixty percent of emerging infectious diseases that affect humans are zoonotic — they originate in animals. And more than two-thirds of those originate in wildlife. / Teams of veterinarians and conservation biologists are in the midst of a global effort with medical doctors and epidemiologists to understand the 'ecology of disease' ... And they are studying ways of managing forests, wildlife, and livestock to prevent diseases from leaving the woods and becoming the next pandemic." [Read the rest here.]

And here we are. 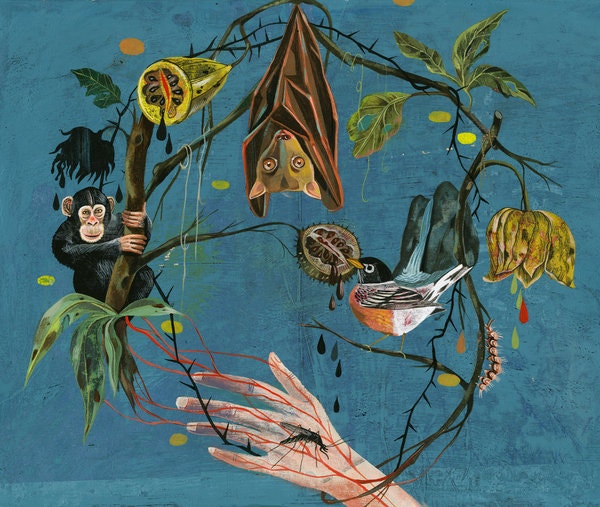