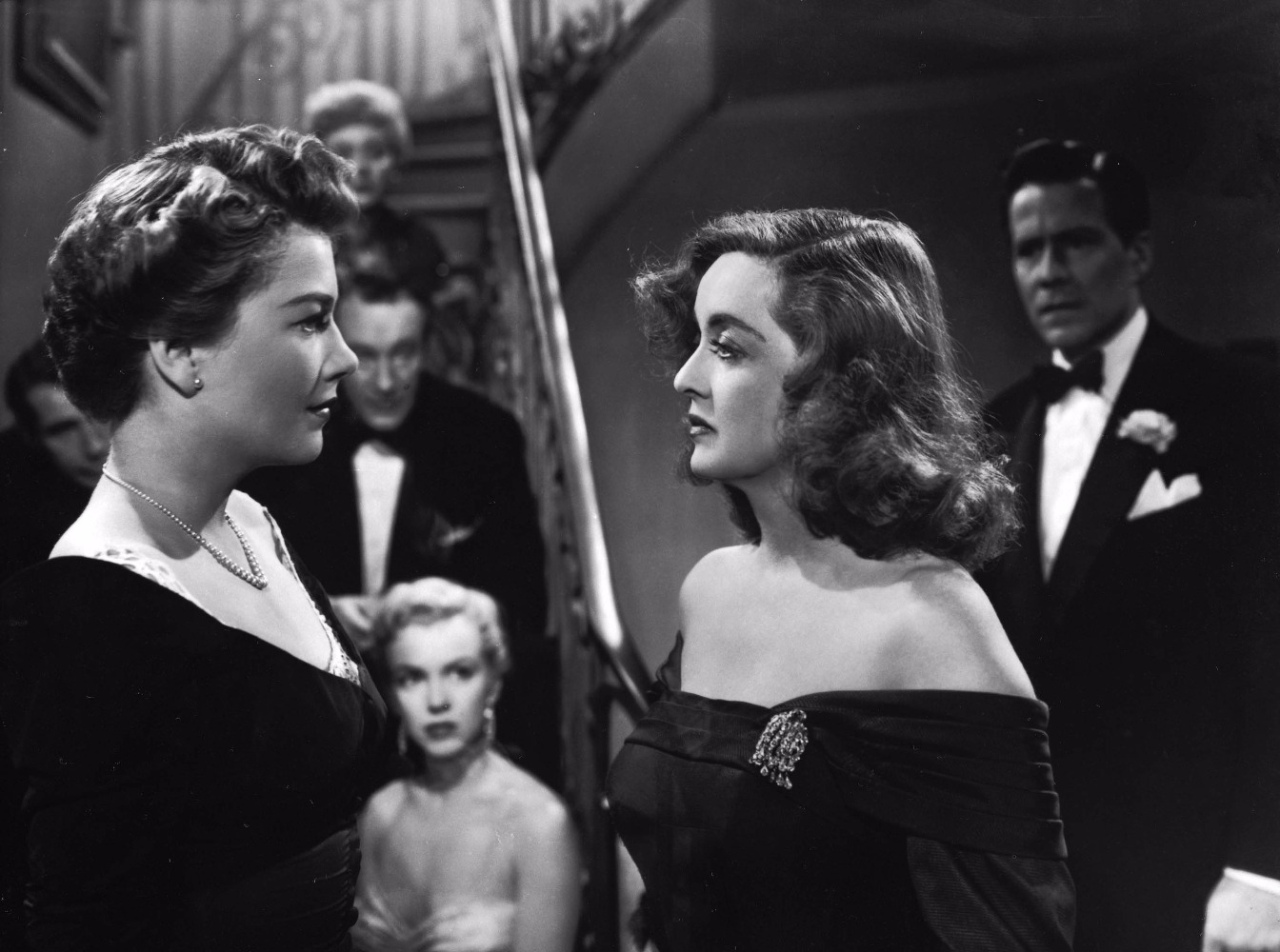 [4th of 100]. Wit -- crunchy, biting wit -- is the engine that makes this classic; every single line, and every single reading of the script, is just perfection. The powerhouse cast, I think, has never been equalled as well. [It even has an up-and-coming Marilyn Monroe in it!] And the story, too, is delicious and intriguing: a cunning and ambitious actress bulldozes everything in her path to achieve a dream, and finds that it contains a trap. This was my gateway drug to classic cinema when I was a budding cinevore in the early 1990s. What's the film?