9:00 AM | The Tightrope of Writing About Art 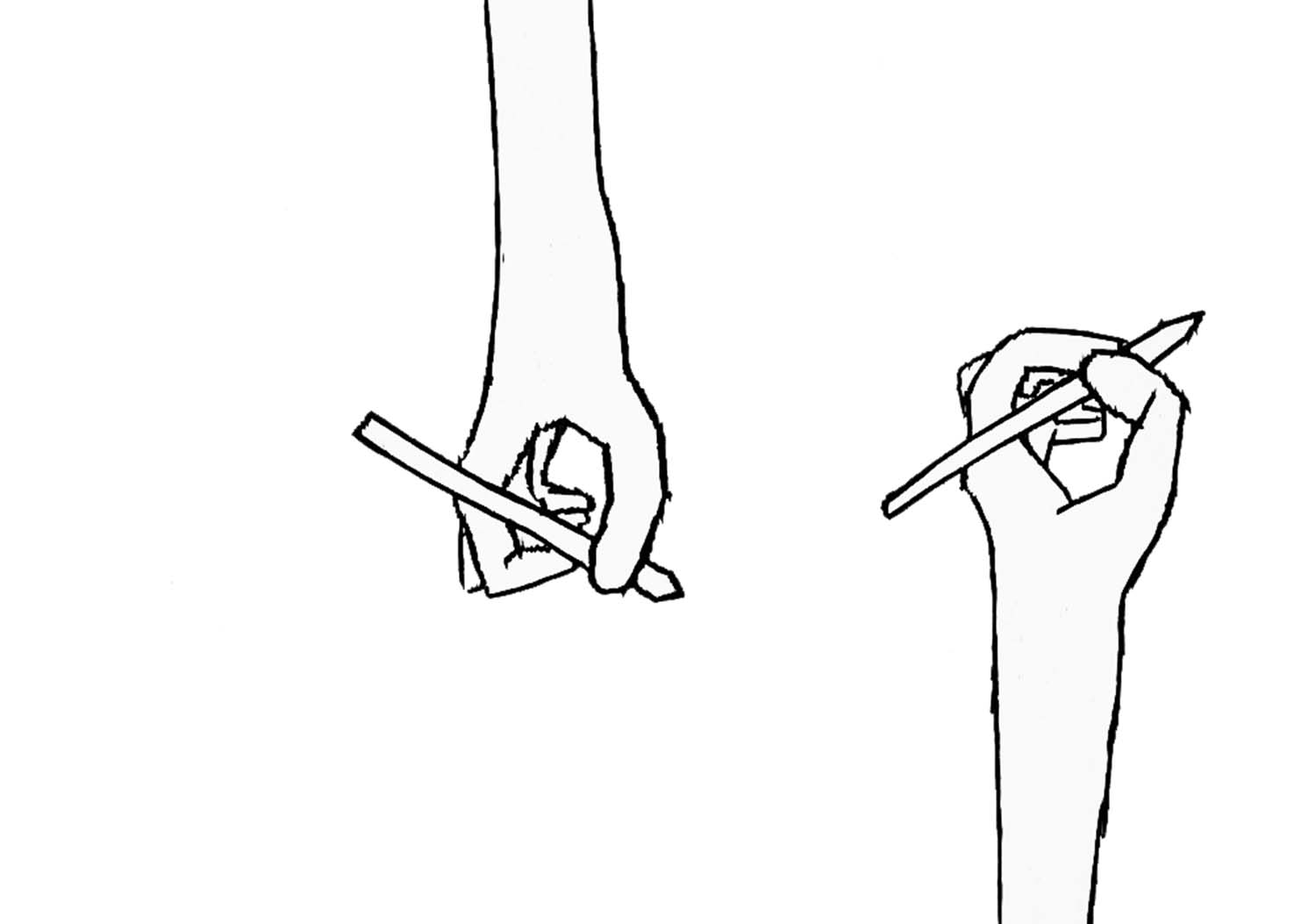 There is a profound little moment somewhere near the end of Greta Gerwig’s 2019 film of Louisa May Alcott’s Little Women—an adaptation that reconfigures its protagonist’s main “romance” as primarily being between her and her creative vocation—where the filmmaker lays her thesis about the importance of writing as an instrument of record and highlight. We start with Jo March confessing to her sisters Amy and Meg that she’s been trying to write a novel, something “about our little life.”

“[But] who will be interested in a story of domestic struggles and joys? It doesn’t have any real importance,” she says, immediately dismissive of her subject.

“Maybe we don’t see those things as important because people don’t write about them,” Amy counters.

“No, writing doesn’t confer importance, it reflects it,” Jo says.

“I’m not sure,” Amy says, wise beyond expectations. “Perhaps writing will make them more important.”

I find Amy’s conclusion quite remarkable because it makes me think deep about what I do, which is write, and why I do it. The commonplace responses to that question of “why” are almost always in the vein of self-expression [which is not untrue], or of conveying a message [didactic or otherwise, which can happen]. Often the most pleasurable answer is that of doing a deep dive into a topic that’s unknown to you, with the act of writing itself becoming a venture of exploration and finding out how you feel or opine about that something just as you’re setting down the words and often becoming surprised by how it all comes to in the end. This compass-less navigation is the very heart and origin of the word “essay,” which is derived from the French infinitive “essayer,” which means “to try” or “to attempt.” We often write not because we know, but because we want to know.

But Amy is right: most writers do not settle on a subject because it shines with undeniable importance, compelling us to record it in words. [Although that happens often. Think of war correspondents embedded in battle. Think of reporters on a sports beat. Think of the journalist trailing a VIP for a profile.] But most of us, on good days, come upon topics that are often mundane—but something beneath their ordinariness can feel compelling, and in wrestling with their signification in words, writers inevitably shine a light on them—and the best of us are able to strip away their ordinariness to present them in scintillating light. Nora Ephron famously wrote about the sagging skin on her neck. Joan Didion wrote about the need to say goodbye to New York. David Shields wrote about tattoos. Jamaica Kincaid wrote about a dress she saw in an old photograph. What they’ve written are some of the vanguards of creative nonfiction, with topics no one would consider earth-shattering in importance.

Part of the arsenal of writing is evaluation, when we have to consider the relative aesthetic value of something and render a particular judgment. We call these “reviews”—and most of us traffic in them to manage our consumption of the popular culture that surrounds us. What movies to see? What exhibits or concerts to go to? What books to read? What play to watch? What album to listen to? What television to binge? What restaurants to patronize? In the endless choices that we often face, sometimes a persuasively written article can be the best nudge towards something that suits our taste best—or challenge it, if we are so inclined.

The best critics I know do no just judge in the strict formal givens of their subject. They bring peculiar subjectivities to the table, making their take interesting and unique. Film critic Roger Ebert, for example, evaluated movies as personal experience, while his contemporary Pauline Kael often judged them in the various ways they struck some carnal chord in her [or not]. Food critic Jonathan Gold brought a sense of place and culture to his understanding of the dishes he’d eaten. Dance critic George Beiswanger was all about translating signs and symbols into images and feeling. The book critic Michiko Kakutani shied away from the first person [“I”] as a critical device, which made possible the sharpness of her famous lacerations.

I’ve done my fair share of reviews and of cultural reportage, beginning with a column in the college organ. My first national gig was in the late 1990s for Sunday Inquirer Magazine, where I wrote about the Silliman University Campus Choristers, which was about to go on a goodwill tour of the U.S. Since then, I’ve written for major dailies such as the Philippine Daily Inquirer and Philippine Star, and for magazines such as Graphic, Rogue, Smile, and Esquire—although these days, the online platforms have become the vanguard, so I’ve come to write for Spot.ph, Rappler, and CNN Philippines. I’m mostly known for my film and book reviews, but I’d occasionally dive into reviewing theatre, food, photography, and art exhibits—always with the intent of bringing Oriental Negrense art and culture into the mix that’s decidedly Manila-centric. This very column for the MetroPost also began as a food column in 2004—until restaurants began offering me free meals, and I felt compelled to shift gears or lose my dignity.

What compels me to do culture reportage? Well, the simplest answer is that I like art, have always been comfortable in the company of artists—with myself occasionally dipping my toes into art-making of various sorts. But what I discovered a long time ago is that, as a creative writer who also happened to have been trained as a journalist, I had the perfect opportunity to chronicle, to evaluate, and to highlight other people’s art-making in Dumaguete and Negros Oriental—especially when no one else seemed to be doing so. Flip the pages of our local weeklies, and you will barely get any article about local culture and the arts with some consistency, except for Moses Atega and me.

But for the longest time, I chose not to write about art in Dumaguete. Attentive readers would note I ceased writing this column for close to three years. Truth to tell, I was miffed.

I had written a review of a small exhibit by Hersley Casero and Anna Kousmann, where I had expressed some reservations about some of the works—and I was promptly attacked online by someone new then in the local arts community. She denigrated what I’d written as the misinformed missive of someone who was “just a wide reader,” and because I had no training in art or art criticism, I was not worthy to write about Mr. Casero or Ms. Kousmann.

Which confused me. Did Roger Ebert or Pauline Kael have to be trained filmmakers in order to critique film? Is theatre critic Gibbs Cadiz a theatre artist? Was food critic Doreen Fernandez a chef? And isn’t “reading widely” a prerequisite to give depth and texture to the piece you’re reviewing?

So I abandoned writing about the local art scene.

I’ve realized I do love the local art scene too much to allow its many worthy efforts to remain unchronicled, just because of ungracious asides. It would be shame to not talk about the bold palettes of Kitty Taniguchi or Iris Armogenia, the cinematic idiosyncrasies of Stanley Alcala or Andrew Alvarez, the poetic succinctness of Myrna Peña-Reyes or Cesar Aquino, the smoldering theatricality of Hope Tinambacan or Onna Quizo, the swift grace of Cheenee Limuaco or Janus Cedrick Grapa, the precise compositions of Urich Calumpang or Charlie Sindiong, the musical emotionality of Katrina Saga or Lorie Jayne Soriano. What new things they do for their art, they deserve witness in words.

If Amy March is right and writing does convey importance to what it covers—else it falls into the shadows of the obscure and unheralded—then the task is set before me. It is time to say “no” to being waylaid.