What I miss the most about being younger is the utter fearlessness with which I faced my world. Where did that come from, that heedless bravado? And more importantly, how did I come to lose it in the intervening years of my adulthood?

It was a kind of fearlessness that wanted to prove one thing: to determine my place in the world, come what may, even when the butterflies in my stomach tickled me to distraction. 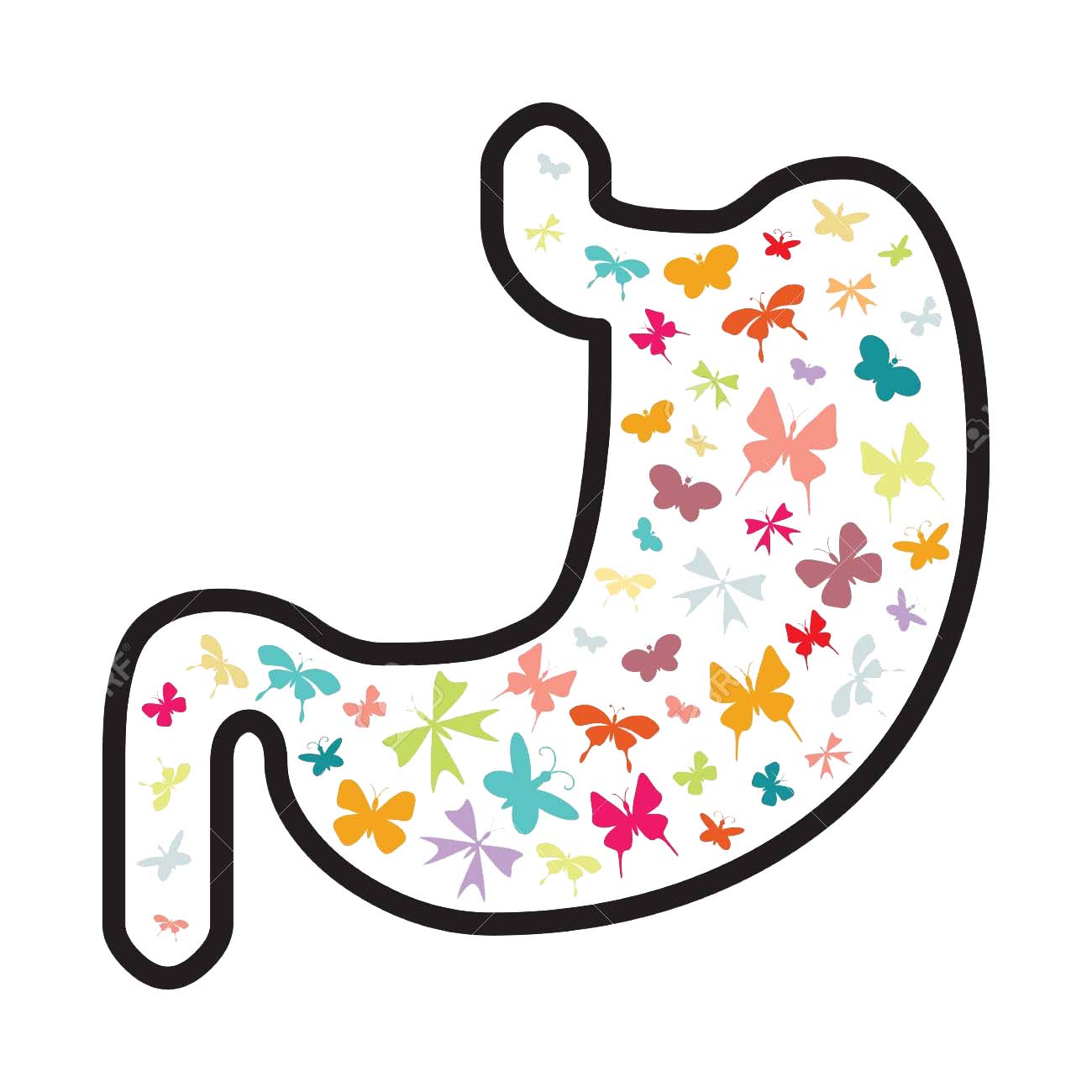 It wasn’t always the case.

I learned bravado, although I did not recognize it then as such. I was always a timid child, fearful to a degree, content with the company of books [because they were unobtrusive, portable objects which took me to armchair adventures and didn’t demand much from me except quietude and comprehension] or occasional solitary adventures.

If I will my memories to extend just enough backwards in time, I remember playing on my own in a Bayawan backyard, in a veranda of a house somewhere in a Noblefranca Street alley, or in some old room of some house, relishing being lost in its confines, where I’d then hunt for stamps, old postcards, hardbound books inside creaky glass-encased aparadors—or the evidence of little people hiding behind or underneath sofas and antique bureaus. [I believed wholeheartedly in these little people, who lived in tiny villages inside the nooks and crannies of the houses I lived in.]

This was my initial sense of place: a solitariness that occupied a different address than the world outside.

I did not care much for that world—it felt like an alien reality that bruised my sensibilities. My mother is fond of telling stories of my childhood friends in Tubod [this was in the late 1980s] coming to our front door, and Nikki and Vanessa would ask her if I could play outside—but I’d already instructed her to tell them I was having siesta, and could not go out to play. Truth to tell, I was probably in my room reading a book.

But I also knew even then that there was no escaping the world outside, and I think I developed in my childhood a protocol for engaging it: I’d allow myself social engagements—friendships that needed cultivating, parties that needed attending, communal culture that needed dipping—lubricated by a finesse I did not know I was capable of feigning masterfully. All immediately followed by a long bout of quiet, self-imposed, people-free isolation that allowed self-tending. I was a socially engaged introvert, so to speak.

So I played to my heart’s content with Nikki and Baning and Carla [and sometimes Sherwin], doing all sorts of games. But mostly we spent time exploring the vast world of our childhood Tubod, confined by the borders we knew [to the west: Hibbard Avenue and the then-existing spring that gave the place its name, to the north: the Rainbow Orphanage with the noisy kids, to the south: the extensive walls of the Somoza compound, and to the east: the Jehovah’s Witness Kingdom Hall and the netherworld of Amigo].

Then I’d disappear to read a book.

And then having defined this solitariness as my well-spring, I found in my teens and early adulthood a surging want to break out and engage the world—often to prove it wrong about me.

It took some bravery—and lots of butterflies in my stomach—to engage this confusing world.

In grade school, I was never seen as a bright enough kid, often failing to make the annual honor roll, and never garnering first honors from first grade to fifth—so it must have surprised everyone when I graduated valedictorian. It surprised even me—even when I knew I worked hard that last year in subterfuge, corralling my comprehension of English and science and history to stem my weakness in math. My worst memory of math class is a step-up game of multiplication flash cards, where two students on separate aisles are made to “race” against each other, stepping forward every time they answered a multiplication flashcard correctly. For some reason, I refused to memorize multiplication tables, and that refusal turned to this debacle: I was almost always the last man standing, having lost the “race” to most people in my class. It was humiliating, but I found the courage to “step up” in other ways, mindful of my own crippling limitations.

When I was in the fourth grade, I came very early to school one morning and while waiting for the classroom to open, an emissary from the Principal’s Office came by our section and quickly announced that there was going to be a contest among representatives of all the sections in my grade. One representative from my section was needed, ASAP.

It just so happened that our top student at the time—let’s call her Hermione—was tardy and thus could not be chosen. For some reason, I volunteered, and so off I went to the venue, unsure what the contest was going to be about. After I arrived at the desk assigned to me, I sat down and sighed—and I happened to look out the window, and there Hermione was, just outside the room, making angry faces at me, essentially telling me I didn’t deserve to be there, and that I should just get out and let her take my place. I ignored her. I took the exam—and the very next day, the results came out: I won.

In high school, I joined a poetry competition and lost. Someone very close to me told me my poems “sucked.” So I stepped up, and wrote some more.

In 2001, soon after college and a year after I became a fellow to the Silliman University National Writers Workshop, I found myself facing a dilemma: many of my writing teachers and creative writing peers in graduate school were leaving Dumaguete for Davao, prompting this speculation in a conversation where I was not present: will there be any writers left in Silliman? “There’s still Ian,” one apparently suggested—to which another one responded to in condescension: “If you can call Ian a writer.” I was in a funk when I heard about this exchange. It left me unmoored. Then I saw this flyer on campus, announcing submissions to the Palanca—a prize I only dreamed about then, and always felt like it was something out of my reach. But I stepped up, I braved my insecurities, I joined. I won second prize that year, and again the next year. I still remember that first instance of winning: I was in my room, terribly depressed, rethinking my pursuit of creative writing. Then my mother came in, and said: “There’s an LBC packet for you.” I must have jumped ten feet when I got the news. Which is why I will always be grateful to the Palancas—it can be an unexpected anchor to a young, unknown author. For me, it was a lifesaver.

Sometime ago, an older writer I respected [and still do] once pronounced in a workshop that my current work—a novella—paled in comparison to my early works, which it was, but he said it in words that were truly hurtful. I stepped up soon after. I extended that novella—and it was long-listed for the 2008 Man Asian Literary Prize [the year Miguel Syjuco won for Ilustrado]. And I also won first prize in the Palanca, in a category that older writer actually judged. All is well that ends well, indeed.

Chutzpah has been my defining strategy in engaging my world. But what strikes me now is that I never thought I was being brave in the first place: I was always wracked with doubts, crippled by naysayers—but I stepped up anyway.

But now, in my mid-40s, there are these huge waves of anxiety I’m battling constantly—the naysayer now essentially my self, which has made me, in 2020, come to my old refuge of isolation. But there’s disquiet now in the old comfort, and the butterflies in my stomach are ravenous. I feel like a failure.

But recently, on Twitter, I saw this epigram: “Eventually all waves settle.”

I’m also remembering wise words from actor Tom Holland from a recent interview: “If you think about the physical feeling of being nervous, it’s the same feeling as being excited. Think of how you feel when you’re queuing up for a rollercoaster, where you don’t know if you’re excited or s—ing your pants. So, convince yourself to turn your nerves into excitement. Doing that just makes you enjoy everything a lot more... Those butterflies in your stomach are the same either way, so it’s just about whether, mentally, you let them take control.”