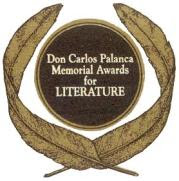 In an interview once with The New York Times, Danny Boyle, one of my favorite film directors (he did Shallow Grave, Trainspotting, 28 Days Later, The Beach, Millions, and Sunshine) remarked about life after having scaled the first pinnacle of success: "Everything after the first one is business. There's something about that innocence and joy when you just don't quite know what you're doing." I feel that way somehow about winning my first Palanca, albeit a Second Place finish for the short story in English, in 2002. It brought me what may be the greatest burst of joy in my entire life: I had never jumped so high, smiled so much, or wahooed in an endless orgy of abandon. I felt that I had won the entire universe in the biggest lottery there was. But after that first win, everything else -- even the subsequent winnings -- becomes an exercise in proving the first one was never a fluke to begin with. You still laugh out loud and jump for joy, but they all seem to pale to that first time.

And having said all that, yes, I won my third Palanca Award this year. Third prize, short story for children in English, for "The Last Days of Magic." Yey! (That story will be part of the new PEN Anthology edited by Vicente Garcia Groyon III, coming out soon.)

[Dean is running a list of the new Palanca winners this year. Dean, by the way, won Second Prize for the same category I have. Go, LitCritters!]