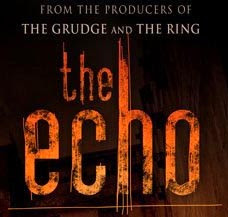 Director Yam Laranas blogs about the making of The Echo, the Hollywood remake of Sigaw, which will be produced by the makers of The Grudge and The Departed. The film also stars Jesse Bradford, who was steamy in Swimfan. He starts principal photography tomorrow in Toronto and later in New York, with Iza Calzado as one of the leads. We should all be excited about Laranas: this, I think, marks the first time a Filipino movie gets remade by Hollywood. Who says the national cinemas of Korea, Hong Kong, Thailand, and Japan are the only ones worth emulating? We too can tell a cinematic story when we really want to. (Now that dinosaurs like Joel Lamangan are being pushed to the sidelines by more imaginative indie directors, there's finally hope for Philippine cinema, as evidence by the latest Cinemalaya.) I liked Sigaw when it first came out. It was genuinely scary, and the look was consistent and artful. Heck, I love the work of Laranas, especially Radyo and Hibla. Balahibong Pusa was a gorgeous disaster, but gorgeous nonetheless. If there's anything about Laranas that assures me, it's his ability to visually tell a story, even when the story itself suffers sometimes. So here's to Laranas and The Echo. And here's to the future of Philippine cinema.