9:54 AM | Call for Manuscripts to the 23rd Iligan National Writers Workshop 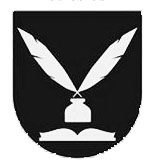 The MSU-Iligan Institute of Technology and the Mindanao Creative Writers Group are accepting manuscripts to the 23rd Iligan National Writers Workshop (INWW) to be held on May 30-June 3, 2016 in the MSU-IIT, Iligan City.

There are 18 slots available for writers who have attended regional writers workshops or creative writing classes and whose works are unpublished. Six (6) INWW alumni (INWW 1-5: 1994-1998) from across the regions are welcome to send their works in progress along with a brief paper on their creative process.

Applicants may submit five (5) poems; one, one-act play; one short fiction, and an excerpt of a novel in progress in any of these languages: Filipino, English, Sebuano, Waray, Hiligaynon, Kinaray-a, Akyanon, Chabacano, Maranao or Higaunon.

Except for works in Filipino and in English, please provide translations of your works in either Filipino or in English. Those submitting excerpts of novels should provide a one-page summary of the novel. The general theme for works to be submitted this year is on conflict and on conflict resolution as part of nation building but is not confined only to these themes.

The Keynote speaker this year is 1995 Second INWW alumnus Dr. ISIDORO CRUZ of the University of San Agustin, Iloilo City. The INWW is funded by the MSU-IIT, the Institute for Peace and Development in Mindanao (IPDM) and the National Commission for Culture and Arts (NCCA).