I have just finished off the last bite of some impossibly sweet chocolate cheesecake from Calea. It is 2 AM on a Friday, the robust sugary rush is keeping me awake by design, and I find myself staring into the early morning darkness outside my hotel room window at Circle Inn along Lopez Jaena Street in Bacolod.

I am thinking about the long hours ahead I will have to spend on the road back home to Dumaguete aboard the ubiquitous yellow bus that has come to stand in for Negros travel, and as usual I am ambivalent about the very act of travel—it’s starting stances anyway.

There is no wish to pack, to be honest, no wish to start moving, in anticipation of travel.

In fact, I should have been home already. But somehow, on a whim, while I was lolling about in another hotel bed, in Avenue Suites Hotel along Lacson Street, at the same exact early morning time the day before, I had convinced myself I needed to stay one more day in Bacolod. And after finding out my Avenue Suites room was no longer available, I quickly booked myself another hotel online, marveling at the ease of how these things go these days, and marveling even more at my impulsiveness to stay.

This is not my first time in Bacolod. I had come here for the first time years and years before, on a field trip during college I could remember only in bits and pieces. There were two other times I visited, but always on a rush of some business or other—and once with a boyfriend whose father died the very day we arrived in Bacolod for a vacation, and so we had to rush home the very next day for the funeral.

So Bacolod has always remained a blur—made familiar and distinct only in the films of Peque Gallaga, in the short stories and essays of Rosario Cruz Lucero, in the novels of Vicente Garcia Groyon. When I arrived via Ceres last Monday morning, I swore to myself I’d play the role of the tourist to the hilt, when I can. It was time to get to know this city of smiles, this side of Negros island. 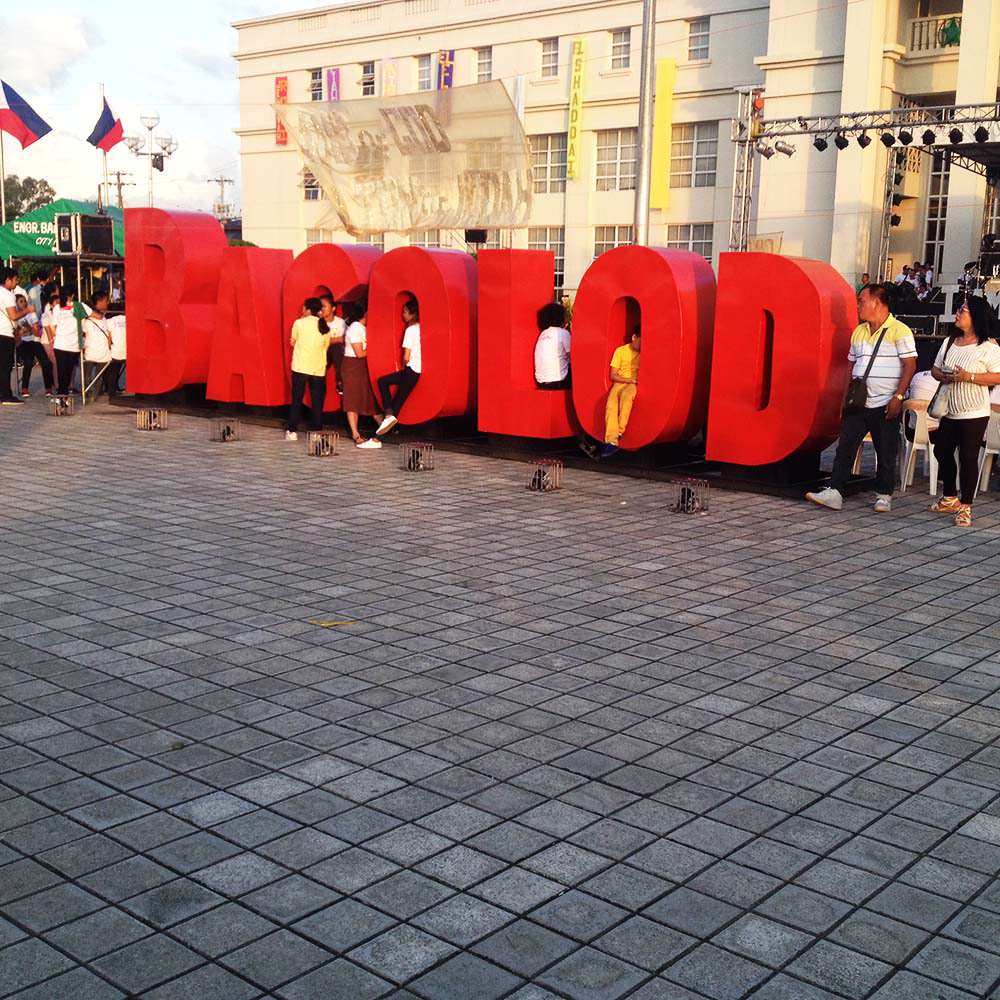 I swore to eat inasal in Aida’s at the manokan.

I swore to walk the length of Lacson Street—because the only way to get to know a city, at least in the blushing stages of acquaintance, is to walk along its main artery. Google Map tells me the route is long, but I told myself that if I was able to walk the length of Broadway from Times Square to the World Trade Center one long autumn afternoon in New York, I could do Bacolod’s Lacson Street.

I swore to have a photo of me taken at The Ruins in Talisay, to be able to finally jump into the bandwagon of Facebook-posting the very experience. 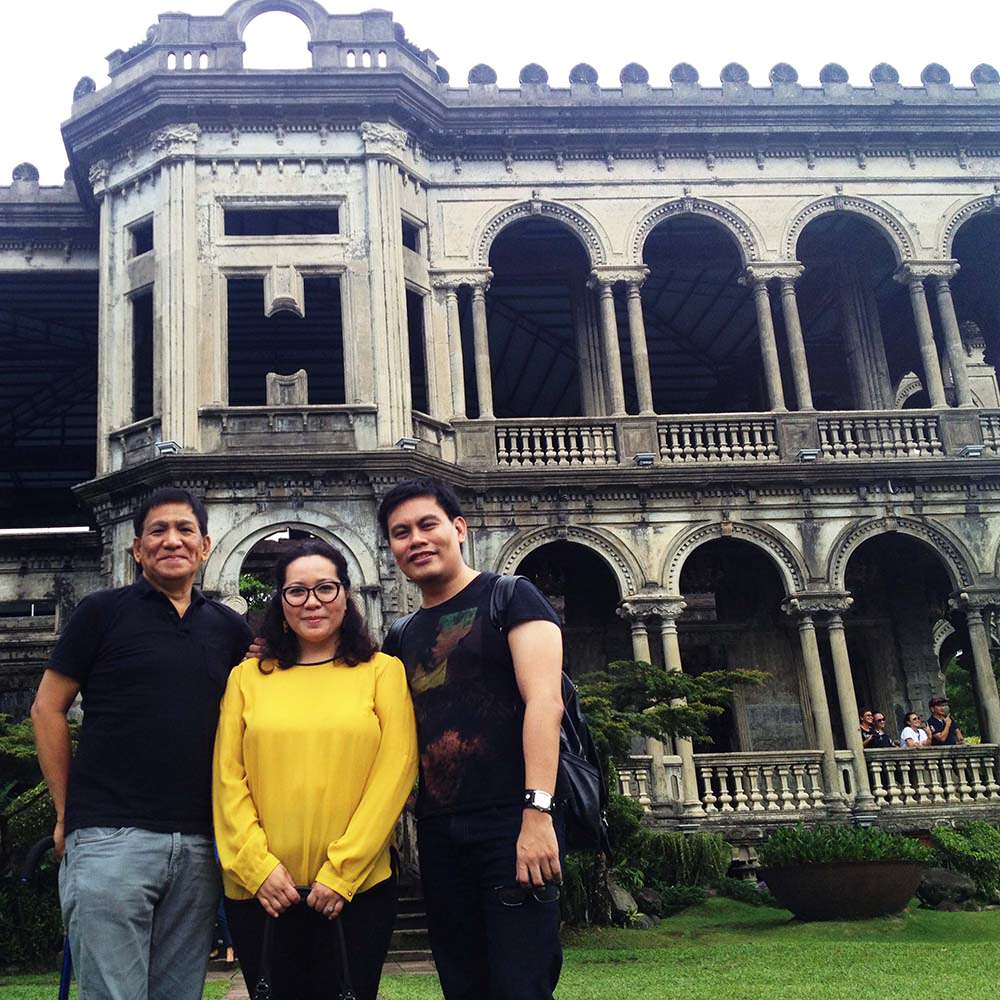 (I thought about visiting the Angry Christ mural at Victorias—but that felt like a stretch of effort I could not afford to do.)

I came, of course, for an official function: the National Committee on Cinema of the National Commission for Culture and the Arts were holding our annual out-of-town meeting in Bacolod, timing it perfectly to coincide with the first edition of the Sine Negrense: The Negros Island Film Festival, which was being produced by the Negros Museum, with funding from the Film Development Council of the Philippines. The members of the NCC were to serve as resource speakers for various fora on film, and as jury members to select the winners of its two competitive exhibitions. 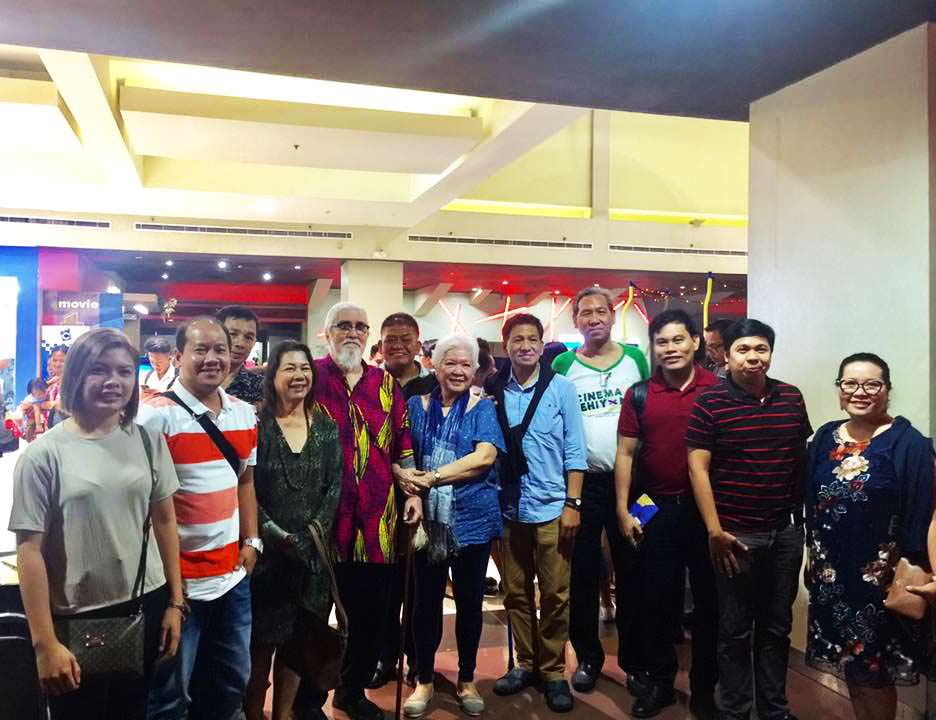 The days since November 17 were hectic and packed, and did not allow much room for the touristic idyll I had planned. But it was a great time to keep in touch with friends in the arts such as Sine Negrense festival director Adrian Torres, cultural worker Rudy Reveche, and film producer Ria Limjap; make new ones like filmmaker Ben Scharlin and the Negros Museum’s indefatigable Tanya Lopez, and rub elbows with film luminaries like Peque.

And rub elbows as well, and be inspired by, the young filmmakers from all over Negros—both Occidental and Oriental—who now constitute what Peque called the “fourth wave” of Negrosanon filmmaking: from the first generation of Eddie Romero and Cesar Amigo, to the second generation of Peque Gallaga, to the third generation of Erik Matti, Jay Abello, and Richard Somes, to this new one that seems to have risen organically, coming to form as a loose cinematic movement on its own, as Peque himself admitted it during the closing night of the film festival: “We had nothing to do with you, you came to filmmaking on your own volition, and I am amazed and happy.” 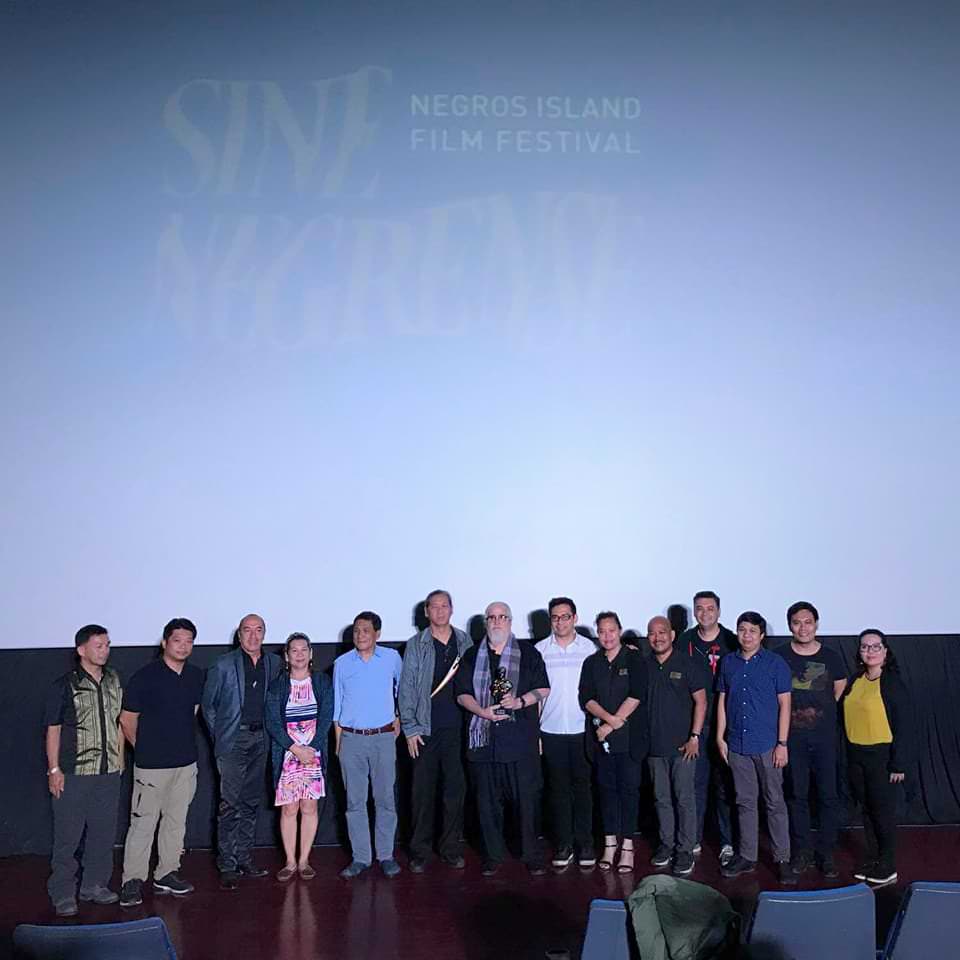 Still, we—film archivist Teddy Co, film educators Jag Garcia, Patrick Campos, Art Tibaldo, and Rosanni Sarile, film critic Tito Valiente, and film director Baby Ruth Villarama—managed to cram in some tourist time, including the aforementioned inasal at Aida’s on our first night in town. And after the whirlwind of lecturing, judging, and meeting, we hopped on a van to Talisay for The Ruins, and then Silay for the heritage houses. It was a long and happy Wednesday afternoon of fun and laughter, and of food. Glorious, glorious food. 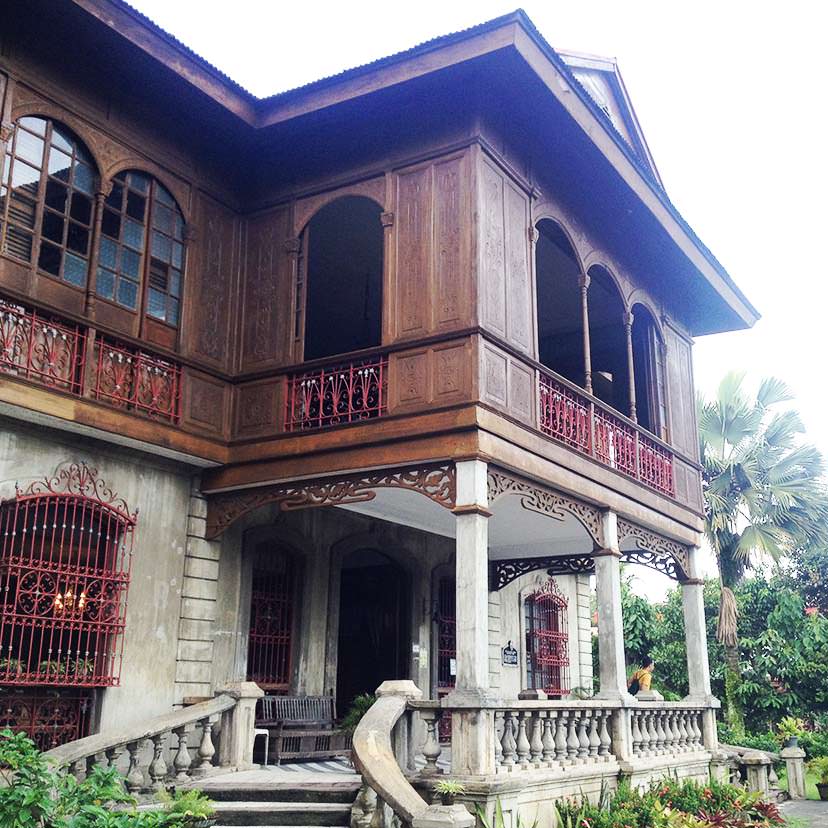 That’s two out of three of my Bacolod intentions down.

When I finally decided to stay one more day, I spent Thursday morning relaxing, noontime transferring to another hotel, afternoon visiting the new government center along the Circumferential Road at Brgy. Villamonte, just because—I actually wanted to walk there from my hotel thinking it was an easy walk, until the hotel security guard strongly advised me to take a taxi, and he was right!—and early evening looking at art over at Gallery Orange at the Mandalagan part of Lacson Street. There, I met Toto Tarrosa, who was glad to know Aida’s inasal was very much a part of my Bacolod bucket list.

Afterwards, there I was: at that part of Lacson—the long stretch ahead towards the provincial capitol an invitation. “If I walk as far as Calea, will that be enough to complete my bucket list?” I asked myself.

I decided it was enough. Passing by Robinsons Place, I did a long detour by watching the new Murder on the Orient Express, and then, when that was over, I continued down Lacson until I finally saw the bright lights of Bacolod’s esteemed cake shop.

Which is how I ended up with that slice of cheesecake I began this article with. It’s 4 AM as I write this, and I’ve finally decided I’m going to take the 9:30 AM Ceres home. 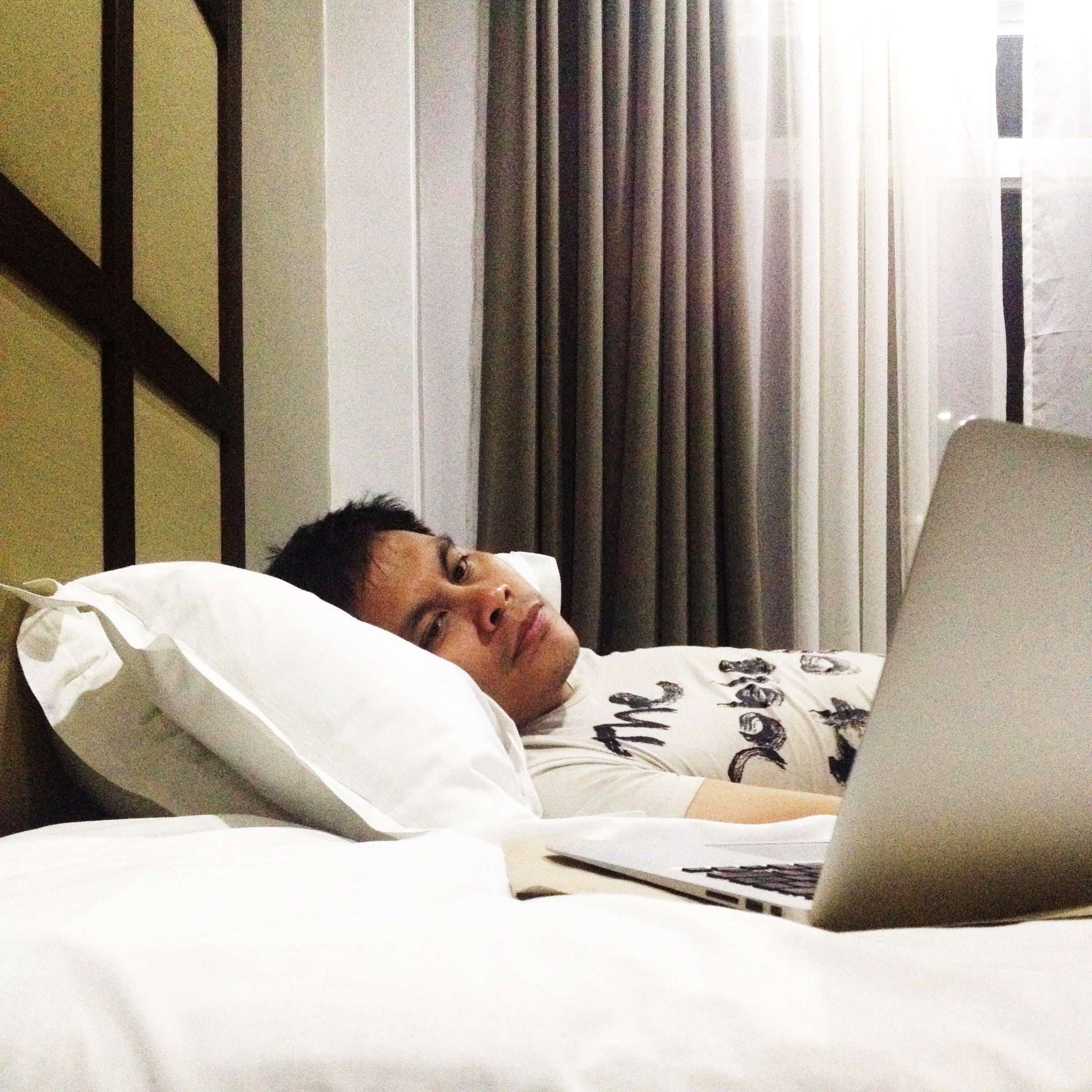