Part 3 of the Dumaguete Heritage Series

Read the title. That’s probably one way of registering the horror of the loss of heritage—and perhaps it is a crude example, but what translates these days as a galvanizing way of underlining the issue?

What can we imagine to make us understand there is value in cultural memory? Perhaps to imagine the Banaue Rice Terraces left crumbling to the ravages, through the combined battery of climate change, earthworms, and abandonment? To imagine the entire of Intramuros demolished to make way for another mall? To allow an original copy of Rizal’s Noli Me Tangere be eaten by termites because of sheer neglect? These are extreme examples of course—and thank God these scenarios are probably not happening, given that these are popular examples of our patrimony with the attendant conservation efforts that come with that.

But imagine if we tear down the Dumaguete campanario—popularly referred to locally as the bell tower—simply because the lot it occupies is prime real estate, and all that history does not make capitalistic sense the way a 7-11 branch could. 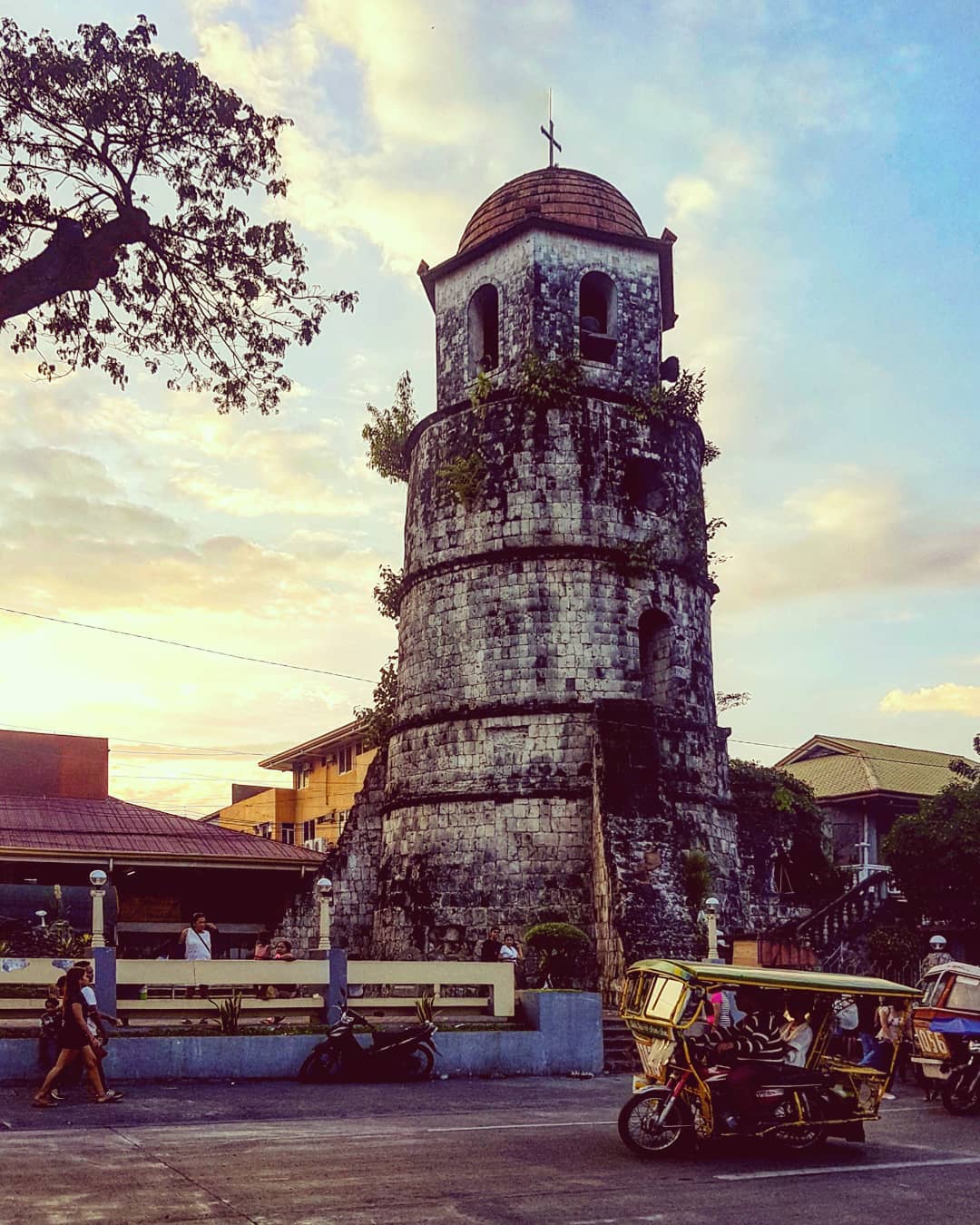 It would most likely initiate a cry of revulsion among most Dumaguetnons who are now used to its towering presence as both landmark and symbol of the city, never mind if most of them do not probably know its complete history. Most of us would probably claim value in the bell tower’s continued preservation, citing that Value is not only measured in monetary returns—and we would be right, of course. And we would probably save the campanario from that theoretical demolition—except that we forget that thousands of other items of heritage that truly compose the cultural and historical makeup of Dumaguete City are slowly disappearing, under our watch, simply because we do not know, or we do not care, or we do not do enough.

Previously, I’ve recounted the story of the Old Presidencia—the current City Hall, now being restored to its old glory as once envisioned by the great Filipino architect Juan M. Arellano—and how its fate had been emblematic of how Dumaguete has dealt with its heritage. I wrote then: “For all our self-declared trappings of being a city of the arts and culture, of being a university town, we still lack the wherewithal to make sure our heritage is preserved. And we are surely losing it, as surely as we had almost lost the Old Presidencia to neglect and lack of information.”

Because we had almost in fact lost it.

It is easy to lose heritage, even something as monumental as the Presidencia. It would actually be easy to lose the campanario, too.

Think: it was almost so easy for Vigan to lose its heritage houses. Today, we cannot think of Vigan in Ilocos Sur without those 16th century heritage houses, a UNESCO World Heritage site, which is today cited as the best-preserved example of a planned Spanish colonial town in Asia.

In the late 1980s, these same houses were decaying, and most of them were scheduled for demolition. When conservation efforts were at first suggested, there was vocal resistance from the community, most especially the owners of these houses.

The late Augusto Villalon wrote of that struggle in 2011 in the pages of the Philippine Daily Inquirer: “The early days of raising heritage awareness in Vigan during the late 1980s saw most residents and local government against conservation. Some were adamant. They saw conserving heritage as being restrictive, preventing development of their privately owned properties, and a move to freeze Vigan in 19th-century darkness. [But] resistance gradually wore down. The municipal government prepared the necessary documents and protective legislation required for World Heritage nomination… [and] heritage laws were written, thoroughly discussed with the resident community in a series of public consultations, and finally passed.”

Today, that conservation effort has been a thorough success, and it has brought a constant stream of visitors and tourists to the place, and has exponentially revitalized the economy of the area.

But imagine if the idea of conservation did not hold sway—and so imagine those same heritage houses subsequently falling to the hungry maw of a demotion truck. It is important to note from Villalon’s report that Vigan people did not at all care in the beginning. There is good reason for that: cultural memory is so intangible, and that intangibility is so difficult to comprehend. Most people do not see value in old things, that’s for sure. Anything ancient or decaying for most of us is trash, while the bling of the new is always attractive. Even the most educated among us do not necessarily take to heart the idea of conservation. 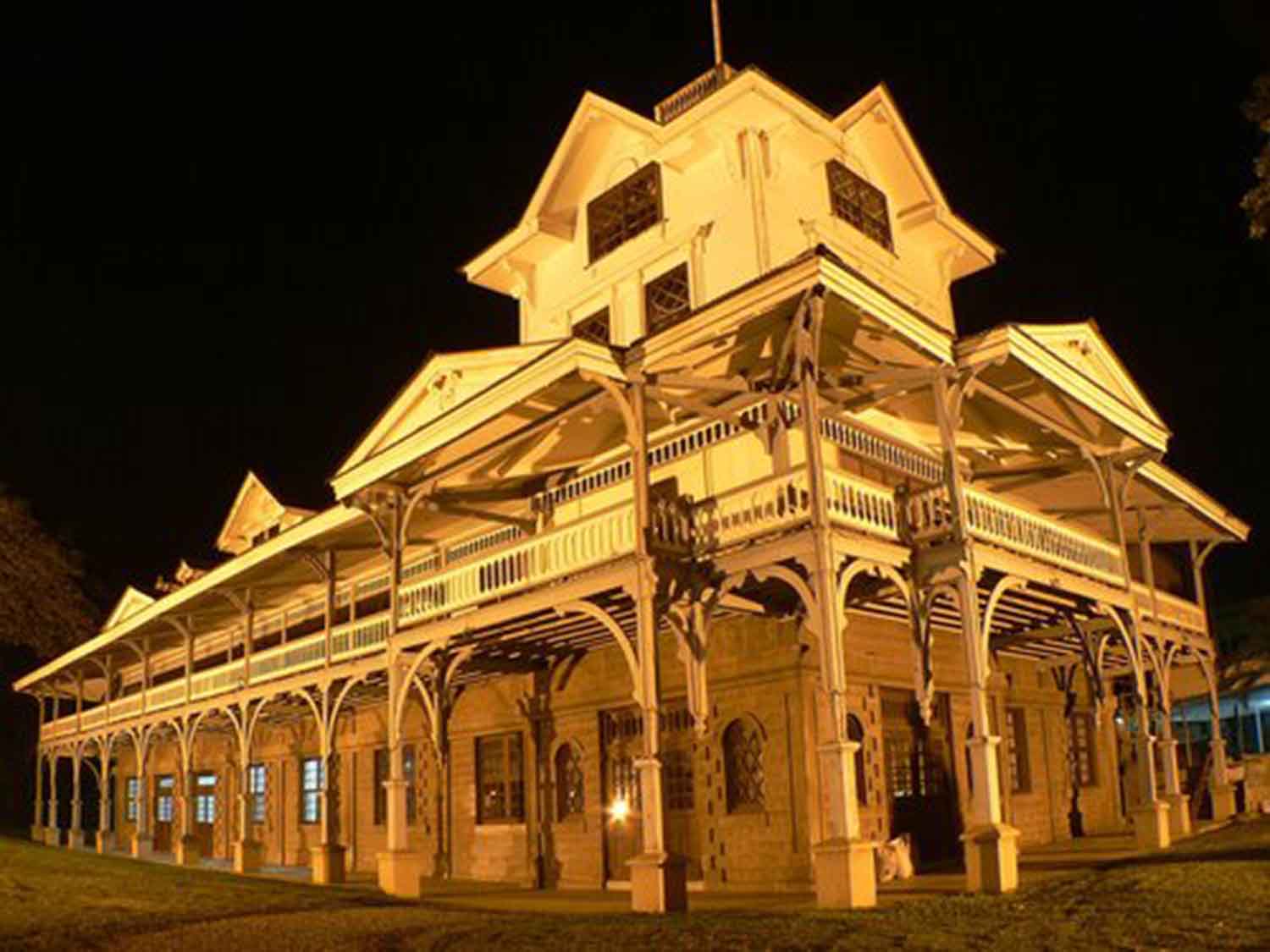 Take, for example, Silliman Hall. Today the university where it stands takes pride of the architectural and historical heritage the building stands for—it is the foremost example of American Colonial Eastern Stick-style architecture in the country, and boasting of a hall that has seen many important historical personages pass through: Emilio Aguinaldo once gave a lecture here, Carlos Garcia once stayed there as a student, and its stage—repurposed from an old opera house in New York—has seen many important cultural events since the turn of the 20th century.

What we have forgotten is that before its restoration in the early 2000s, the building had become a lowly bodega, and with the ground floor cubicled into assorted office spaces. People thought of the building as an eye sore. While there was the famous anthropology museum occupying the second floor, even this was susceptible to neglect—and in 1985, the museum was burglarized, with many priceless and valuable artifacts stolen.

In 2013, when I was editing Handulantaw, a coffee table book that chronicled the history of the art and culture of Silliman University in time for the fiftieth anniversary of the Silliman University Culture and Arts Council [then the Cultural Affairs Committee], I became aware of the horror for the way Silliman was in fact almost negligent of a lot of its heritage. I heard of the story of a Fernando Amorsolo painting found gathering dust in a corner of the Buildings and Grounds Department—until someone recognized it for what it was, and properly called attention to it. I saw with my own eyes some books from the personal library of the late Albert Faurot relegated to the bottom of some forgotten shelf at Guy Hall, becoming fodder for termites. No one knew either what happened to the priceless paintings and drawings that Dr. Faurot once owned. [But thank God we have his harpsichord, which was restored in the early 2000s, and is currently on display at the lobby of the Luce Auditorium.] The posters for the theatrical productions that Ephraim Bejar and his contemporaries directed in the 1970s and 1980s at the Woodward Little Theatre have not been archived, and are probably gone. I still hope the recordings of the Ulahingan epic, done on perishable cassette tapes by the late Elena Maquiso, have been preserved properly. We don’t have the complete titles of all significant Silliman authors, not even the Tiempos—and the manuscripts to their works have remained uncollected and unarchived. What about the recordings of Elmo Makil, Emmanuel Gregorio, and Constantino Bernardez? Where is the seashell collection of Miriam Palmore? Is the memorabilia of Eddie Romero properly archived? Is there a plan to replace the cross that towered over the Chapel of the Evangel, designed in 1965 by the famed architect Chen Chi-Kwan? Has anyone collected the paintings of Jose Laspiñas?

There are many other heritage matters that concern Silliman alone—I heard one friend for example asking out of the blue, “Have we thoroughly documented every inch and property of the stained glass windows of the Silliman Church, just in case there is an earthquake and we have records to fall back on?” [The answer is no.]—and to date, there is still no office devoted to heritage preservation and archival matters.

And this is already Silliman University, which already has a record of valuing heritage.

In response to my previous article, another good friend of mine, a loyal alumnae of Silliman and a daughter of two of its beloved [now long retired] faculty members, wrote me in confidence: “Just read your piece on the Arellano building… Because this was the exact sentiment I felt when a couple of years back, I hunted for the black and white vintage tiles of the Silliman Cafeteria, which was part of my childhood—and discovered, to my horror, that they had [just] been painted over with a coat of white paint…I also saw a sad pile of tiles belonging to the 100-year old Silliman Church standing in one corner as they tore it down to make way for the ‘new and improved’ entryway to the sanctuary. The irony is that all this ‘pillage’ was done under our own noses.”

And without a peep from anyone of us, who should know better.

Imagine what else we are losing, in the wider scheme of Dumaguete, right under our noses. But that’s another article.