Part 2 of the Dumaguete Heritage Series

Before 2018, the Dumaguete City Hall had been a conundrum: the rough outlines you could see of it from the vantage point of Santa Catalina Street, which traverses the place apart from the M.L. Quezon Park, suggested a small but elaborately styled building of some Spanish import although only a shadow of it was obvious to the undiscerning eye. Most of that original elaboration—we didn’t even know then who had designed the building—had been lost or hidden over the years, all in the increments of expansion and done in the name of horror vacui, that tendency for people to occupy and build upon every available space. You could say the devolution of the City Hall over the decades sprung from pure bureaucracy—a complete takeover of function over form. A turret defaced. A narrow walkway filled in to provide more office space. A veranda also vanished, again to make way for more office space. It was, in other words, an ugly affair: a building that had become a Frankenstein monster of mindless renovation and expansion.

For many decades, most of us in Dumaguete could not even think of declaring Pride of Place over this unfortunate state of affairs. We saw other places and their City Halls— our sister Negrense city of Bacolod easily sprung to mind as having a government center that by design also throbbed with local pride—and so we demurred about comparing our own, thinking: What else can we do? Can we even do anything?

When we visited City Hall then, it was to transact quickly with whatever city offices we had to deal with, in and out in a speedy manner, opting as we walked through the quadrangle and climbed the curving stairway and crossed the hallways, to be blind from the grime that had accumulated over the years, or the courtyard that had become a giant parking lot, or the inexplicable presence of an elementary school embracing a government center. Not to begrudge space for public education—but did other cities have public schools operating in the midst of their city halls? We thought this, but who were we to say something? Could we even do anything about it?

And then sometime in 2017: a great discovery. Upon the retrieval of the original plans from the Department of Public Works and Highways central archives, it was confirmed that the City Hall—then the Presidencia—was in fact designed in 1936 by Juan M. Arellano, perhaps the greatest of all Filipino architects, done in the elegant if scaled-down Spanish-American-Filipino “Mission Style” architecture. (The construction was finished in 1937.) 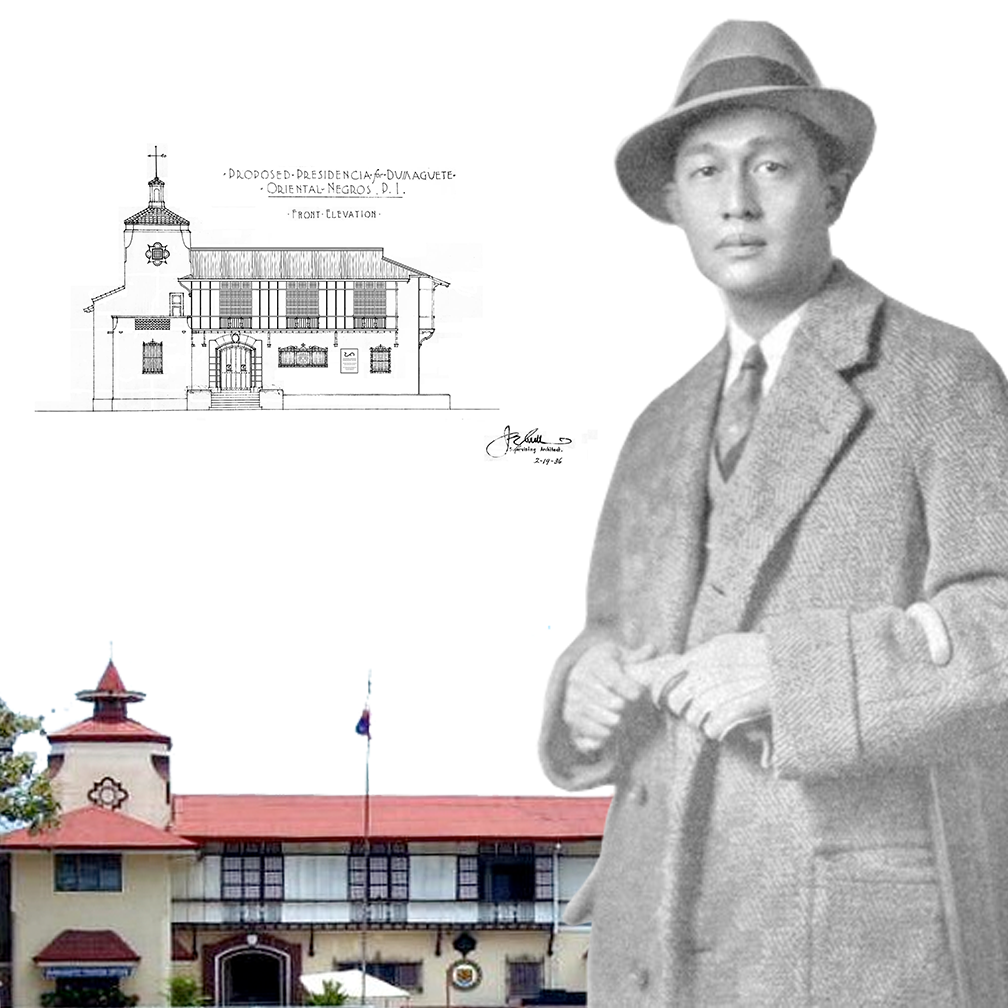 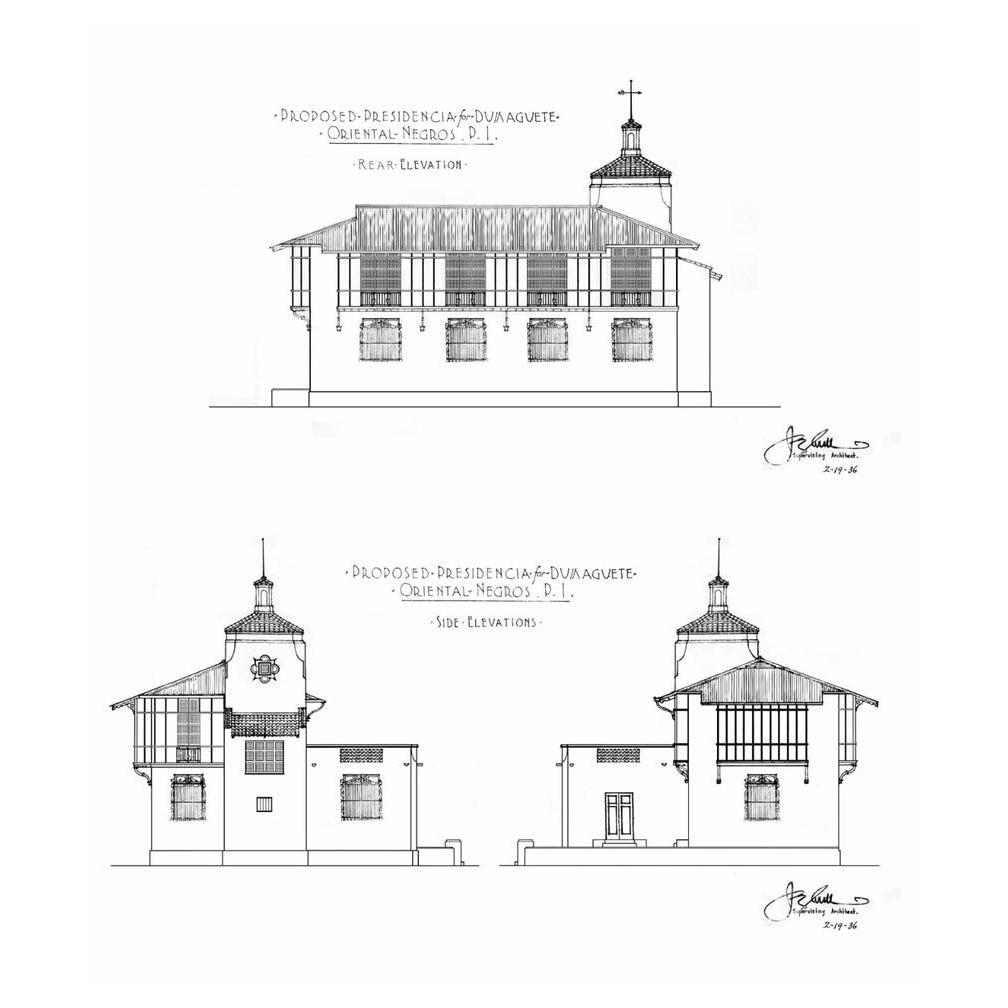 Arellano, of course, was the brilliant genius behind some of the most iconic heritage buildings in the country, and would have been declared a National Artist for Architecture had he not died at the age of 72 in 1960. (The Order of the National Artist was inaugurated in 1972, and part of its stipulation is that it cannot be given to artists who have died before that year.) Still, he had a dramatic career, which had seen him design such places as Manila’s Metropolitan Theater (1935), the Legislative Building (1926, which now houses the National Museum of Fine Arts), Jones Bridge (1921), the Bank of the Philippine Islands Cebu Main Branch (1940), and the Manila Central Post Office Building (1926).

Beyond the national capital, he was much sought after to design various provincial capitols and city halls, and out of such commissions would include the old Jaro Municipal Hall (1934), the old Iloilo City Hall (1935), the Negros Occidental Provincial Capitol (1936), the Cebu Provincial Capitol (1937), Misamis Occidental Provincial Capitol Building (1935), and the old Cotabato Municipal Hall (1940)—most of them done in the classical Greek style, save for the last one, which incorporated the neo-vernacular architectural style and featuring Muslim motifs, and Dumaguete’s, which drew on the town’s mélange of Spanish and American influences. That he had taken the commission to do the presidencia of a small (but burgeoning) town perhaps attested to the appeal of Dumaguete even then.

The Presidencia Arellano designed faced the Quezon Park, which was already in place since 1916—but his friend the Italian sculptor Francesco Riccardo Monti added to the park the sculpture and fountain of three women bearing a basin around the time Arellano supervised the building the Presidencia in 1937. Monti stayed in the Philippines from 1930 until his death in 1958. During his stay, he worked with local architects and sculptors on major projects commissioned by the government and private individuals. Several of Monti’s sculptures are part of Metro Manila’s landmarks. His statues can be seen in front of public buildings or plazas, while his relief work decorate many exterior and interior walls in heritage buildings.

And what for us this discovery of Arellano and Monti?

To know that this uglified building has been a small masterpiece of an architectural giant suddenly gave many of us a new way of looking at it. That it was something finally to be treasured, and its past glory and beauty retrieved. Also that how easy it was to lose sight and then neglect something so beautiful, so important to our heritage—simply because we often do not know, and do not care.

Now the Old Presidencia is being reconstructed and restored, and finally to become a satellite museum under the auspices of the National Museum of the Philippines, which would finally house the artifacts and heritage materials of our history, culture, and arts. It is slated to open in early 2019. (The public declaration by the National Museum of the Old Presidencia as an Important Cultural Property is scheduled on March 6.)

But the story of the Old Presidencia is emblematic, more or less, of how Dumaguete deals with its heritage. For all our self-declared trappings of being a city of the arts and culture, of being a university town, we still lack the wherewithal to make sure our heritage is preserved. And we are surely losing it, as surely as we had almost lost the Old Presidencia to neglect and lack of information. 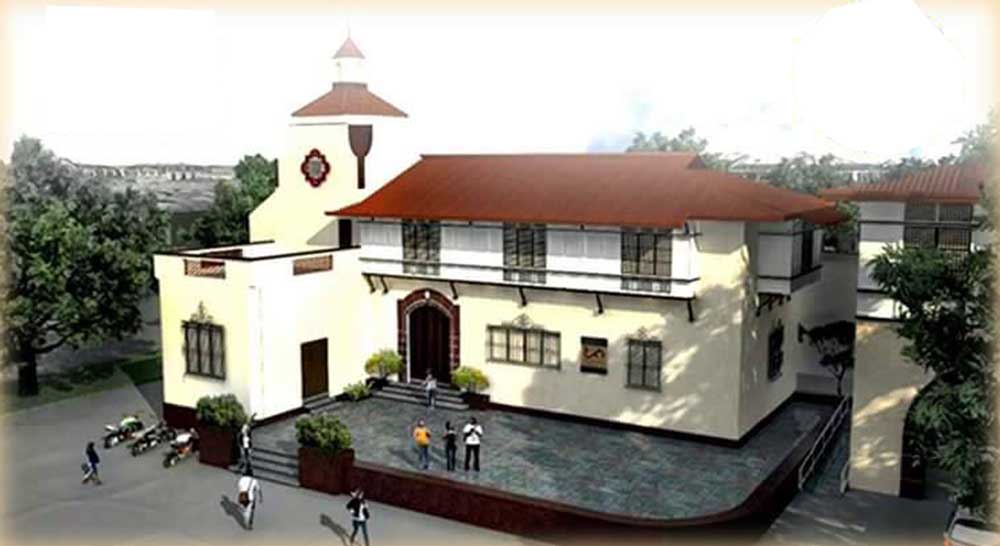