An American adaptation of Bong Joon Ho's Parasite [2019] has been announced, and people are going ape-shit about it. [See this Esquire piece that calls the entire enterprise "offensive."] 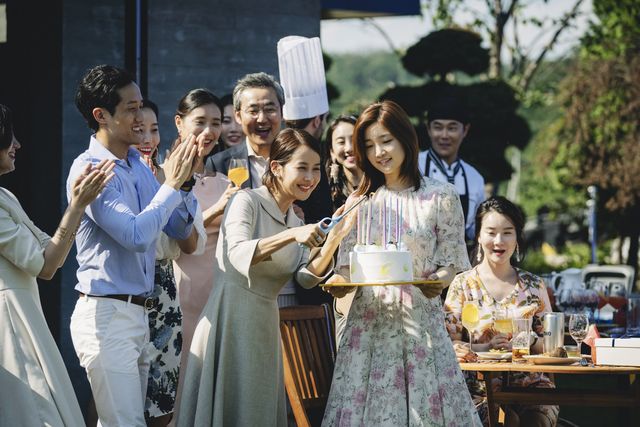 I actually like the idea of "remakes," given of course two things: [1] audiences should always try to see the brilliant original, and [2] creators should always strive to produce new material instead of rehashing what already came before.

Still, remakes create a kind of synthesis of the inspiration and the inspired -- and sometimes when a different culture does a take on something, something entirely new can come out of it [e.g., Summertime, the 2001 South Korean film directed by Park Jae-ho, which is a remake of Peque Gallaga's Scorpio Nights, 1985].

Most remakes of course are terrible [e.g., George Sluizer's 1993 remake of his own 1988 The Vanishing]; some are misunderstood experiments in style [e.g., Gus Van Sant's 1998 reworking of Alfred Hitchcock's Psycho, 1960]; some are better recreations by directors finally coming into their own [e.g., Leo McCarey's An Affair to Remember from 1957 is so much better than his own Love Affair from 1939]; some become equally great as the original but give a delightful tinge of difference [e.g., Sebastián Lelio's Gloria Bell from 2019, a remake of his own 2013 Gloria -- I honestly like the Julianne Moore version better]; and some are delightful experiments in cultural mirroring [e.g., the entire unlikely "franchise" of Perfect Strangers, the 2016 Italian film that has spawned remakes in Spain, South Korea, China, India, France, Turkey, Greece -- each one a virtual copy of the other, but each one nuanced by sharp cultural differences]. Without remakes or rehashes, Philippine cinema wouldn't have its parody of everything as diverse as James Bond [For Your Height Only, starring Weng Weng in 1981], Batman or Dracula [Batman Fights Dracula, 1967], and Three Men and a Baby [Rock-a-Bye Baby, Tatlo ang Daddy, 1988] -- all of which have since given us campy delight.

I guess the only criterion is to be a good film, or, echoing Ezra Pound, to make old things somehow "new."