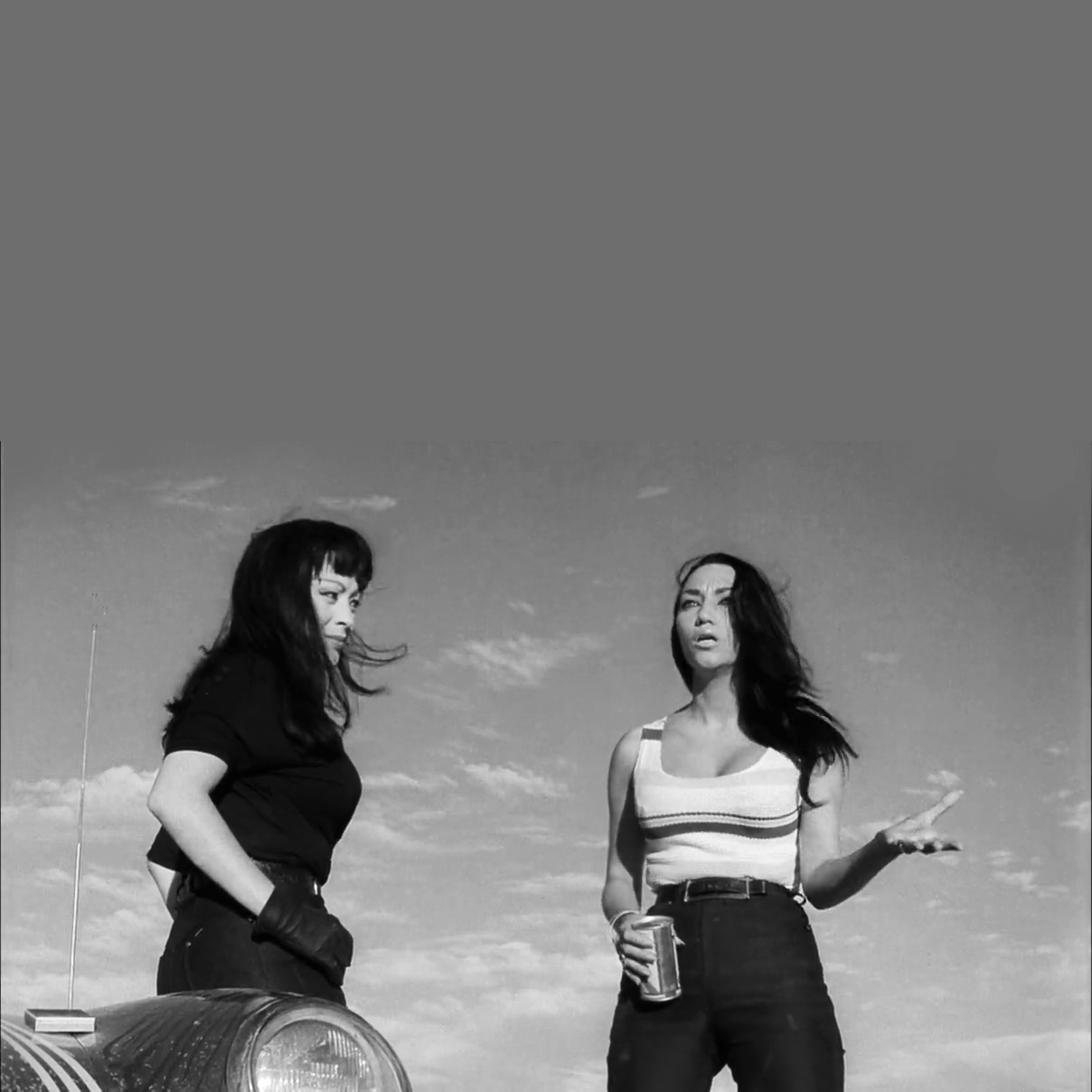 A few days ago, I decided to finally do something about my not having seen a single Russ Meyer movie—and watched three: Faster, Pussycat! Kill! Kill! [1966], Beyond the Valley of the Dolls [1970], and The Seven Minutes [1971], the latter as a kind of corrective where you can find Meyer going beyond his usual B-movie schlock of boobs and guns and drugs by actually delving into “serious” stuff: a court case about a book accused of being obscene. I liked it, but it does pale in comparison to his acknowledged masterpieces. One surprise I found regarding Faster, Pussycat! Kill! Kill!—his extravaganza about three go-go dancers making trouble in the desert—is that two of its vixens are of Filipino descent: the glorious Tura Satana [as Varla] is half-Japanese and half-Filipino, and Haji [as Rosie] is Canadian-born of British and Filipino descent.