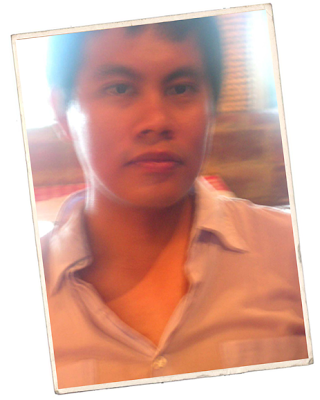 How strange some days become, and how they can defy expectations. Sunday, yesterday, did not start out well: as usual, Dumaguete was plunged into its usual Lord's Day blackout. I first noticed the absence of electricity when I woke up to the feel of stickiness on my skin as the morning dragged on. There was complete quiet. The electric fan had stopped long before. Then, almost grudgingly, I stood and began my day, and what started as a minor decision to wipe the kitchen counter became full-blast house-cleaning. By noon, the house was clean, I was happy, and I was ready for lunch. Mark and I had late lunch at Le Chalet (where we took pictures, see one above), then proceeded to the newly-opened National Bookstore over at Silliman Avenue, then bought a new betta we named Lagoon (because it was blue). The day was bright and sunny. It was beautiful, the way all Sundays should be.

[photo by the vegan prince]