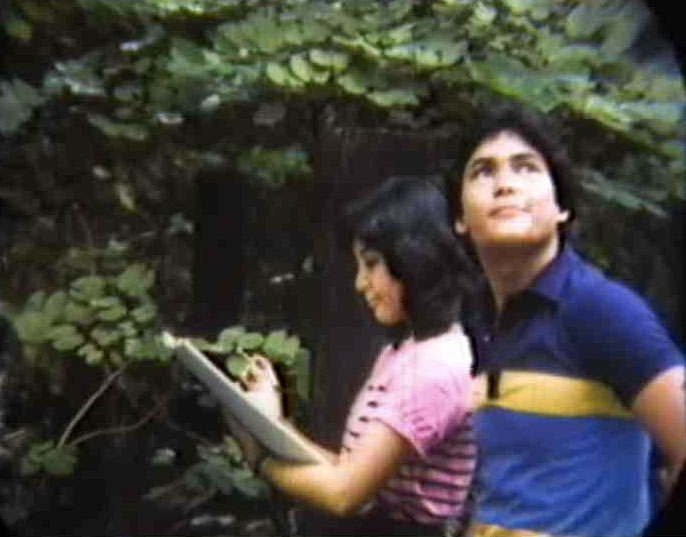 I haven't seen Eddie Garcia's P.S. I Love You since I was a wee kid in 1981 when it opened and established Sharon Cuneta and Gabby Concepcion as major teen stars. It has not aged well, no? It's like the ultimate privileged kids in a my-parents-don't-understand-me movie. And all these trappings of riches—Mercedes Benzes! private planes! haciendas! horses!—seem to be too much in the context of the realities of 1981, and seem to contradict Garcia's general sense of subduedness, underlined with Sharon's very inchoate, very whispery performance. ["Papaaah..." "Mamaaah..." It's too cute, to be honest.] I think this needed the pizazz and the irony of a Danny Zialcita.

Still, I think this is an important film, and really should be restored. It's a time capsule.

P.S. I Love You is currently streaming in iWant.