Part 9 of the Dumaguete Heritage Series

The Campanario de Dumaguete as it stands today was built during the time of Fray Juan Felix de la Encarnacion who took charge of the Dumaguete parish between 1867 and 1879. More famously called the Bell Tower, it is set on the remains of the original southeastern watchtower originally built by Don Jose Manuel Fernandez de Septien, parish priest of Dumaguete, between 1755 and 1760.

There were originally four of them. 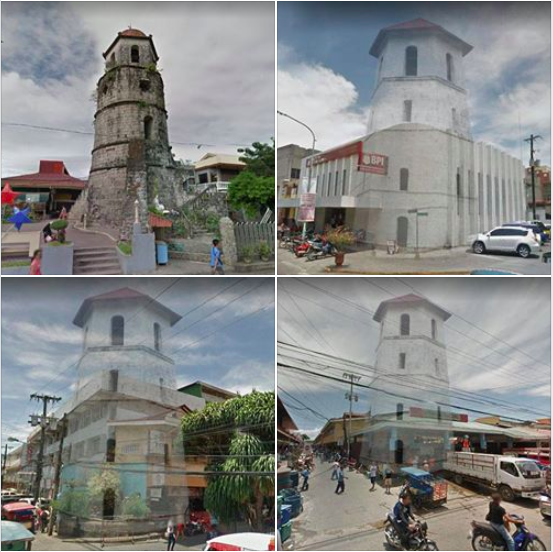 The "ghost" towers in these photos are not fully representative of the original structures. They might have been two-storey structures, with no belfry. The "ghost tower" used here is taken from a photo of the Panglao watchtower.


They were the four corners of an ancient Spanish colonial fortress that surrounded the massive stone church and the convento built by Fr. Septien, which kept Dumaguete safe from the pirate raids from the south.

From church historian Fr. Roman Sagun Jr., we learn that “the convento was built from choice strong materials, which covered even the rear portion. This edifice, in which remnants of warfare can still be found in its original doorway, was constructed like a strong fort and ensured safety from any attack by pirates. It was also fortified by a wall over two meters in height from the outside, forming a large square in the center where the church and the convento were situated; there was also a large plaza where the inhabitants could take refuge in times of necessity.”

We also learn that “aside from constructing the church, the convento, the fortress, the watchtowers, and the contravalla, Fr. Septien also built bulwarks which were located at strategic positions on the beachfront of Dumaguete. All these were made of stone and were well secured, and they were utilized to keep watch on the coast and prevent any surprise pirate attack.”

From some strange unfurling fate, the campanario has withstood the test of time, even though the original watchtower it is set on is largely gone, its ruins becoming the foundation of Fr. Encarnacion’s project. It illustrates very well the caprices of history, the brutal march of time, and the attendant ravages of the elements.

History is easily vanished; I believe the campanario has only truly survived because it has come to transcend history—it has become an icon. As an example of built heritage, its fate—at least for now—is secure. But the fight for heritage preservation is always a generational story, and the battle will always be fought every time another generation comes of age.

Perhaps definitive of built heritage that has come to transform significantly Dumaguete is the Paseo de Rizal, or the Rizal Boulevard, and the pier. The boulevard was named after Jose Rizal, the national hero, who is said to have spent a few hours along the stretch to stroll before departing for Dapitan for his exile. It currently extends at a length of 967 meters, from the Press Club to the pier, including the extended promenade. The promenade follows the city’s shoreline, and is lined with the beautiful [formerly] private houses—the so-called sugar houses—of local hacenderos and the buildings of Silliman University.

When the latter was still Silliman Institute in the early years of the 20th century, it had become a popular school for many students from other places to matriculate in, and people from other parts of the country started arriving in droves in Dumaguete, which had no pier. To land in Dumaguete then, according to historian Caridad Aldecoa-Rodriguez, passengers had to be “carried over the shoulders of some husky cargadores from the boat to the shore to avoid becoming wet. This was a common sight at the beach in those times.” 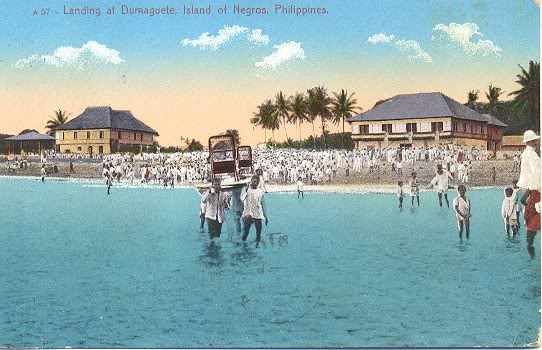 By June 1919, Vicente Flagrante, the local district engineer, had finished the plans for a pier in Dumaguete, and an appropriation for P50,000 was approved, with succeeding appropriations coming until 1935.

It was the greatest improvement Dumaguete had ever undertaken at that time. Before the building of the pier, however, the construction of a boulevard running parallel to the seashore of Dumaguete was a stroke of genius for the town planners. It was designed to connect the provincial road with the port, and four principal streets of Dumaguete—now declared first-class roads—were joined with the boulevard by 1916.

The boulevard came at the height of infrastructure construction under the leadership of town mayor Señor Ramon Teves Pastor [who served from October 1912 to October 1916], which also saw the construction of Quezon Park in September 1916. Señor Pastor as town mayor should be credited for having largely shaped the Dumaguete that we know and love today.

His ancestral home—another heritage building which has seen various phases of extensions and repair over the decades but remains a heritage structure at heart—is at the corner of Real Street and Locsin Street, a magnificent white house clearly of vintage mold. 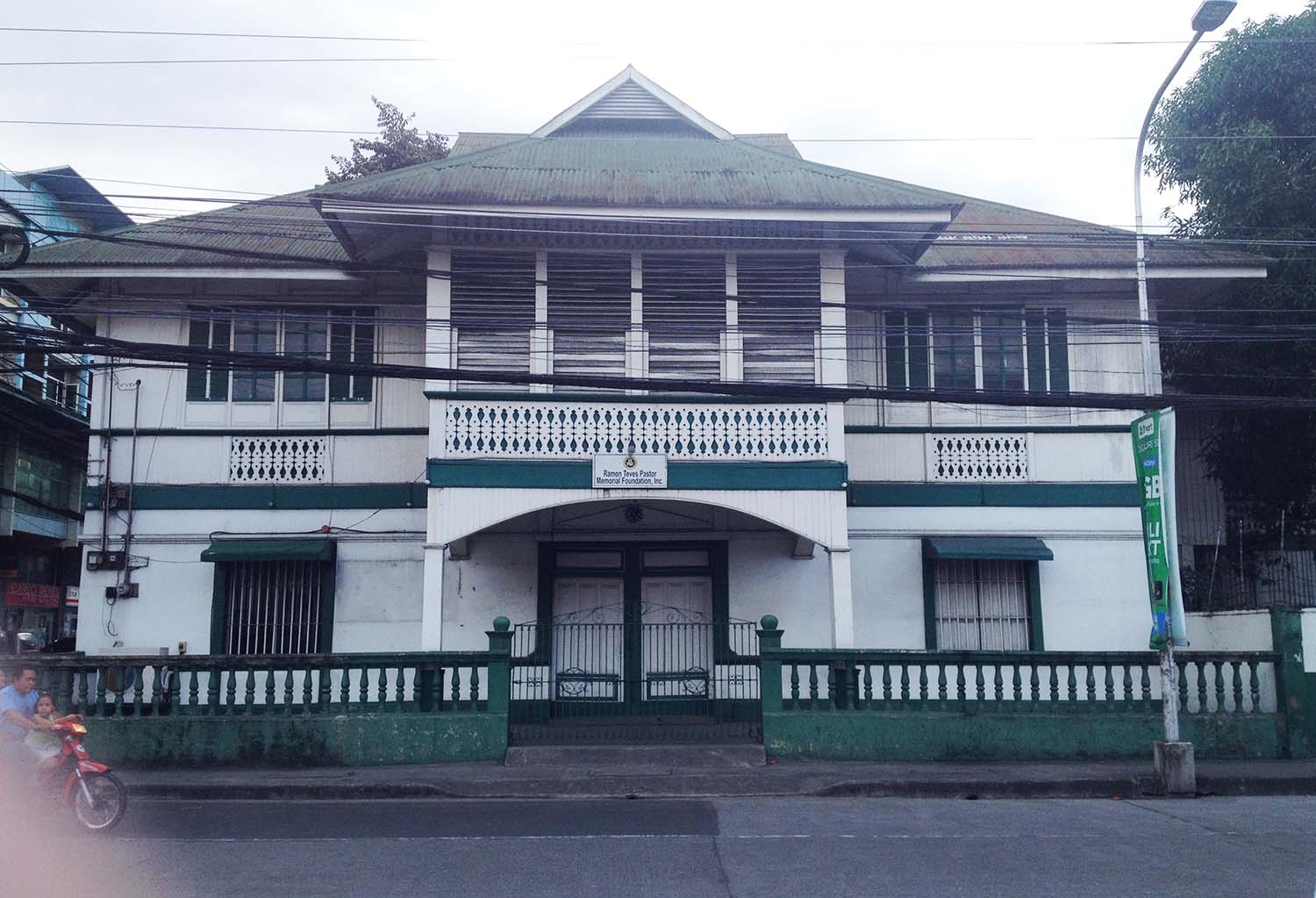 Every time I see this house, I wish Dumaguete remembered more fervently the memory of this patriarch: Señor Pastor, after all, was instrumental in shaping Dumaguete. Without him, the Dumaguete we know and love—paseo, pier, and park—would not have become that city at all.