1:19 AM | Let Netflix Burn Everything 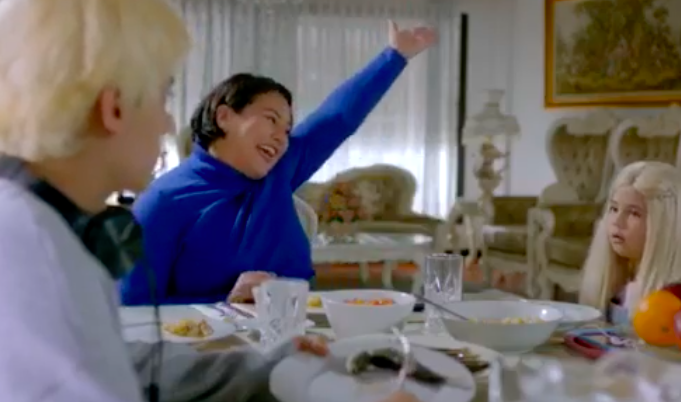 On February 27, Jose Javier Reyes—screenwriter of Oro Plata Mata and director of Pare Ko, Live Show, and Kasal, Kasali, Kasalo—posted this on his Facebook page: “The box office results of both foreign and local films that opened today are all dismal. It may be sooner than we expected.” The post had a fearful urgency, and since it came from someone who has been working deep in the trenches of the local film industry for so long, it also felt like a missive from someone in the know. A prophecy almost, and it smelled of doom. But what is that “it” that is “sooner than expected”?

This is the “it” thus defined: nobody is watching movies in the theaters anymore. Except the latest from Marvel.

I was reminded of these social media posts from Mr. Reyes when I caught this headline from The New York Times, dated 6 March 2019: “‘One Hundred Years of Solitude’ Is Coming to Netflix.” The news story was being posted in quick succession on the newsfeed of so many friends on Facebook—and I understood the excitement and the frenzy of the sharing. The Gabriel Garcia Marquez novel, originally published in 1967, is a classic of world literature, and it is the favorite tome of the magic realist bent for many, many people—and it has never ever been adapted for the screen before. Considering what a landmark of literature it is, it is indeed a surprise that only now do we get stirrings of a film adaptation.

The New York Times article provides an explanation: “It was not for lack of interest,” the article goes. “In a recent call, the Nobel Prize winning novelist’s son, Rodrigo García…said that his father had received many offers over the years to adapt the book to film. But his father was concerned that the story would not translate well or fit within a single movie (or even two), he added. García Márquez was also committed to the story being told in Spanish, so many offers were ‘non-starters’ to him.”

In other words, for the author, the very form and the very business of film itself made him say no to all the offers of adaptation. Movies must be two hours long—three at the most, the industry insists, and to make sure it would have legs to carry it through the expected demands of the box office, it has to have the characters speak in English, even cast non-Latino movie stars to make it sell. Such have been the familiar strictures of commercial cinema, especially in Hollywood.

Only very recently have we gotten a pathbreaking platform that is currently making mincemeat of those very strictures, rendering them as relics of another time. With Netflix—and streaming in general—length has ceased to be a concern. We have learned to “binge-watch,” and we have learned to appreciate long-form storytelling. After Netflix gave the greenlight to Mike Flanagan to expand Shirley Jackson’s novel The Haunting of Hill House into a 10-episode series, the show became an unexpected hit. There are similar success stories in the Netflix mold. Alfonso Cuaron’s Roma—which recently harvested a number of Oscar wins—is another such unlikely success story: an award-winning film that is set in Spanish, subtitled, made in Mexico, starring unknowns, and photographed in black-and-white. It found a home in Netflix the way it could never probably have in a regular studio. To quote Rodrigo Garcia again from the article: “Netflix was among the first to prove that people are more willing than ever to see series that are produced in foreign languages with subtitles. All that seems to be a problem that is no longer a problem.”

But that’s the thing about Netflix and why it’s capturing eyeballs—and why it seems to be rapidly displacing theaters as the shrine for contemporary filmed entertainment, as we could cull from the Facebook posts of Mr. Reyes: it is brave in its risk-taking the way movie studios haven’t been in years.

It does stumble a lot in that risk-taking [let’s never talk about True Memoirs of an International Assassin starring Kevin James as a James Bond wannabe], but it can afford to and the rewards more than compensate. The Oscars for Roma is the best and most recent example. Movie studios, on the other hand, have been boxing themselves in for many years now, churning out the formulaic and the franchise-rific, because they’re the “surest deal.”

Who can blame them though? The risks in mainstream filmmaking have never been greater, and movie studios today face the same kind of dilemma they once had when television was suddenly resurgent in the 1950s. To survive today seems to entail a regurgitation of what has already proven successful, hence the avalanche of superhero movies and the like. But when Hollywood actually does something totally out of the blue, sometimes critics are too ready to pounce unfairly with sharp knives—like the attendant hatred that came for Darren Aronofsky’s Mother!, a great, if mind-boggling, movie that was fried critically and was largely ignored at the box office, even if it starred Jennifer Lawrence. Audiences stay away from the likes of Mother! because movie-going simply has become too expensive these days for anyone to gamble on the untested. It’s a lose-lose situation for movie studios.

Consider Netflix. It only demands a flat monthly fee that’s roughly equivalent to the cost of one movie ticket. For that, it gives the subscriber a smorgasbord of choices, from the safe [“The Kissing Booth”] to the zany [“Maniac”]. It is a business model the studios [and movie theaters] can never probably emulate, and it is killing the latter.

I still watch movies in theaters as much as I can though, simply because I know the experience of watching a movie in a theater can never be equaled by a computer or a TV screen—but I also completely understand why many people don’t go to the theaters anymore. Because, hey look, Netflix is actually giving us Gabriel Garcia Marquez! Also Rebel Wilson in a rom com! [If you’re into that.] Also Heneral Luna! What choices! And you don’t even have to bear with traffic and terrible popcorn and that tita who can’t stop rolling through her Facebook in the middle of a movie!

When was the last time a local movie in a theater seriously wowed me and many people in Dumaguete? Patay Na Si Hesus, actually—which beguiled and swept through most of the Visayas like the Second Coming. It proved a local hit because representation does matter! But do you think Star Cinema or Regal Films will ever make a film like this, in Binisaya, embracing non-Manila realities? I don’t think so. Even then, movie theaters barely released Patay. They also barely released Heneral Luna, too. Until the clamor from the grassroots for both films could no longer be ignored, and suddenly they were getting prime slots in the cinemas, but only after several weeks of independent screenings by the enterprising producers who were going through alternative distribution, in this case the school circuit, to have their films seen because no movie theater would touch them.

Distribution is one of the biggest problems facing Philippine cinema today, compounded of course by the reality that most well-made films of certain gravity remain bound to festival screenings [hence, we have a very Manila-centric film culture, because most of the festivals are there] and they never really do the rounds of the rest of the country. But Vice Ganda films do. This creates a perception for many ordinary filmgoers that these are the only types of films we create for the mass audience, hindering them from seeing, and learning to expect, better fare. They are so used to these trashy films these have actually become an intrinsic part of the local cinematic diet. It’s like Jollibee; we know that fast food’s bad for us—but we have been taught to drool at the sight of a Chicken Joy or a burger steak. It’s no wonder these films earn millions every December when the MMFF comes rolling around; the local industry has taught them to expect only this. A change for the better will remain a pipe dream. MMFF had a rare and glorious turn for the better in 2016, which could have been a start—but now it’s back to the comforts of the old pigsty. The revolution never happened.

When smaller production houses try to book their films in a popular mall chain—guaranteeing, to some degree, countrywide distribution—the effort feels very much like dealing with the Mafia. In Cinema Rehiyon 10 in 2018, during a forum held in a cavernous Cavite mall theater, I was forced to listen to a representative of these mall chain cinemas give a fantastic spin for why the system is the way it is, even giving fantastic excuses for why local cinemas are still opening movies on Wednesdays and not on weekends, and for why they do the awful practice of pulling out a local movie if it doesn’t meet a certain quota on the very first day of screening. This, even if the film showed promise it would have better legs in the coming days, if only it was allowed to stay on for a few more days. So many good films have been sacrificed because of this practice—which does make a bit of sense if commercial interest has to trump over anything else. But why then did they allow Bato to linger on in theaters, even if absolutely nobody was watching it? And how could that terrible movie earn a B rating from the Cinema Evaluation Board? Politics?

And why is the testy compromise over the MMFF have to be the formation of the Pista ng Pelikulang Pilipino, slated only for a week in August, a month which is acknowledged in the industry as the slowest movie-going month of the year?

The system is terribly rotten.

And so, if Netflix must be the one to burn down the current one to make way for hopefully something better [independent micro-cinemas seem to be one answer], so be it.

In the year that we celebrate the centennial of Philippine cinema, let it all burn.