Part 6 of the Dumaguete Heritage Series

The truth of the matter is—and this has been the very heart of my argument since this series of articles on local heritage started last month—Dumaguete is a city rich of history, of heritage, and of culture. It is in fact a city that has largely been shaped in that regard.

Imagine the Dumaguete that you love right now—and I can bet that none of you will think of it without any regard of any of the following: the beautiful Rizal Boulevard, the historic campanario, the stately Silliman Hall, the bountiful nature of the adjacent Bohol Sea as well as the neighboring towns, the vibrant art and culture that has produced two national artists: Edith Tiempo as National Artist for literature and Eddie Romero as National Artist for cinema. And if we are to go even further, two National Scientists as well: Clara Y. Lim-Sylianco for biochemistry and Angel C. Alcala for marine biology. How magnificent for one small city to produce such giants!

These are all instances of local history, heritage, and culture. Without all or any of these, Dumaguete would not have been a draw, would have just been a regular Philippine town devoid of magic and heart.

And yet in any consideration of development for the city, these are the things that are easily scrapped and forgotten.

Consider the many historical and ancestral houses we have in the city that are slowly being torn down and redeveloped, to become nondescript office buildings without character. Consider that we have not done a full cultural mapping of the place, which is always the first step to any attempt at heritage conservation. Consider that most of these things are not appreciated by so many locals, simply because there is no reminder nor incentive to do just that.

But there is a hopeful start. It is as of this moment quite inchoate, but nonetheless it is a start. One of the first things that Mayor Ipe Remollo did in his recent term as head of the LGU was to constitute, after a resolution passed by City Councilor Manuel Arbon, a City Heritage Council—the first of its kind in the city in an official capacity in all of its history, the lack of which had been such a puzzle to consider, given our vaunted love for Dumaguete as a city of culture.

Executive Order No. 2 of 2018, signed by Mayor Remollo that year, acknowledges that “there are a number of valuable and existing sites, properties, buildings, institutions, books, and cultural practices and traditions in the City of Dumaguete that are worth preserving, rehabilitating, or protecting for posterity’s sake,” and that “there is a need to preserve such heritage in order to secure the identity of Dumaguete City for generations yet unborn, especially in the present age of rapid socio-economic development and cultural diversity as these define the unique image of the city.”

This is consistent with Republic Act 7160, in relation to the State policy to foster the preservation and enrichment of a Filipino national culture, under Article XIV of the 1987 Constitution, and with this Dumaguete has proclaimed a very real need for the City Government to have a “Cultural Heritage Council.” 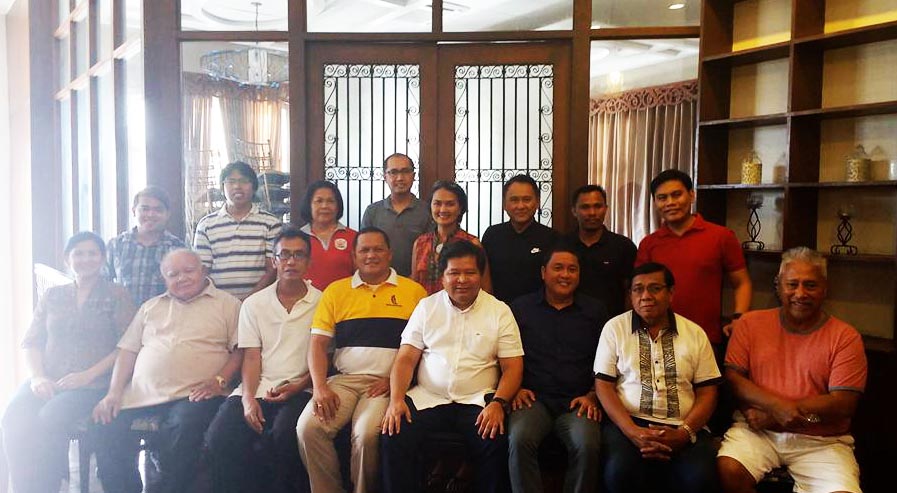 We have so much work to do [and in the next articles in this series, we will try to delineate how much work is cut out for us]. I’ve also quickly learned however that in government most things do take their own sweet time to come to fruition, often because there’s bureaucracy and accountability to face. Patience is a virtue in, but when you work hard at it long enough, the rewards can be gratifying.

One of the first projects that Jacqueline Antonio took on when she put on the mantle of City Tourism Officer in 2016 was to make sure that all Dumaguete streets were properly labeled with street signs. “Because how can you expect guests and tourists to go around when they can’t even tell where they are, even with a map?” she told me once. She and her office proceeded to map out all street corners—even including the ones deeper into the western side of the city—and inventoried what remained of the old street signs, taking note what needed a new structure and what needed only a few repairs. It took time, but finally, at the tail-end of 2018, the new street signs are out in its first phase of installations, in a project worth P600,000. The second phase will consider the inner streets of Dumaguete. 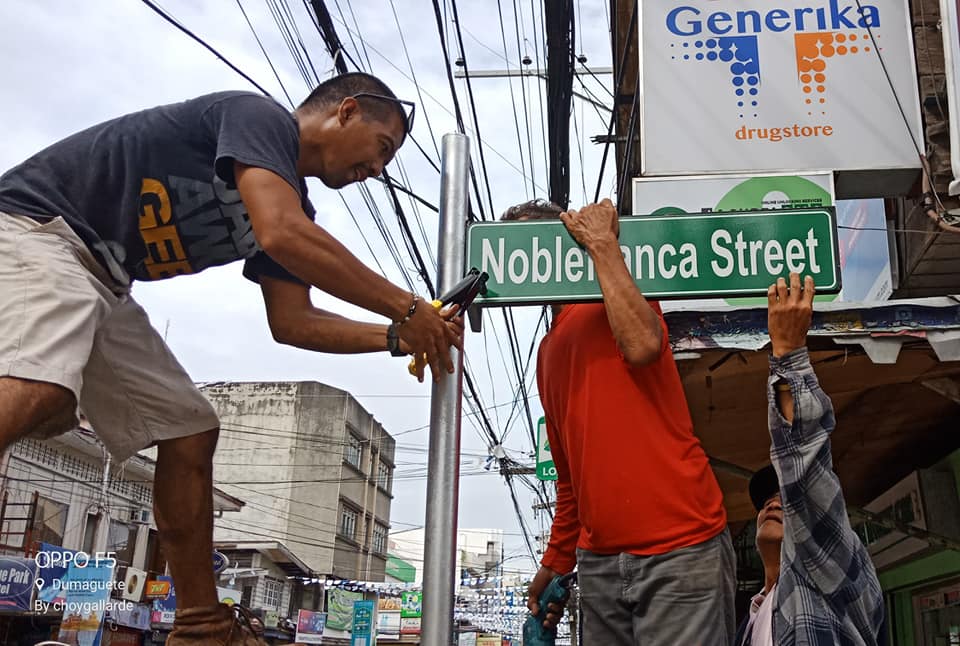 A project of the Heritage Council, under the auspices of the Tourism Office, is the Hugkat Journal, its official publication, which seeks to document all manner of articles and research on local history, heritage, culture, and the arts. [“Hugkat” is the Binisaya word for “to unearth” or “to trace,” and is related to kabilin or “heritage”.] Its current editor is Dr. Cleope, with yours truly as associate editor. This, too, is taking some time to take shape—but the first volume is already out, containing particular histories of Dumaguete City by Fr. Sagun [on Padre Mariano Bernad’s history of Dumaguete in 1895], Prof. Magtolis [on the early Protestant endeavors in Negros Oriental, focusing on the Malahay Brothers and Angel Sotto], Prof. Caridad Aldecoa-Rodriguez [on Dumaguete during World War II], Dr. Cleope [with a list of presidentes, municipal and city mayors of Dumaguete from 1901 to 2001], and Prof. Victor Emmanuel H. Enario [on the political career of Mayor Jose Pro Teves, 1948-1978]. At least two more volumes are forthcoming in 2019. 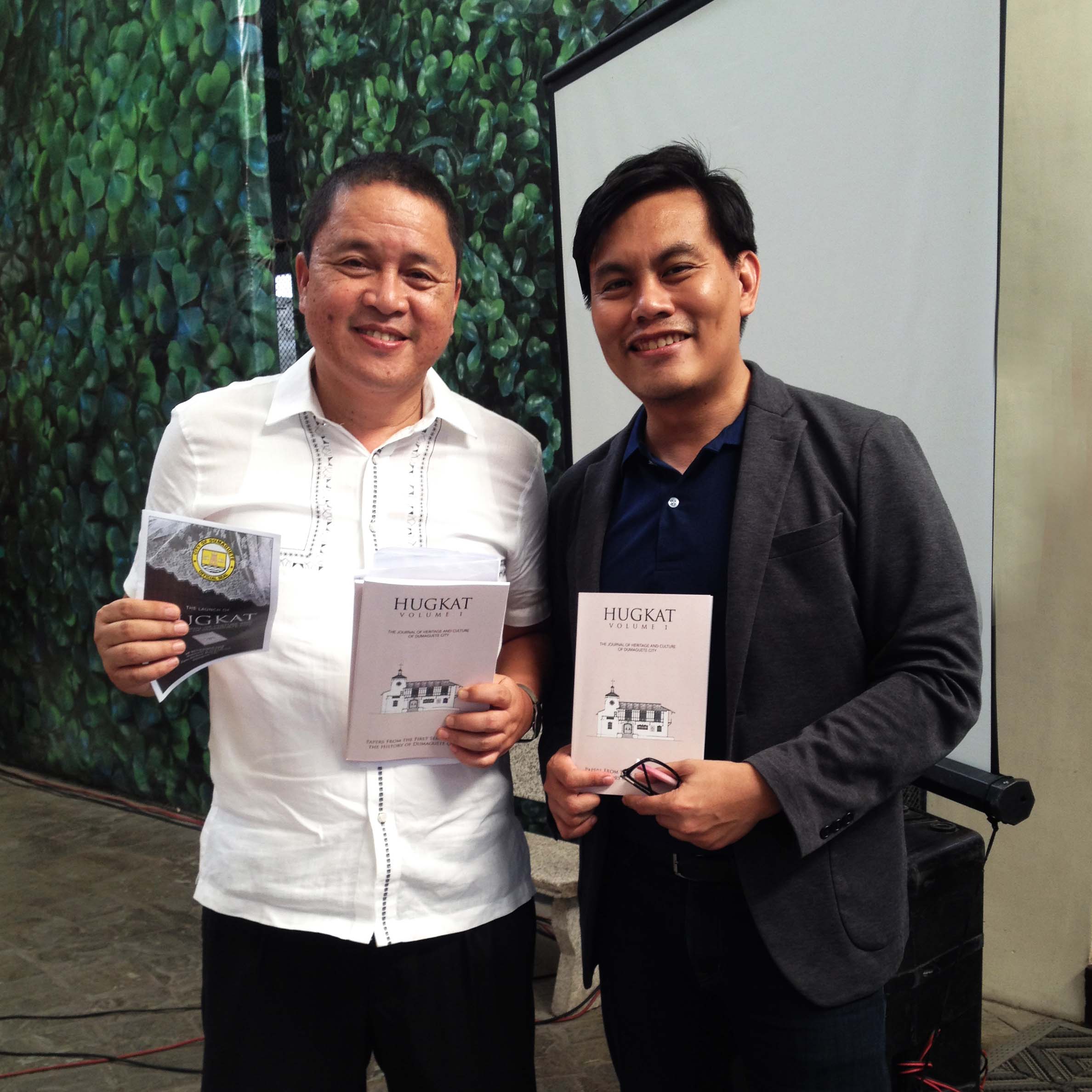 Dr. Cleope, meanwhile, is also soon spearheading a city-wide cultural mapping project, which he has already began in a smaller scale with his senior high students at Silliman University, where he is a history professor as well as the Vice President for Academic Affairs. A cultural map is a vital necessity, a tool that helps identify what constitutes a place’s heritage in terms of five markers: movable heritage, natural heritage, built heritage, intangible heritage, as well as local creative industries and occupations. Once verified and properly documented, it serves as a blueprint for specific pursuits for conservation.

A precursor to this effort has also already happened—although in lightning mode. Heritage Council member Dessa Quesada Palm and YATTA have undertaken a project for the National Commission for Culture and the Arts [NCCA] titled Mugna. In 2017, they invited several prominent cultural stakeholders in the city to do a one-day cultural mapping project.

“A couple of years ago, the NCCA set a very brave question,” she told the participants then. “How can you really say that art and culture has helped economic goals, has helped in poverty alleviation, has helped in disaster risk management, and others? What has the arts and culture done so far for social development?” The bottom-line, she said, is that whatever relevance had been identified, it needed indicators.

Mugna as a project sprang from that need—this one specific to what was then the Negros Island Region [now defunct], with the Oriental side focusing on the cultural heritage of Dumaguete, Bais, Amlan, and Bayawan. (The Occidental side focused on Calatrava, Kabankalan, Murcia, Bago, and Talisay.) The focus for Mugna in 2017 was to identify and assess what is in local communities that we needed to celebrate, culturally-speaking, and how they could be used as indicators for social development.

That last point, for example, is a vital consideration. An example: go to a local souvenir shop, and chances are that part of its inventory would include products extolling Boracay or Bohol—and often very rarely Dumaguete. “How can we create what is really from Dumaguete?” Ms. Quesada-Palm asked.

Observation was also made that in preparing for local festivals, many organizers and performers would hire trainers from other places like Cebu, infusing into the local festivities rhythms that are distinctly of another place—which ultimately affects local culture. How many local festivals have absorbed the familiar sounds and beats of Cebu’s Sinulog, for example, and have inculcated that into the making of their “own” [but ultimately inauthentic] sounds and beats of their respective town’s cultural revelries?

The antidote was this, at least for the Dumaguete participants of Mugna: first, to find what exactly is the rhythm of Dumaguete, and second, once that rhythm has been identified, to find out how best to infuse it to make an authentic sound for the Sandurot. The brainstorming that occurred during that Mugna session, which later on spilled into ensuing workshops with local trainers and performers—moderated by experts sent in by the NCCA—resulted to moving the Sandurot from its former November perch to September, and with the festival taking on a specific motif, both in terms of the visual and the aural, which considered more fully Dumaguete’s history, and finally centering on the local natural heritage of pulang lapuk.

Ultimately, the goal is to find a vital link between heritage preservation and risk reduction management, and environmental concerns, and socio-economic responsibilities and concerns. What is the role of local artists in terms of any of these so-called “more pressing” concerns? That is the question we have only begun to answer. And we have only started just now—but better now than never.