I'm devastated, what a loss this is. Oro Plata Mata meant so much to me as a cineaste in the 1990s. I loved Scorpio Nights, Virgin Forest, Magic Temple, Aswang, and Sonata, too. You know how much regard I had for Peque Gallaga? This is my evidence: having a picture with him, basically fanboying. Look at my face. People who know me know I do not like having pictures taken with me and any celebrity or VIP. [And I've met so many. Not even Pres. Gerald Ford when he came to Dumaguete!] So when I do, that means something. 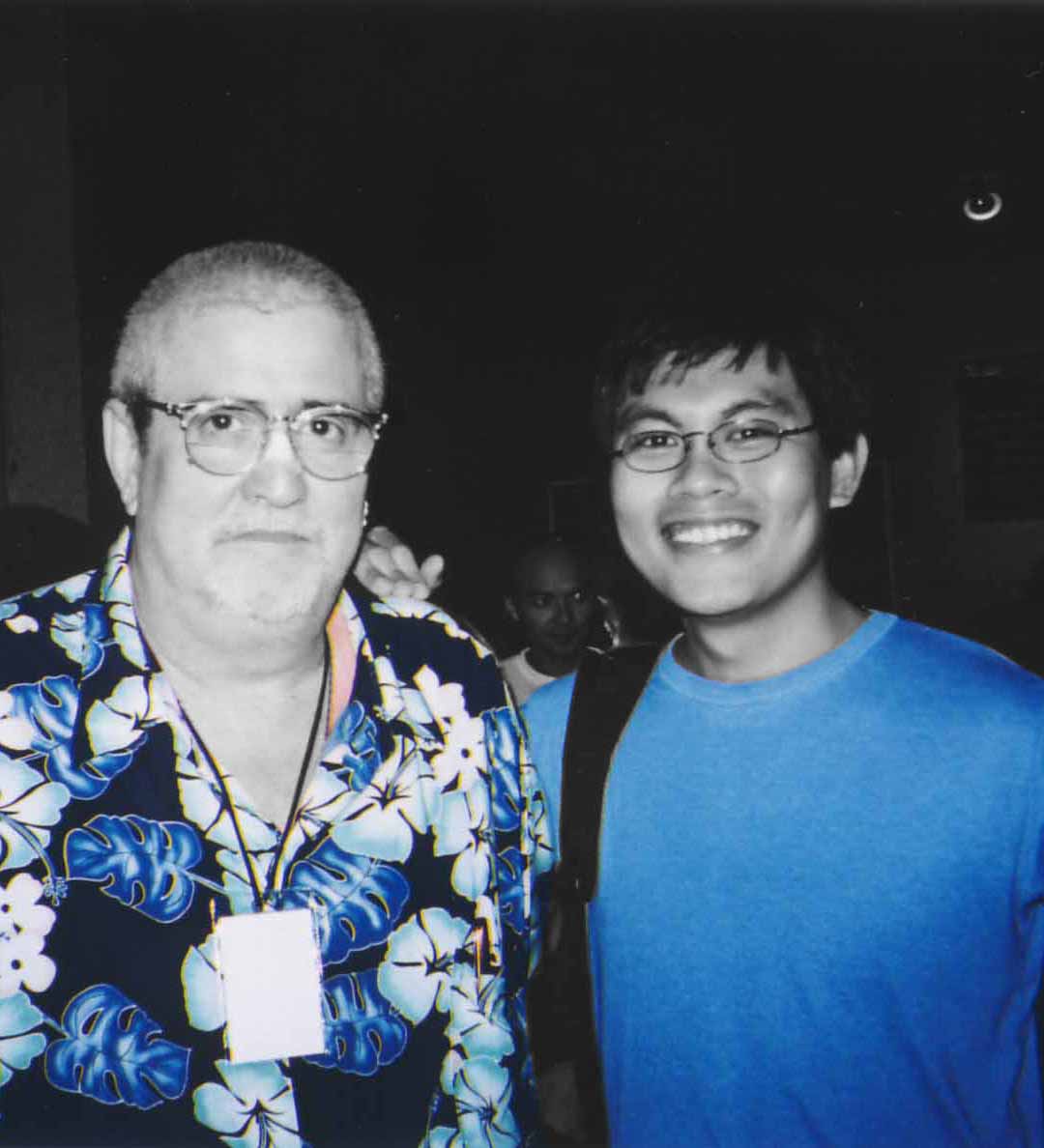 Philippine cinema has lost a giant today. Peque Gallaga was born in Manila on 25 August 1943 as Maurice Claudio Luis Ruiz de Luzuriaga Gallaga, finishing his elementary and secondary education at De La Salle University. But his roots -- and where he would eventually make his home [as well as muse] -- was Bacolod, Negros Occidental. Here, he earned his bachelor's degree in commerce and liberal arts at the University of St. La Salle. Moving back to Manila after graduation, he found himself working on television musicals, and eventually co-directed the film Binhi with Butch Perez in 1973. He did the production design with Laida Lim-Pérez for Eddie Romero’s Ganito Kami Noon, Paano Kayo Ngayon? in 1976, as well as for Ishmael Bernal’s Manila By Night in 1980, winning the Urian for both. His second film, coming ten years later in 1982, would be acknowledged by many as his masterpiece. Oro Plata Mata, produced by the Experimental Cinema of the Philippines, would see him return to Negros to film the saga of two families of sugar aristocracy and their friends as they endure the hellishness of World War II. The film was an ambitious work of singular beauty, and won the 1982 Gawad Urian awards for Best Picture, as well as awards for its direction, cinematography, production design, musical score, and sound. It also won the Luna Awards for production design and for best supporting actress for Liza Lorena. Gallaga quickly proved that the genius he displayed in Oro Plata Mata was not a fluke. In the 1980s, he churned out critically acclaimed films such as Virgin Forest [1985], Scorpio Nights [1985], and Unfaithful Wife [1986], and even helmed episodes of the first three Shake, Rattle & Roll movies. In 1986, he also started co-directing films with Lore Reyes. Of his other films, Magic Temple [1996] would be considered a highlight, including Gangland [1998], Pinoy/Blonde [2005], and Sonata [2013], which was written by his son Wanggo, and which was set in the very same ancestral house that figured prominently in Oro Plata Mata. Making Bacolod his base, he became artist-in-residence of the University of St. La Salle in 2000, and soon mentored a new generation of local filmmaking talents, which would later become Bacollywood. He won the Gawad CCP Para sa Sining in 2004, and was Honorary Awardee for Pioneering Efforts in Independent Cinema at the 8th Cinema One Originals Film Festival 2012.