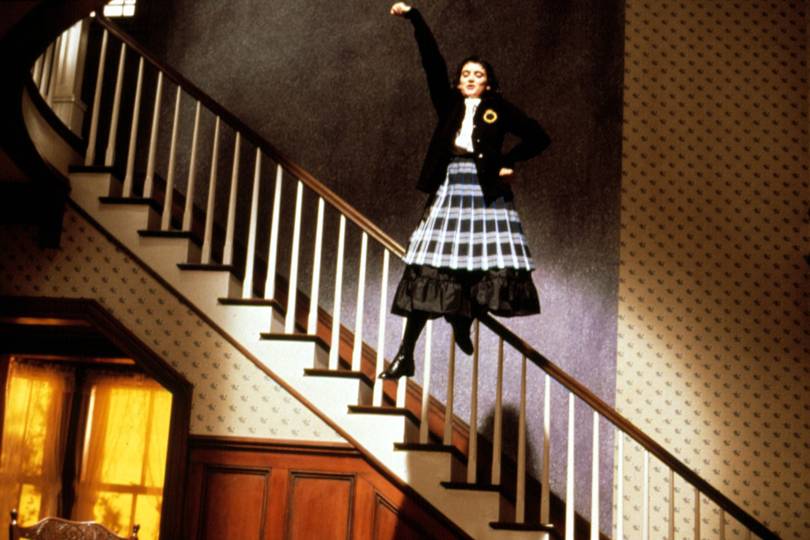 [11th of 100]. This film has to be the peak of the filmmaker's singular vision -- before that vision became a tick, sometimes working [Batman Returns and Edward Scissorhands], and often not [Big Eyes and Alice in Wonderland]. But you cannot deny the personality behind it: idiosyncratic, macabre, humorous. This is my favorite of the bunch, a perfect explosion of hijinks told in the story of a goth girl smothered by a family who are not in her wavelength, and finding family among the ghosts that haunt their countryside mansion. [And I haven't even tackled the title character!] Still, it is so much more than that drab description can encapsulate. I loved this film for its quirk and for its loving embrace of the weird and the strange: it taught me that not all that is lovely comes with bright sunshine and blooming flowers. What's the film?