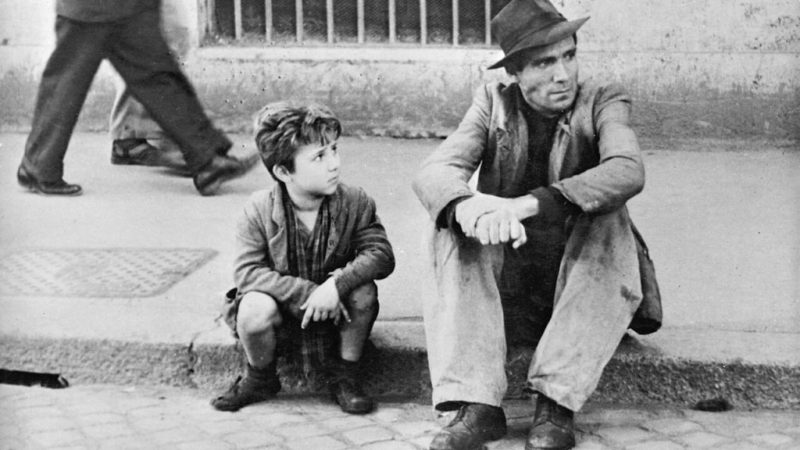 [13th of 100]. My first introduction to Italian neorealism was this wrenching drama about a father and a son in the margins of post-war Italy, trying to make ends meet and finding luck that they could bear the burden of manual work because of a bicycle. And then of course that bicycle gets stolen. This sets off the story as the melancholy pair searches all over the city for the bicycle, each encounter a gradual descent into hell. The social message is stark but incredibly not heavy handed. No pitying speeches here about class inequality -- just the eloquence of eyes deepening in despair. This is the film to break your heart. This is the film to teach you that art must mean something, must be a commentary on the society it comes from, and this is the film to teach you that you can attain that with restraint, with an eye for beauty, with a knowing quiet rage about the unfair world we live in. What's the film?