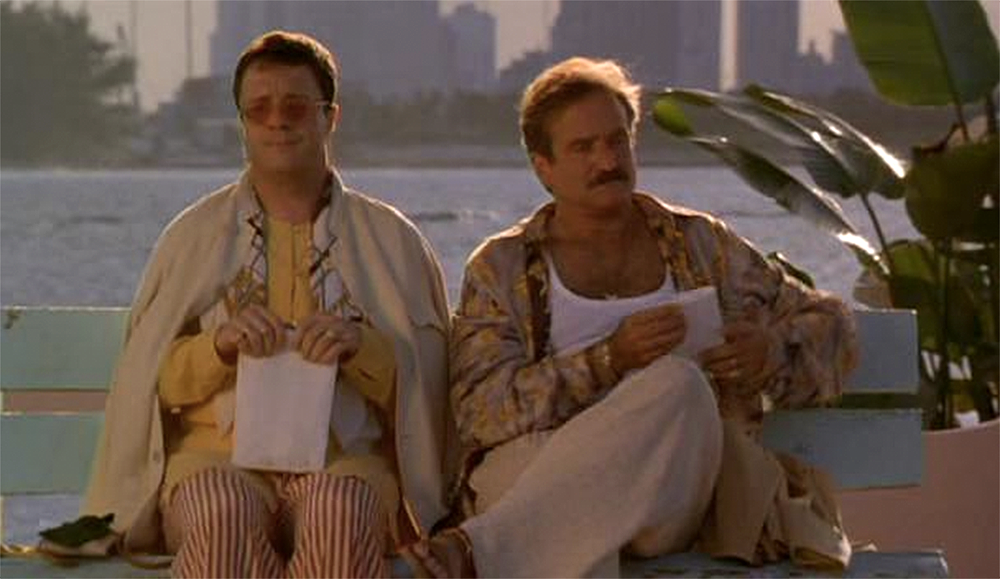 [14th of 100]. An American remake is never usually a good thing. The cinematic landscape is littered with the carcasses of misbegotten ventures, from The Vanishing [1993] to Vanilla Sky [2001] to The Wicker Man [2006] to Old Boy [2013] to Downhill [2020], give or take some relative success that still pale in comparison to their non-American original. But there's something about this remake that stands equal to its French inspiration. The bright South Beach, Florida colors? The confident direction? The scintillating screenplay by Elaine May? The mainstream visibility of drag queens pre-RuPaul's Drag Race? The glorious cast who embodied their roles and infused them with the magnetism of their individual actorly schtick? I say all of the above. Some of the sexual politics may no longer be as sharp in our contemporary sense of things, but the humor has withstood the withering/weathering demands of time. I still laugh at every joke, every pratfall. In the heart of it all is the dynamism of Robin Williams gilded by the gift that is Nathan Lane. What's the film?