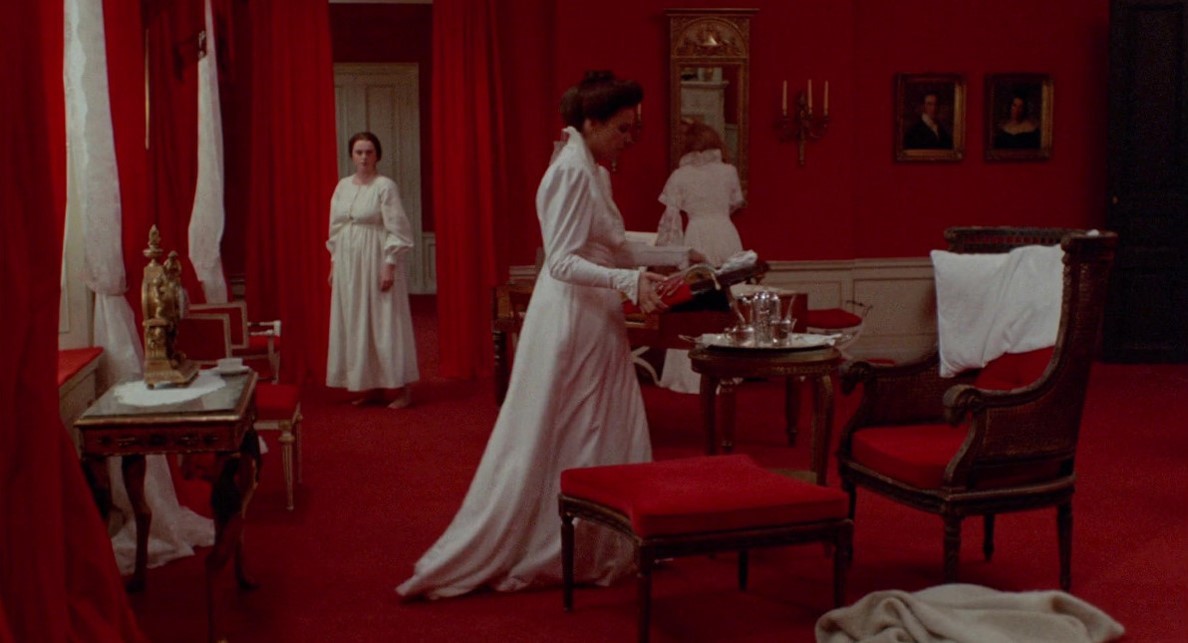 [24th of 100]. Of all this filmmaker's celebrated filmmography, this one is my emotional favorite -- although Fanny and Alexander [1982] is a close second and Persona [1966] a distant third. You cannot look away from this movie: it begins with shots of nature shrouded in fog, and as we enter a bedroom where we spy on the sleeping protagonists, the camera leads us to one sleeping face, which soon wakes, and then grimaces in quiet pain. But you cannot look away. And then the drama starts, and the movie, we see, is splattered with color [especially crimson] and shot with such careful composition, all of which somehow correlate directly with the pain bursting at its seams. Three sisters and a female servant come together in a secluded but sprawling estate to provide companionship to one of the sisters who is dying from cancer -- and from their interactions come charging themes of femininity and faith, and most of all, the meaning of suffering. And yet despite the grim sound of all of that, I found the film stirring with uncanny hopefulness and humanity best encapsulated by its closing sequence: a fantastical image of the four women dressed in white, carrying parasols, enjoying the sun and the trees as spring deepens, untouched by pain. It asks to consider all of life, its delirious ups and excruciating downs, but still come away believing that, “Come what may, this is happiness. I cannot wish for anything better. Now, for a few minutes, I can experience perfection and I feel profoundly grateful to my life, which gives me so much.” This has resonated with me forever. What's the film?