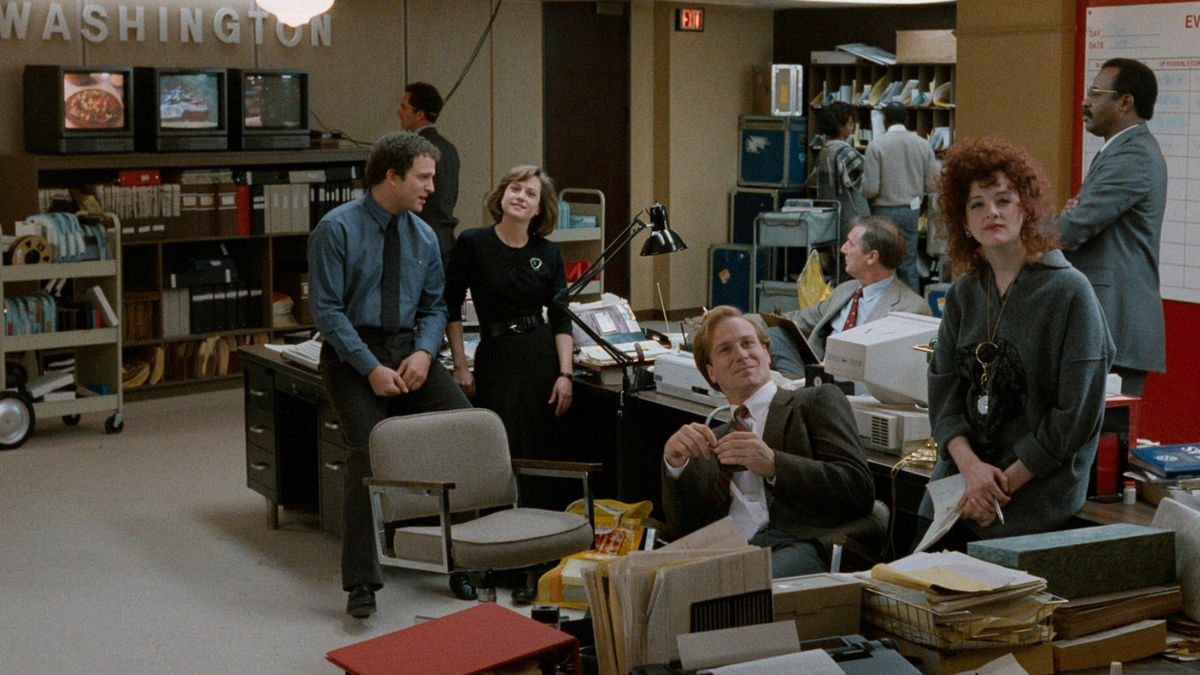 [16th of 100]. There are many fantastic films about the heroism of journalism in the face of assorted peril [All The President's Men, The Paper, Spotlight, The Post] and even some about its frailties [Absence of Malice, Shattered Glass, Ace in the Hole, Network] -- but the one that seemed to get under its skin the most is this film. It follows three broadcast journalists working for a major network -- a brilliant but prickly reporter, an ace producer, and a charming but unproven anchor -- and not only give us a kind of love triangle, but also a brilliant observation on the mechanics of the work, and what people would do to get the story and tell it well for the public good. It is also an incisive comedy of manners, and I think the film played a major part in my late teen's new dream to pursue journalism. And taking the film's cue, sometimes I just cry for no reason just to breathe. What's the film?