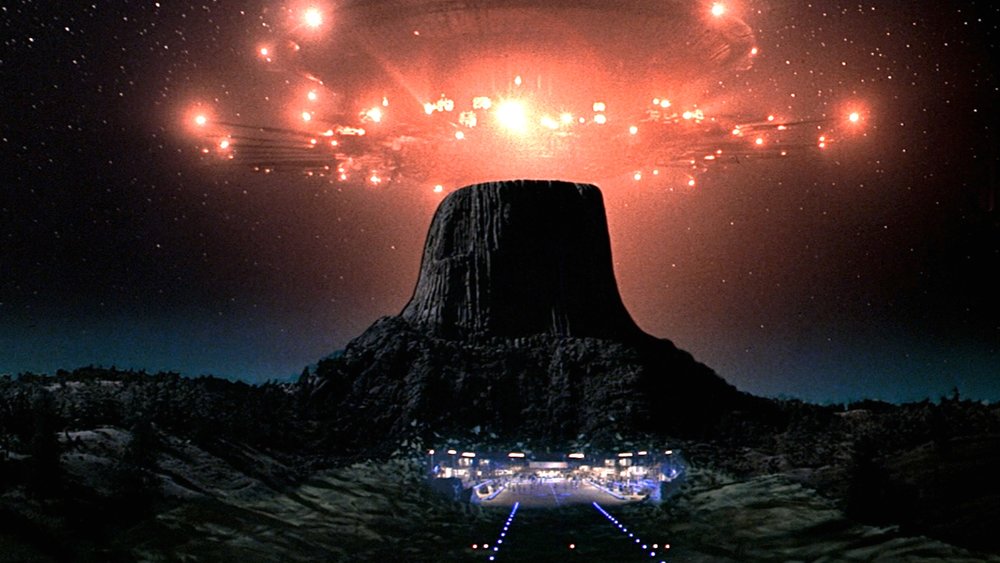 [20th of 100]. Whenever I see a sprawling adventure epic that has a huge cast and employs small but pivotal segments that take place in countless [often exotic] places, I see the fingerprint of this movie all over them. This movie's breathtaking stitching together of incidents that point to a mystery -- airport controllers noting reports of a UFO, scientists arriving in the deserts of Mexico to examine the sudden appearance of long lost World War II airplanes and being told by an old witness that the "sun sang," the same scientists arriving in India to be told by a mass gathering of people that the fantastical music they heard came from the skies, a mother and her toddler in Indiana suddenly being terrorized by mysterious lights -- made for a sweeping prologue that was breathtaking for its scope. It is such an influential narrative shorthand, we see it now in movies hoping to achieve the same feel for worldwidish scope, including 2012 or The Core or Godzilla. This movie also signalled the filmmaker's thorough handling of its story. And then to have that epic scope suddenly be dialled down to the singular tale of a troubled family man haunted by visions he cannot understand -- that shift was amazing. I never saw anything like this narrative when I first saw it on videotape in the early 1990s. It was my introduction to the filmmaker's work, and it is certainly an excellent primer to his cinematic vision, his conceits of storytelling, his directorial ticks. I was so taken by it, I even devoured the excellent novelization of it. What's the film?