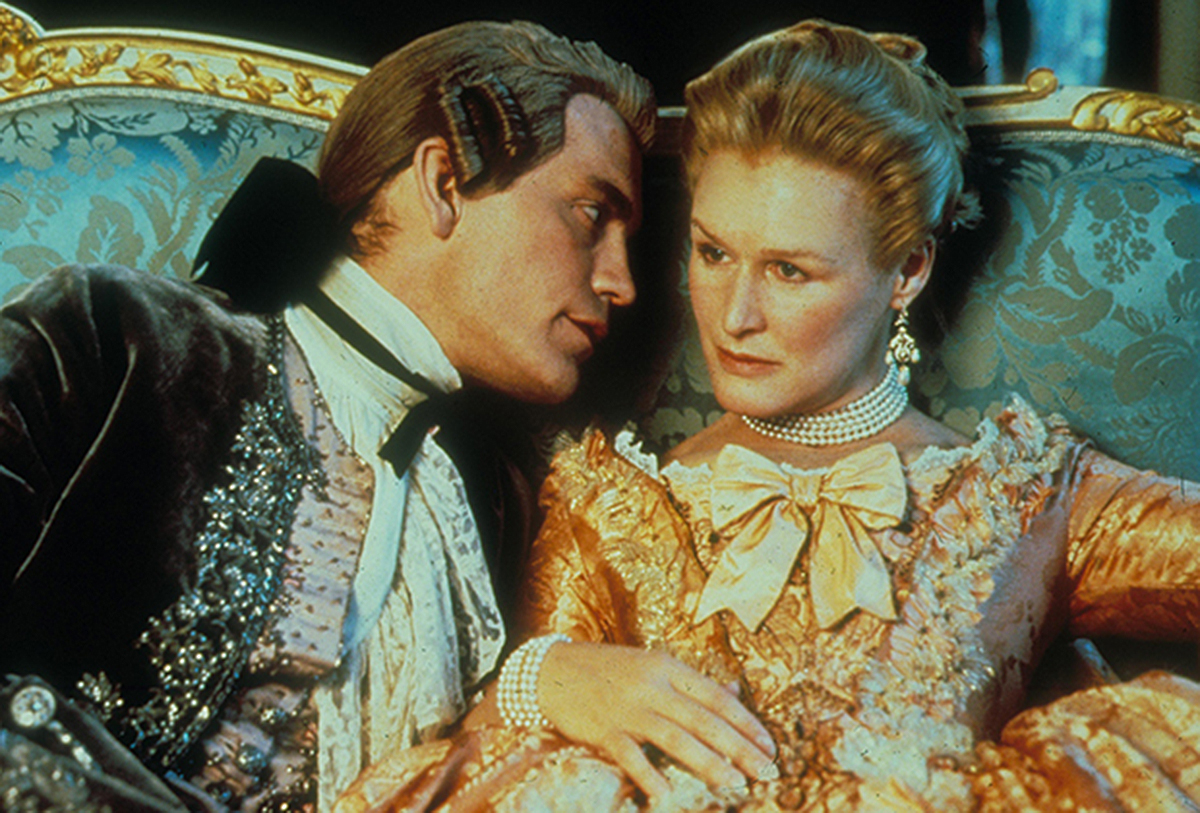 [25th of 100]. At the apex of this film, an adaptation of a play by Christopher Hampton from the deliciously late-18th century scandalous novel by Choderlos de Laclos, the two sexy and amoral predators of this tale take off their masks, and reveal the inner hurt that defines their motivations. The Marquise de Merteuil, indelibly played by Glenn Close, forces us little by little to listen to her shattering confession. Upon being asked by the Vicomte de Valmont how she had managed to "invent" herself, she replies: "I had no choice, did I? I'm a woman. Women are obliged to be far more skilful than men. You can ruin our reputation and our life with a few well-chosen words. So of course I had to invent not only myself but ways of escape no one has ever thought of before. And I've succeeded because I've always known I was born to dominate your sex and avenge my own ... When I came out into society, I was 15. I already knew that the role I was condemned to, namely to keep quiet and do what I was told, gave me the perfect opportunity to listen and observe. Not to what people told me, which was naturally of no interest, but to whatever it was they were trying to hide. I practiced detachment. I learned how to look cheerful while, under the table, I stuck a fork into the back of my hand. I became a virtuoso of deceit. It wasn’t pleasure I was after, it was knowledge. I consulted the strictest moralists to learn how to appear; philosophers to find out what to think; and novelists to see what I could get away with. And in the end I distilled everything to one wonderfully simple principle: Win or die." It is an assessment of human nature that I have come to more or less accept, although I still have some optimism left in me. I've printed out this monologue on a tiny piece of paper, which I have kept in my wallet since 1999, when I graduated from college and when I also saw its contemporized version in Cruel Intentions. I imagined myself then a Valmont if I were more sociopathic, but Merteuil's scathing "win or die" was the thing that shook me to the core. What's the film?