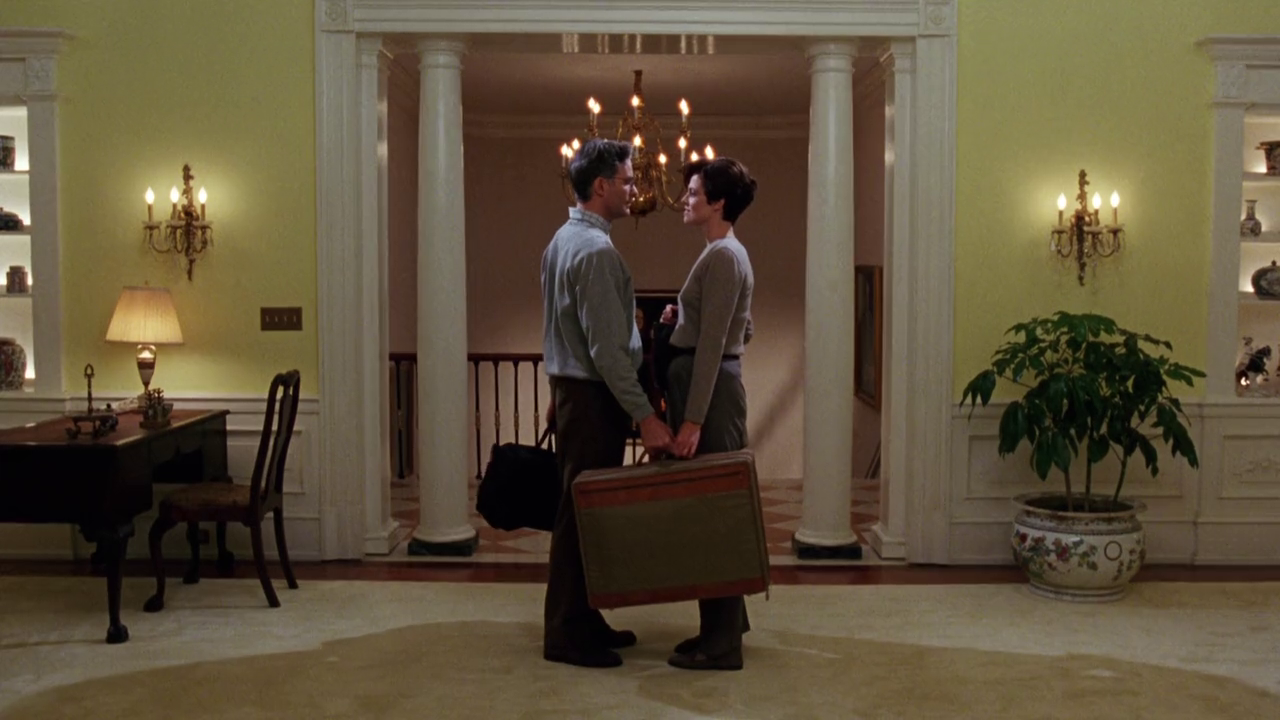 [26th of 100]. The sheer delight of this political comedy has remained with me ever since it came out in 1993. For the longest time I could not think of anyone positively presidential and first lady-ish except its leads, a pop cultural precursor to the Obamas, if you think about it. It lampoons Washington, D.C. politics but also underlines their gravity, and I think it is that combination that has made this movie more memorable than its makers probably set it out to be. In the film, we meet an every day Joe, the proprietor of a temp agency who moonlights as an impersonator of the American President in their little town simply because -- well, he looks very much like the President. Strange circumstances take him to D.C., and stranger circumstances lead him to actually take on the job of the presidency -- as a puppet of ambitious insiders. This sounds like a grim political drama, but it is a testament to the brilliant alchemy of direction, screenplay, and action that what we get instead is a lampoon of the highest order: intelligent, warm-hearted, incredibly funny. It is also, I think, the pinnacle of the director's signature light touch in filmmaking -- and that's speaking of a filmography that includes the two Ghostbusters movies, Twins, Meatballs, Kindergarten Cop, and Junior. This one towers above them all. What's the film?