10:04 PM | In Dumaguete, The Arts Flourish, Part 1: An Invitation to the Republic

We begin on May 7, a Saturday night. It was the weekend before the national elections, and there was an electric quality to the air that was palpable. You could not tell, in hindsight, what that meant: perhaps anticipation, perhaps nervousness, perhaps hope. For the past few months, when the election season began and then crested, all there was in Dumaguete were talks of politics and the unbelievable incivility the discourse took shape in on social media. But there was no getting away from it; whether we liked it or not, especially in pandemic times, Facebook was virtual community center, occasionally good for humanity, often poisonous. But here we talked and posted information and commiserated and quarreled and unfriended each other—a raucous platform that we clung to like a toxic co-dependency.

It was, nevertheless, also the best way to make information fly the fastest.

For example, it was on Facebook Messenger that, at 6:38 PM on May 7th, we got the ping from Dumaguete visual artist and entrepreneur Babbu Wenceslao, with this notice: “Opening pop-exhibit at El Amigo Art Space tonight 9:30 PM… Drop by if you guys have time.” We were finishing a day’s worth of work and my nth cup of coffee in a Rizal Boulevard café. A pop up exhibit sounded like the perfect way to end the Saturday—and El Amigo was only a stone’s throw away.

The exhibit was Republic, which—according to the artist himself—was a “re-view of past pieces [and] art works” he had done and “publicly shown elsewhere [except in] Dumaguete, before the pandemic.” And indeed, the five pieces that make up this pop exhibition have been shown in Manila for the NCCA Gallery in 2019 and in Hobart for the Australian Ceramic Triennial also in 2019. But Wenceslao had brought them out again on the eve of the election, because he found the pieces somehow relevant to the current discourse—the past informing, even predicting, the present. (As it very well should.) Hence the exhibit’s title—“Republic”—immediately inviting us to see the art as a reflection of the state of the country.

Mr. Wenceslao acknowledges the political bent of the exhibit: “Making an artwork is for the present and the future, but its tactile and intellectual engagement is largely shaped by the past. How we remember and what we make of memory manifest in the means we take in the present. Yet the collective memory of our country is currently in controversy. The narrative of our not so distant history is being reshaped and retold by powerful machineries to re-install and rationalize a corrupt political regime of old.”

He ends his statement with a prescription: “A way to resist this is to remember. To reclaim memory on our own and to retell. To look into the past for archived truths and bring them back to light for more people to use.”

What Mr. Wenceslao has done to reflect this is clear enough in the pieces we see in Republic—both in the elliptical and in the blunt. An untitled work consisting of stoneware shaped like six pieces of fish in a bowl surrounded by actual forks reminds me of how we often analogize the country’s poverty in terms of galunggong. But here, even this so-called poor man’s food proves scant, about to be devoured by too many forks, their pointy ends like talons of constant hunger. This is our country, Mr. Wenceslao says.

The other pieces—“Istambay” [stoneware, epoxy, and wood], “Vulcanizing” [stoneware, epoxy, and LED], and “Living in Shallow Waters” [acrylic on canvas]—are reflections of other societal concerns, especially climate change. But the exhibit’s pièce de résistance is “Botobaboy’s Elechon de Leche,” a slap of a statement in mixed media [wood, resin, fiber, motors, LED, and wires] that could very well be Wenceslao’s reason for releasing these works in the time he has chosen. The work is a specter of the election season: three resin pigs rotating under the titular banner, with one more slogan to underline what was being said: “Cooking since 1972.” You have to be obtuse not to know what that year means, or what “cooking” means, or what the “pigs” mean. Before the elections, the piece made us laugh. After the elections, the piece became a grim rebuke or wake-up call for our complacency. Never again? Not if things have been cooked, like lechon baboy, a long time ago.

What I also like the most about Wenceslao’s exhibition is how it comes to us without any fanfare or build-up—just a simple and unexpected two-line invite via Messenger; and also how large it seems in the complexity of its political statement, even when in reality the show is small—a pop-up in a small gallery in the middle of a small city. The whole thing belies the “bigness” of its final import.

In the larger scheme of things, Mr. Wenceslao’ pop exhibit reminds me of how the Dumaguete arts scene of late—unexpectedly thriving in the midst of the pandemic—straddles that line between simplicity and complexity in the flourishing that it basks in right now.

This is a story of that flourishing. 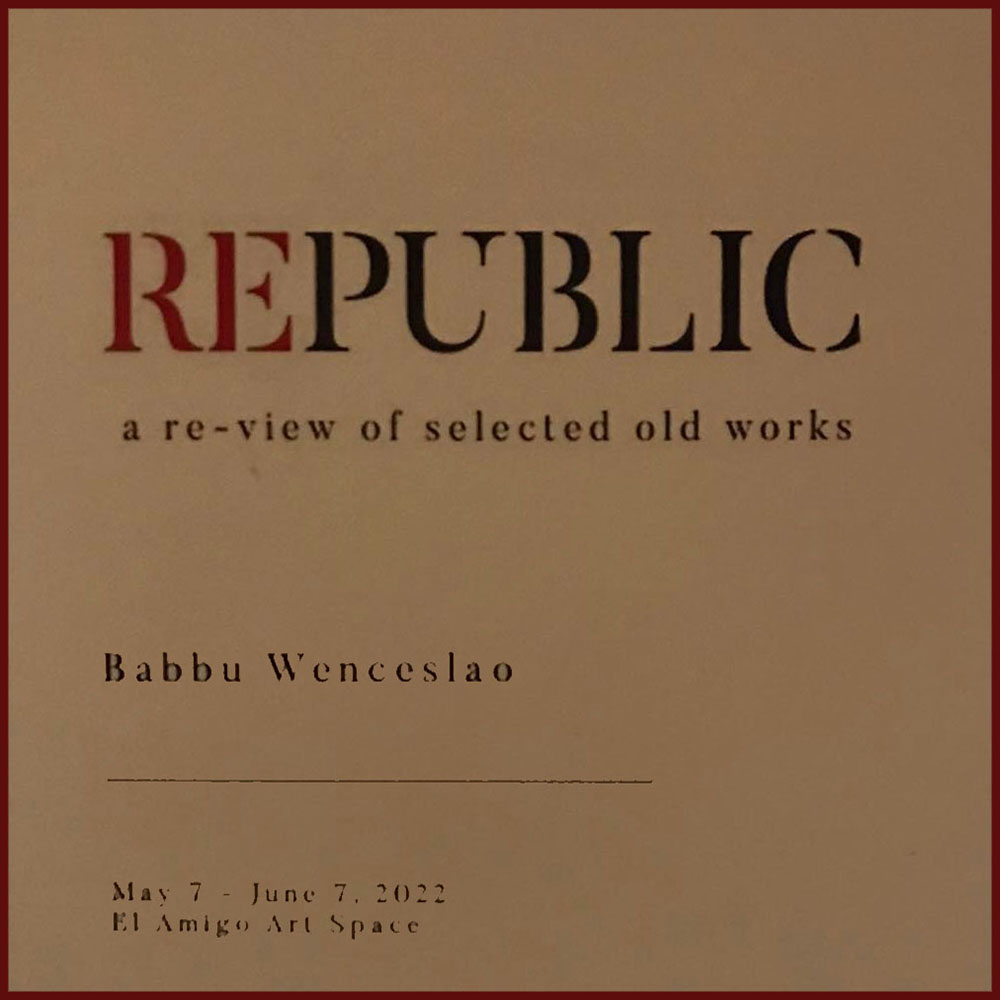 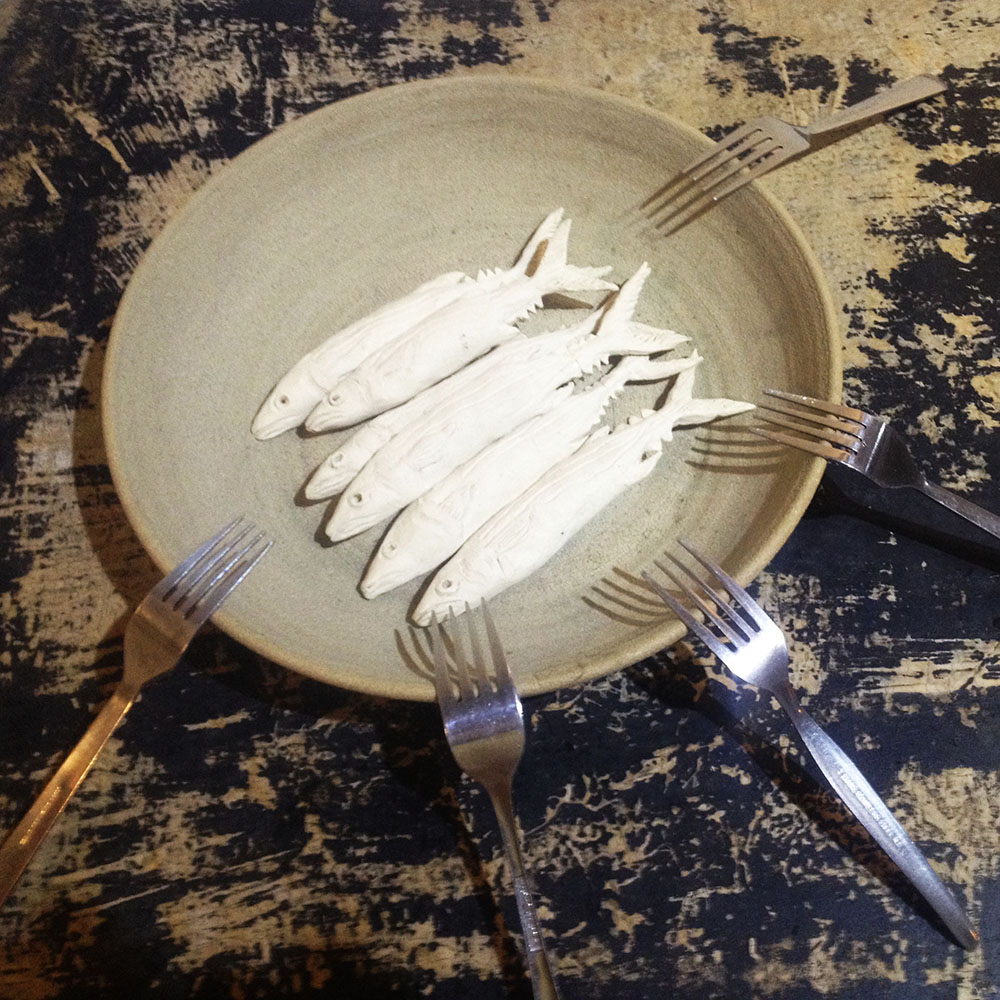 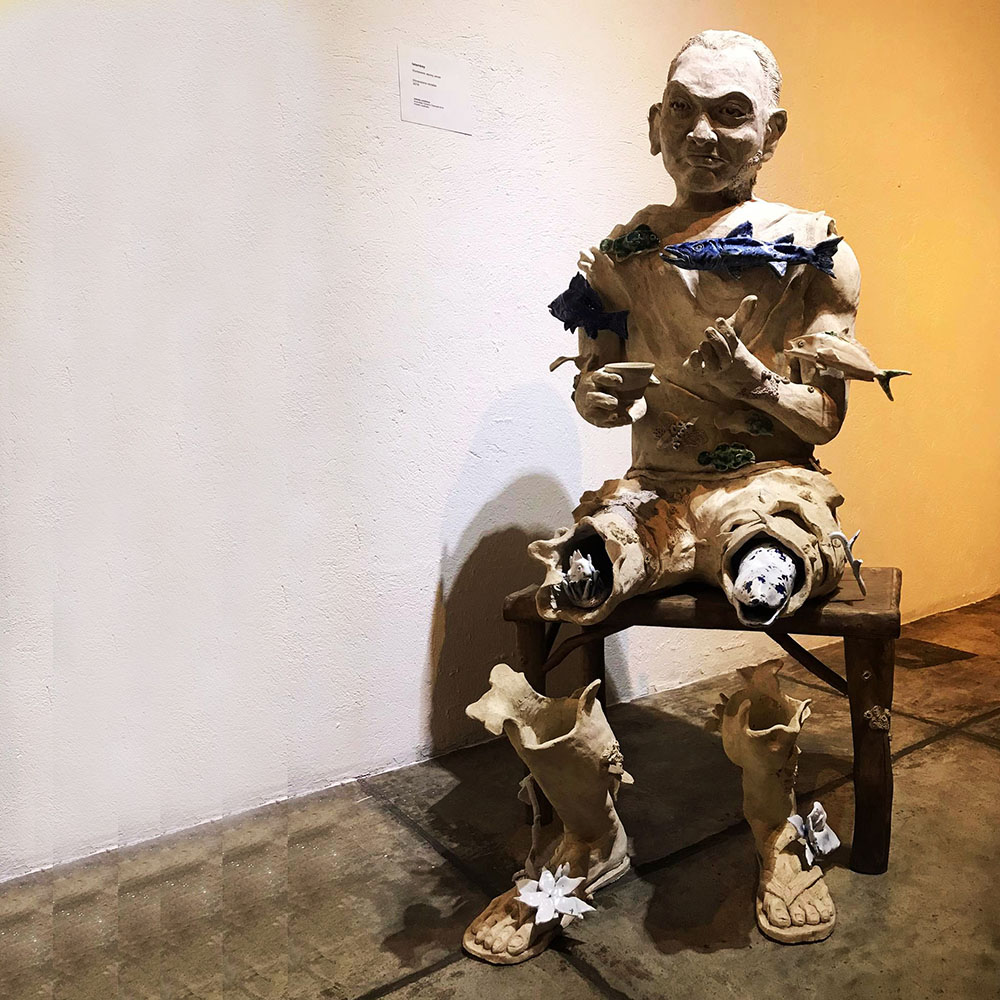 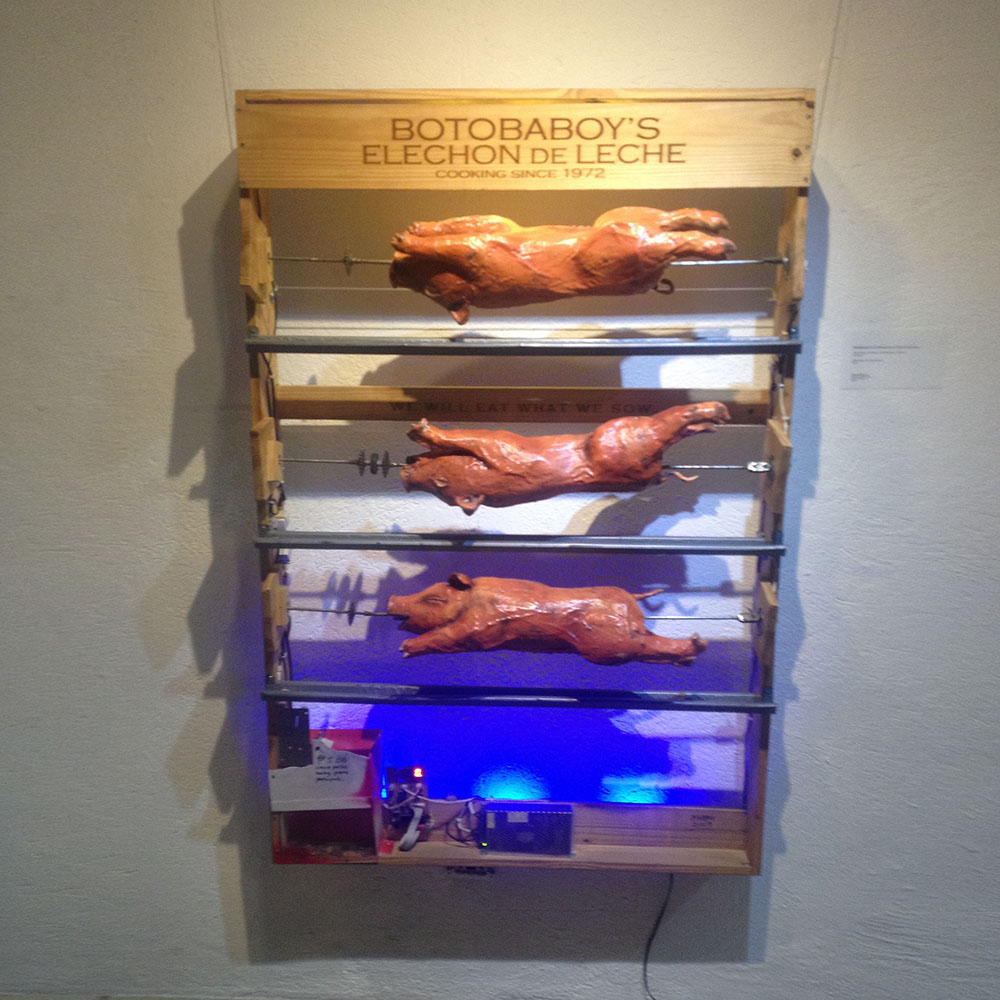