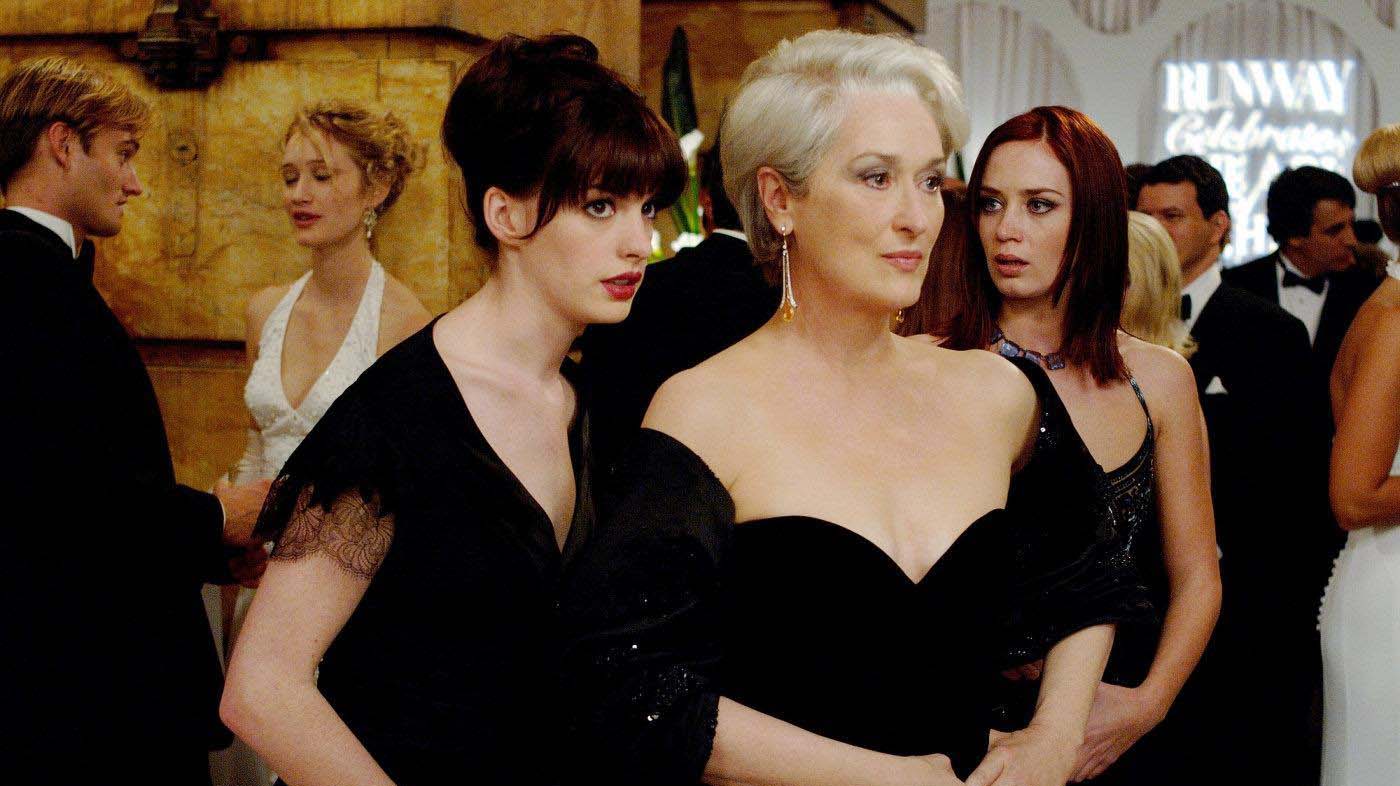 [30th of 100]. I read the novel by Lauren Weisberger in 2003 because it was making headlines as the barely veiled take-down of Vogue editor Anna Wintour. I found the prose excruciating, but it made me laugh. It was precious and glamorous and I was amused by its willing embrace of its sensationalism, but I never saw the appeal. So when they announced the movie adaptation three years later, I was intrigued over what Meryl Streep could bring to a character that was more or less a cardboard cutout. I was in for a surprise, and it proved the rarity: that sometimes, like in The Godfather, the film is so much better than its trashy origins in fiction. It unspooled like the smoothest of pop concoctions -- the music, the knock-out fashion sense of Patricia Field, the performances, with the titular devil given more dimension and nuance without sacrificing the devilishness. Granted there are one or two things that grate, like the worthless friends and boyfriend who are inexplicably made out to be moral compasses, but this movie is an exemplar of commercial filmmaking. There was a time in the very recent past when I'd play the opening credits of this movie every morning, imbibing in the gloriousness of that wake-up-and-let's-get-ready-to-go-to-work sequence to the tune of KT Tunstall's "Suddenly I See." Watching this together with R. J. Cutler's The September Issue, the documentary that was more or less Wintour's response to the book and film, makes for an aspirational combo that delves into the drama of creativity. What's the film?