The year that was—2011—has been a strange year. “I’m ambivalent about it,” my good friend Arlene Delloso-Uypitching tells me in a quiet note that tries to register all things in the recent past. I think back as well—and I know that I have been very happy, and I have been very sad. A seeming endlessness of both. Do we talk of the same gradient of things in the world?

And so this December ends, and the old year with it. In the waning days, when we have the strength for it, we also begin to catalogue the lives we’ve lived the past 365 days. The chill in the air is battery for remembrances and for this emotional accounting. As the bed weather—the exquisite remnant of a big storm—drags on, we find ourselves hanging on to the comforts of our beds, the only palpable joy within arm’s reach. We let the Christmas songs we play wash over us, each one underlining with a certain thoroughness what we feel. Happy. Sad. Ambivalent.

(I have taken to listening to Michael Buble’s cover of “All I Want for Christmas is You” from his Christmas album. It veers a long distance away from the manic cheer of Mariah Carey’s version of the song, and carries with it a strange mix of melancholy and hopefulness. I listen to the song in repeat mode, ten thousand times a day. I don’t know what that says about me.)

The brighter side of the year brims with good things. In that sense, it is one year I am not exactly ready to say goodbye to. And yet in the light of the disasters that have dimmed considerably the Christmas festivities, especially in my city of Dumaguete, it is also one that seems best ended, as soon as possible, if only for us to take in the phantom promise of new beginnings.

Everyone needs new beginnings. While the New Year will always be a kind of arbitrary marker—a fiction really to convince ourselves we can control and mark time and the dramatic arcs of our lives—it has become a kind of deeply-ingrained cultural convenience for blank slates. Fresh starts. Fervent resolutions. I think I have come to appreciate this very human wish to start over. The cynics among us call the effort “useless hogwash.” I can’t blame them, given human frailty and the crazy world we live in. But one learns to pity these dried up souls. Because if one has lost hope in our individual capacity to change for the better, what else is there except the abyss?

Sendong has been a sobering experience, if in retrospect. I slept through it, given the marathon of pre-Christmas parties that came before it. While I slept, the city was drowning. The riverbanks and once placid creeks were gorging up a voracious hunger of muddy water and trash. When I woke up that Saturday afternoon, post-storm, it was to an atmosphere of unbearable quiet I could not give a name to. The city was at such a stand still, and when I went out of my apartment in Tubod (which had miraculously escaped from the instant madness of a lake that swelled only a few meters away), the sun was already faintly shining in the sky.

But there was a taste of mustiness and destruction in the ether. I didn’t know it then, of course. I thought it was only a storm giving way slowly to the inevitable sunshine and the humidity that comes after. The water had subsided. I remembered feeling irritated over the closed shops and the tricycles that never materialized. When friends from afar began texting, “How are you in Dumaguete?” with concern laced all over, I innocently replied, “I’m in the mall. But I heard there was a big flood.” I would soon feel guilt, of course, when the horror stories began trickling in. How a colleague almost drowned in her own kitchen. How another colleague’s elderly mother struggled to get up to her roof as the water levels rose. How my mother’s male help had his house demolished by the mad gush of water. How a pregnant waitress we knew in our old watering hole was carried off to her death. 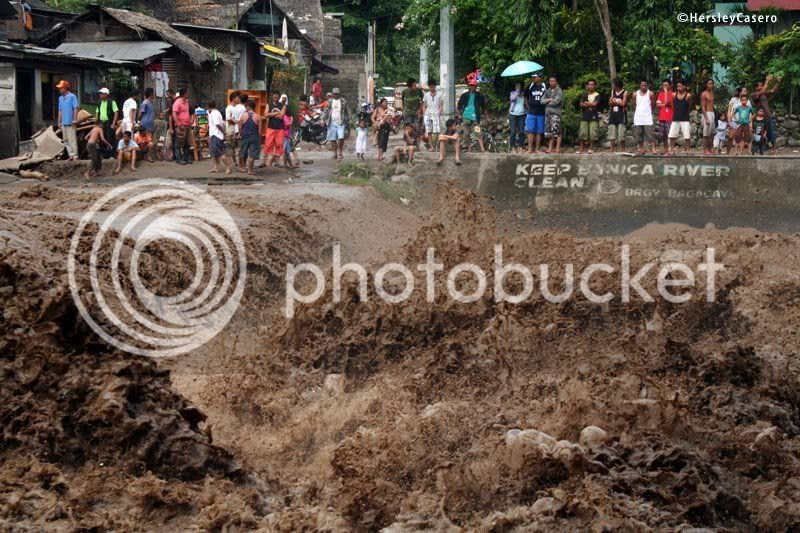 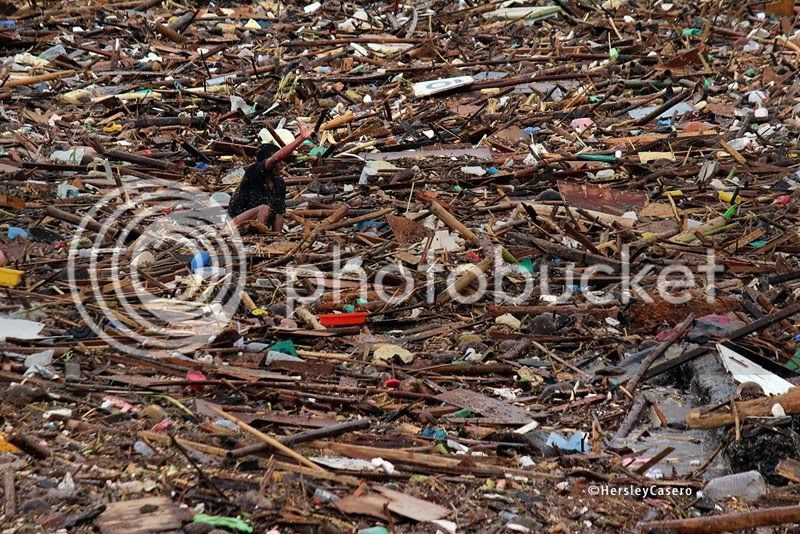 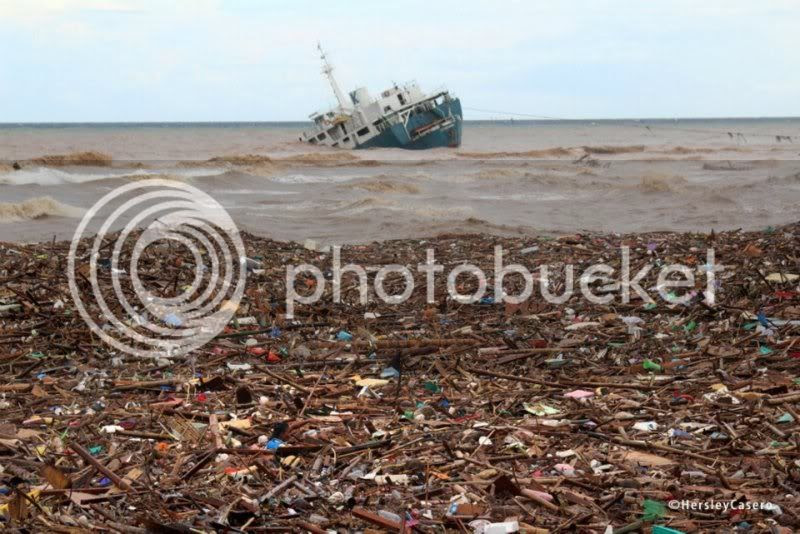 We became subtly schizophrenic about things. How to properly register horror and sadness, while not exactly canceling Christmas? The cheers were muted, and though we still celebrated, it was with a somber underlining to things. And so it was that we dressed to the nines—as planned—to the Sunday party with good friends, something concocted by Mariekhan Edding, Au Tabara, and Anna Katrina Espino. And so it was that we met on Monday with high school classmates as we celebrated both a house blessing and the holidays over at Niña and Eugene Kho’s. And so it was that we went to the festive and traditional Christmas party by my Wednesday reading group, and partook of ham and turkey and pecan pie, a reading of both Dr. Seuss’ How the Grinch Stole Christmas and the last chapter of Charles Dickens’ A Christmas Carol, and singing of Christmas carols till near midnight at President Ben and Gladys Malayang’s. And so it was that we spent our Christmas Eve dinner at Don and Arlene Uypitching’s for their annual holiday feast in Valencia, which was breathtaking as usual. And so it was that we spent the early hours of Christmas morning with mother over the remains of lechon, which had lovingly devoured by family. 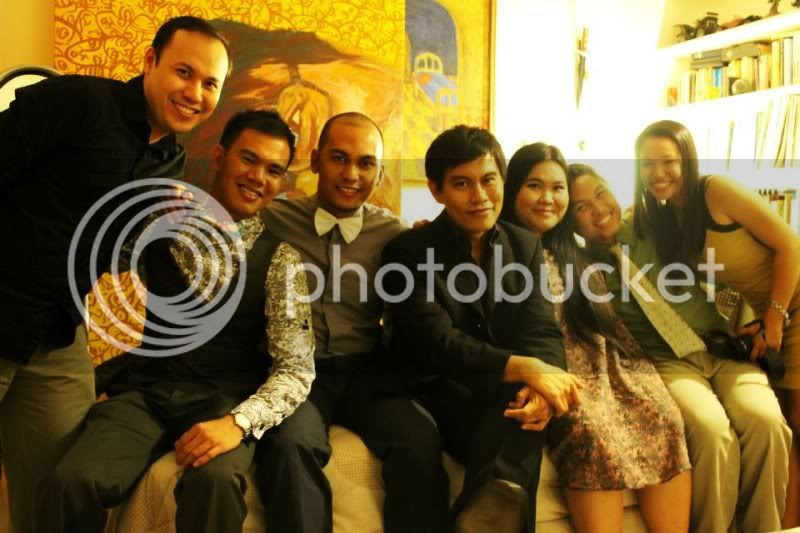 And so it was, too, that we began helping mobilize relief efforts—which never seemed enough—for those who could not celebrate because of Sendong. And for this, we have many people to be thankful for: the people at Silliman Church, Greg and Bernie Morales, Jojo Antonio, Jacqueline Veloso-Antonio, Angeline Dy, Babes Utzurrum, among many others. There were many people who rose to the occasion and bought or gathered donations of water, food, clothing (especially underwear), toys, medicine, and distributed them to badly-hit areas all over Negros Oriental. There was also a massive injection of help from Gang Badoy and RockEd Philippines, to whom we give an infinity of thanks. It is enough to restore one’s faith in humanity.

In the final analysis, I guess ambivalence is good. Being both happy and sad, both. They underscore so thoroughly the gravity of the other—and I guess that’s the kind of lesson best learned for the New Year: to embrace all happiness, to weather all sadness, to accept that both are the very fulcrums of our fullest lives.

And for the holiday season, we owe it to ourselves to turn to each other and give great cheer above the bleakness that surrounds us, and to also extend comfort where it’s most needed. I have been blessed to find friends who are capable of doing this precarious balance. Thanks to all of you, and if only because one has friends like you one can truly say one’s year has been blessed.

Those badly hit by Sendong in Dumaguete need medicine, food, clothing, and water. If you want to extend help and donate to RockEd Dumaguete’s Sendong relief efforts, please email us at ian.casocot@gmail.com. Or call 09166652214.